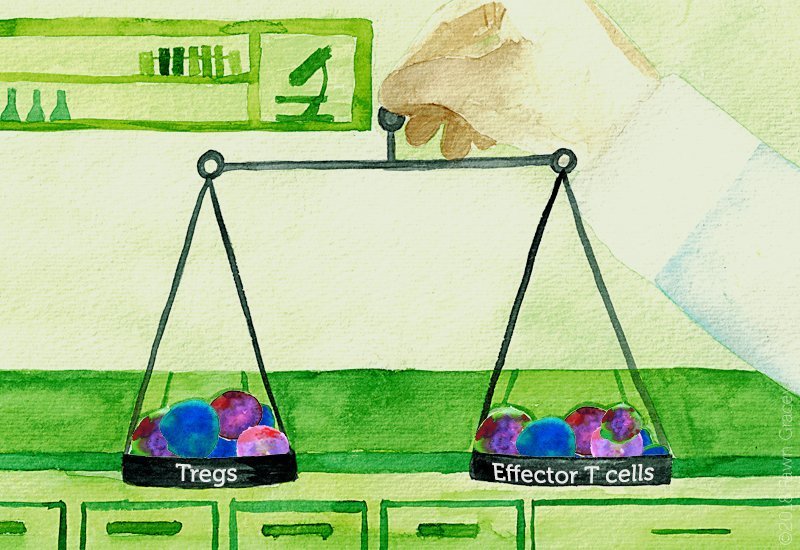 Currently, people receiving organ transplants must take drugs to suppress the inflammatory immune response that leads to rejection. Even so, almost all recipients eventually lose their transplant. A new approach, which maintains a population of immune cells that naturally temper immune responses, could greatly enhance people’s long-term tolerance for transplants, report researchers at Boston Children’s Hospital.

In a study published July 3 in the American Journal of Transplantation, increasing the activity of a regulatory protein called DEPTOR in immune cells enabled heart transplants to survive in mice much longer than usual.

In initial experiments, the mice received no immunosuppressive drugs, and heart transplants survived for an average of 7 days. But in mice with genetically enhanced DEPTOR activity in their T cells, average transplant survival was 35 days.

“We got prolonged graft survival in the mice, similar to what you would see with standard immunosuppressants,” says David Briscoe, MB, ChB, director of the Transplant Research Program at Boston Children’s and the study’s senior investigator.

The most exciting results came when DEPTOR enhancement was combined with immunosuppressive drugs. These mice appeared to develop transplant tolerance: their transplants survived almost indefinitely (100 days or longer). 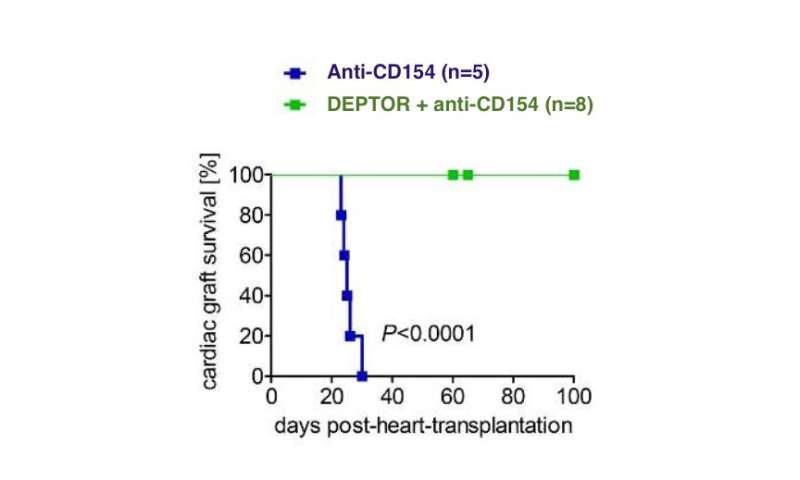 Standard immunosuppressive drugs suppress transplant rejection by curbing effector T-cell responses. But the study suggests the possibility of adding a second approach: enhancing and stabilizing the regulatory T-cell response via DEPTOR. In multiple experiments, boosting DEPTOR activity within Tregs made them more long-lived and functional.

“Normally, when a recipient’s immune system ‘sees’ a transplant, Tregs are overwhelmed by the effector T cell response and cannot shut down inflammation. They may even become effector cells,” says Johannes Wedel, MD, Ph.D., a postdoctoral fellow in the Briscoe lab and first author on the paper. “But when we turn on DEPTOR, they don’t do that—they remain stable and active, and potently inhibit rejection-causing effector cells.”

The effects of enhancing DEPTOR seem to be specific to Tregs; turning DEPTOR “on” in effector T cells didn’t inhibit organ rejection. But in Tregs, enhancing DEPTOR was enough to tip the immune system toward long-term transplant survival.

To better understand how DEPTOR functions in T cells, Briscoe and colleagues collaborated with David Sabatini, of the Whitehead Institute for Biomedical Research, and Mathieu Laplante, now at Université Laval (Quebec City), who originally identified DEPTOR in other cell types. Wedel worked with Peter Sage, Ph.D., of Harvard Medical School, to sequence Tregs’ messenger RNA to see what genes DEPTOR was turning on and off. Many of the genes that came up as “hits” are involved in cell metabolism.

“Metabolism of T cells is very important to their function,” says Wedel. “By boosting the activity of DEPTOR, we can shape metabolism in a direction that makes regulatory T cells much more stable and more active.” 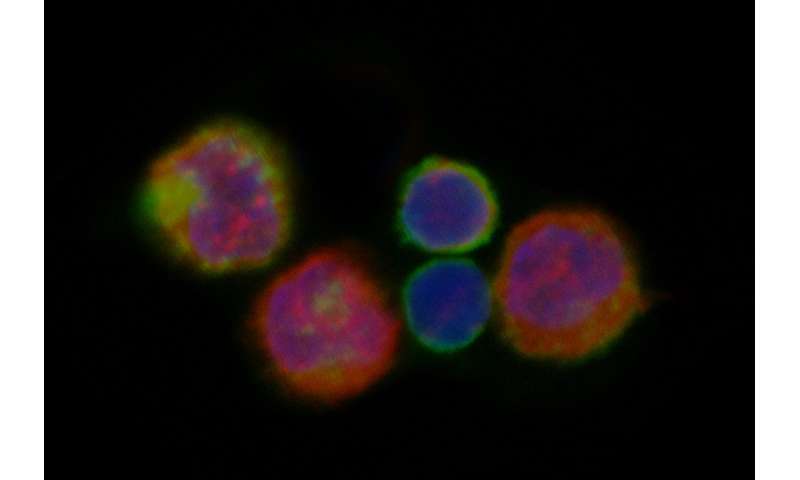 Briscoe thinks the study findings also have potential implications for treating autoimmune disease. “Classically, Tregs are not fully functional in autoimmune diseases,” he says. “So enhancing Treg stability or activity could help.”

While the study used a special “knock-in” mouse that allowed Briscoe, Wedel and colleagues to turn on DEPTOR expression, Briscoe thinks it may be possible to boost DEPTOR with drugs. Existing compounds known as Cullin-RING E3 ligase inhibitors are known to increase DEPTOR activity by preventing its destruction.

“We are interested in identifying specific DEPTOR enhancing agents and moving this area of research forward in pre-clinical models,” says Briscoe.

Briscoe envisions two possible forms of treatment. The drugs, with some formulation work, could be designed to be given to patients directly, along with immunosuppressants, to maintain a stable, functional pool of Tregs that suppress rejection. Alternatively, Tregs isolated from a patient’s blood could be manipulated genetically or treated with a DEPTOR-enhancing drug to make them more stable, then reinfused back into the patient.