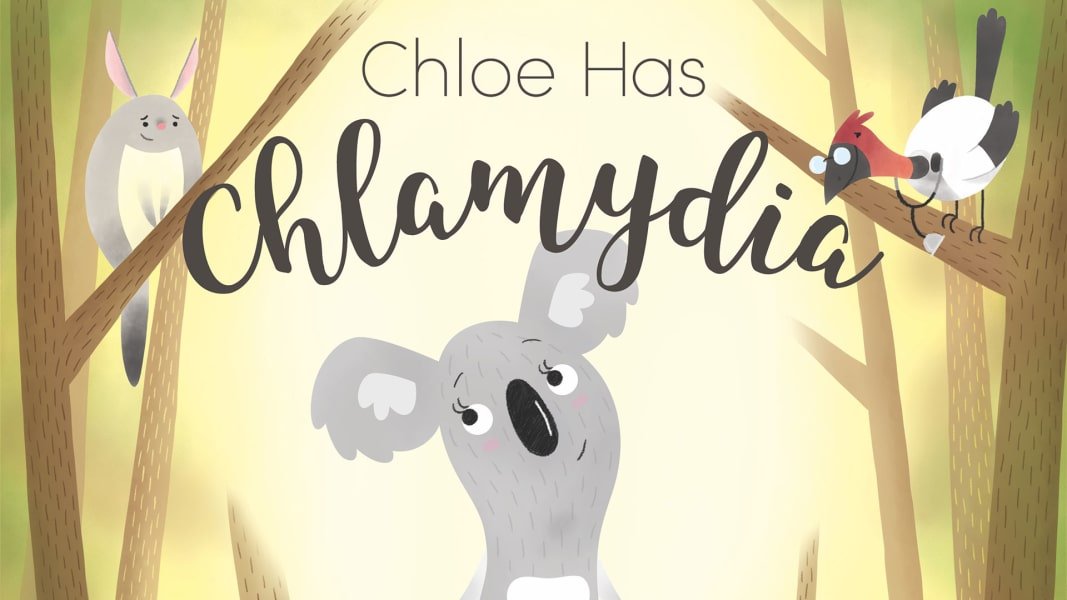 Talking about sexually transmitted infections is never fun or easy, but a new book is aiming to change that. Chloe Has Chlamydia is a picture book for young adults that tells the tale of a koala who has a little bit too much fun in the book, resulting in her contracting a case of chlamydia.

Written by Jackie Prince and illustrated by Liesje Kraai, Chloe Has Chlamydia is part of the trending genre of humorous illustrated books for adults alongside recent works like Go the F**k to Sleep, Adulthood Is a Myth and A Day in the Life of Marlon Bundo.

So, how does Prince, someone with a background in marketing and advertising, decide to write an adult picture book on STIs?

“My job is understanding people and audiences and figuring out a way to work with them in a way that will resonate and accomplish goals,” Prince tells SheKnows. "My focus has shifted in the past four years to more social-impact marketing.” She says that she has worked with several clients in the women’s health space recently, and it’s an area she’s very passionate about.

Last year, Prince was taking a creative writing course to work on a completely different book when she learned about the current STI epidemic in the United States thanks to the Centers for Disease Control’s annual report. Around the same time, her managing director, who is Australian, mentioned how koalas are in the midst of a chlamydia crisis. And that’s when Chloe was born.

“I started looking into sex ed, and I thought there was an opportunity to create something with a total different approach that was fresh, approachable, accessible and fun,” Prince says.

She also started doing some research into the koala chlamydia problem, and according to National Geographic, some populations of the marsupial have nearly a 100 percent infection rate. The epidemic received additional attention when comedian John Oliver did a segment about koala chlamydia on his late-night show on May 6.

"My first reaction when I learned that koalas have chlamydia was that they’re cute and you don’t associate animals with those things," Prince explains. She also decided to opt for a beloved, cuddly protagonist that wasn’t human.

"The beauty of a koala is that there’s no ethnicity attached to her," Prince says. "I really wanted it to be inclusive."

So, who’s going to buy a picture book on a koala with an STI? Prince says the book was written with young adults in high school and college in mind. She’s also hoping parents of young people will be able to use it and find having a physical, humorous book on the subject may be an effective way to spark a potentially uncomfortable conversation.

Ultimately, Prince hopes that by discussing topics like chlamydia, it’ll help normalize and open up the conversation around sexual health. In addition to trying to destigmatize STIs, Prince is donating 10 percent of book proceeds to STI screening at Planned Parenthood.

“My aspiration is to shift the dialogue from something that’s embarrassing and shameful to something that’s powerful and accepted,” Prince adds. “I want young women and men to pick up this book and feel good about it and let it empower them to take more control over their own sexuality.”

Chloe Has Chlamydia is available for preorder now and comes out on July 10.