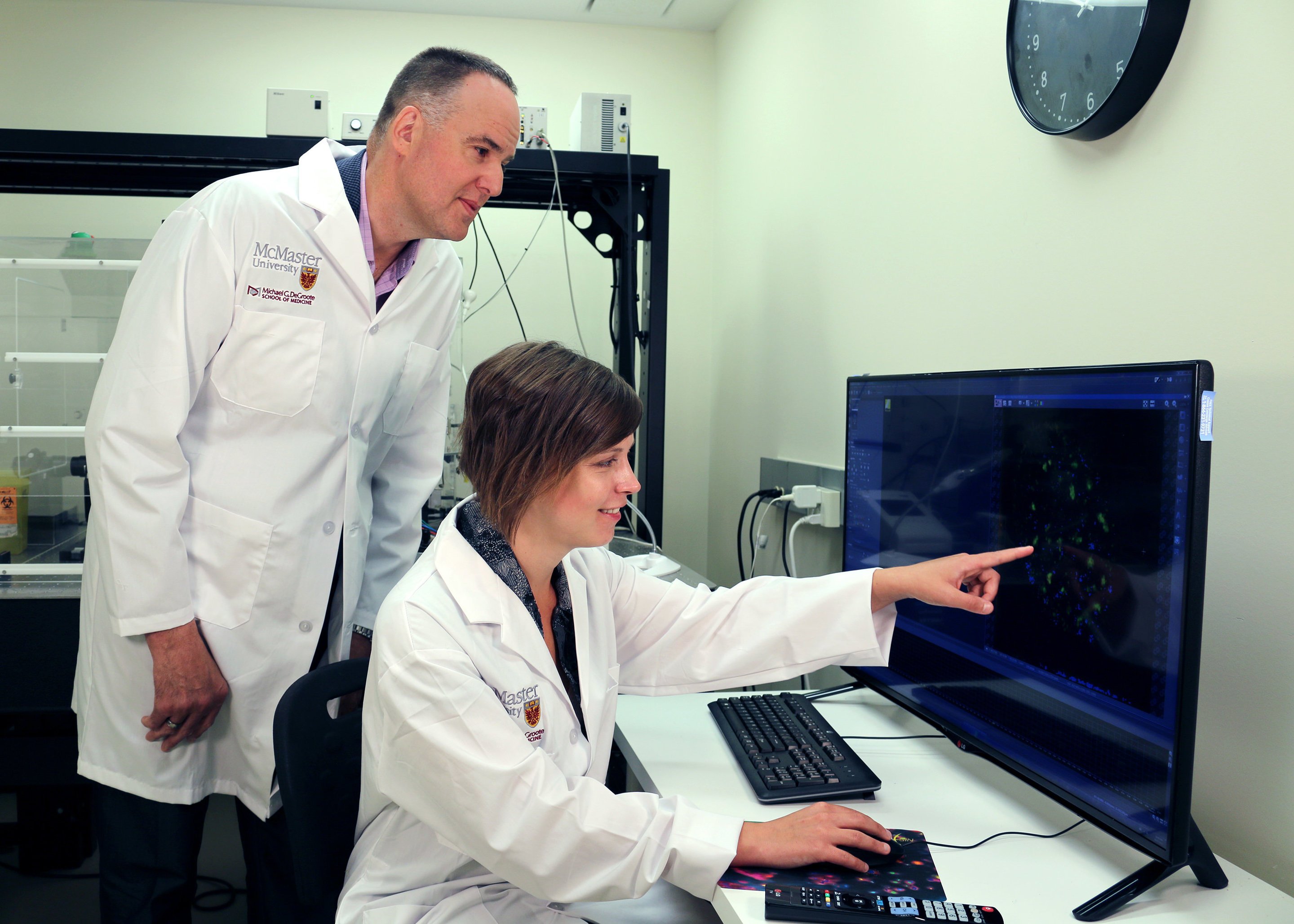 McMaster University researchers have developed a new theory on Huntington’s disease which is being welcomed for showing promise to open new avenues of drug development for the condition.

A study developing the new hypothesis was published today in the Proceedings of the National Academy of Sciences (PNAS).

“The concept was that if we applied the signalling molecule back in excess, even orally, this signalling can be restored in the Huntington’s disease mouse brain,” said Laura Bowie, a Ph.D. student in the Department of Biochemistry and Biomedical Sciences at McMaster. “The net result was that we fixed the modification of huntingtin not seen in mutant huntingtin in Huntington’s disease.”

Using this hypothesis, the study team discovered a molecule called N6-furfuryladenine, derived from the repair of DNA damage, which corrected the defect seen in mutant huntingtin.

Truant argues that the traditional and controversial amyloid/protein misfolding hypothesis, where a group of proteins stick together forming brain deposits, is likely the result of the disease, rather than its cause.

He said he considers this paper the most significant of his career.

“This is an important new lead and a new hypothesis, but it is important for people to know this is not a drug or cure,” said Truant, professor in the Department of Biochemistry and Biomedical Sciences at McMaster.

“This is the first new hypothesis for Huntington’s disease in 25 years that does not rely on the version of the amyloid hypothesis which has consistently failed in drug development for other diseases.”

Huntington’s disease is a hereditary, neurodegenerative illness with devastating physical, cognitive and emotional symptoms. Worldwide, approximately one of every 7,000 people can develop Huntington’s disease. Currently there is no treatment available to alter the course of the disease.

The study is an original and important contribution to the field of neurodegeneration, says Yves Joanette, scientific director of the Canadian Institutes of Health Research Institute of Aging.

“This research shows how complex and diverse the routes to neurodegenerative processes in the brain can be,” said Joanette. “This study will inspire not only research on Huntington’s disease, but also in some of the contributing processes to the development of many other neurodegenerative diseases.”