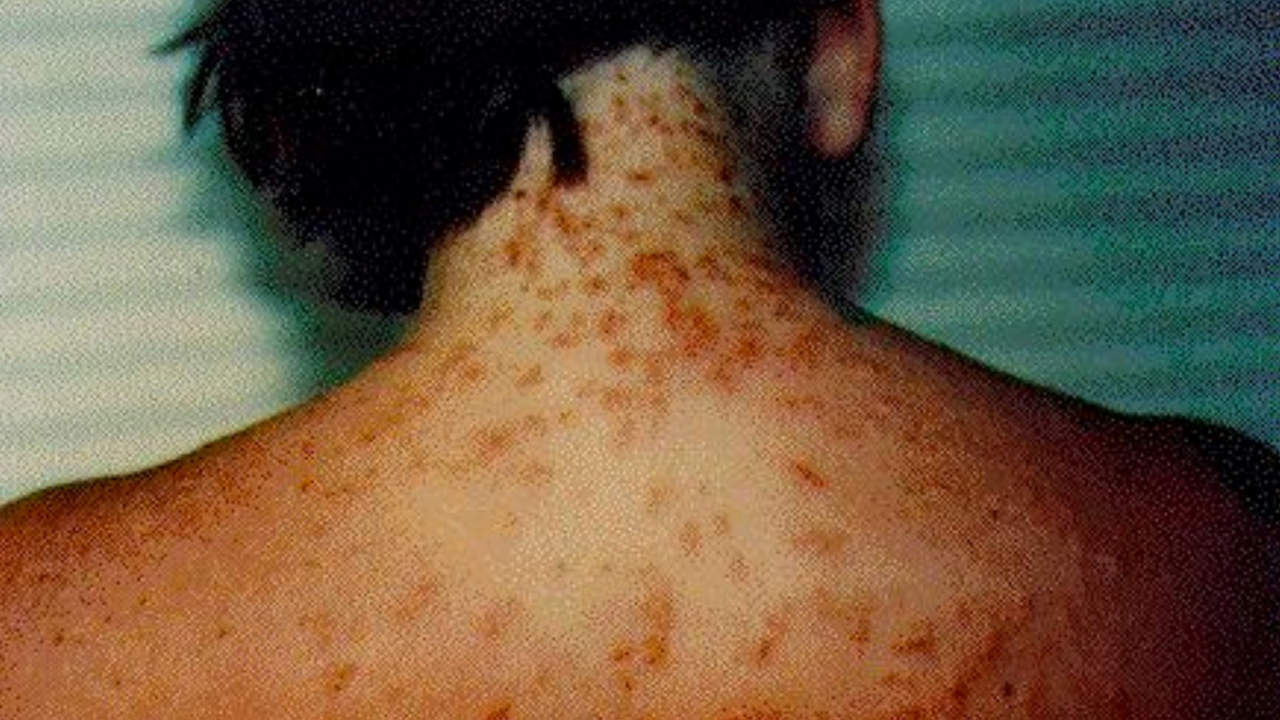 Florida beachgoers got a bit of a scare this week when Pensacola health officials issued warnings about stinging sea lice and the irritating, red rash the critters can cause. News stories about the warnings have gone viral—along with an itch-inducing photo of just such a rash—prompting concerns nationwide.

So what are sea lice, exactly, and how concerned should you be if you’re going to the beach anytime soon? That depends on where, exactly, you’re headed. The good news, though, is that the tiny animals are more of a nuisance than a serious danger. Here’s what health experts want you to know about this developing story.

The term sea lice was inappropriately coined by residents who suffered strange rashes after swimming in coastal waters in the 1950s, according to the Florida Department of Health. (There is such a thing as actual sea lice, it turns out, but they are tiny parasites that affect fish, not humans.)

The rash that humans tend to get, on the other hand, “is caused by miniature jellyfish larvae trapped under bathing suits when in the water,” states a 2017 brochure available on the Health Department’s website.

“If pressure occurs from exercising, surfboards, lying on the beach, etc., stinging cells are released and cause itching, irritation, and welts,” the brochure continues. The larvae also like to hang out in people’s hair, so the back of the neck—where hair hangs down and touches the skin—is a common place for lesions.

Health officials stress that these jellyfish larvae are not related to head lice, which are common among young children and can be quite contagious. In fact, the larvae cannot survive out of warm salt water and don’t remain on a swimmer’s body once they’re on dry land, the Pensacola News Journal reports.

They're common throughout Florida

The rash associated with sea lice—also known as sea bather’s eruption—has been documented along Florida’s coastline for several decades, according to the state’s Department of Health. Complaints tend to peak from March through August, and outbreaks appear to be caused by shifts in ocean currents.

The frequency and intensity of sea-lice outbreaks has gotten worse in recent years, health officials say, based on the number of cases reported. Because most people treat themselves, however, there aren’t any good estimates on how prevalent these rashes really are. The hardest hit areas are in the southern part of the state—in Palm Beach and North Broward counties—where the Gulf Stream passes closest to the shore.

According to news reports, Pensacola Beach, which is located on the Florida panhandle and borders the Gulf of Mexico, is currently the only beach reporting the presence of sea lice. Beach officials warned visitors by placing purple flags in the sand, signaling that dangerous marine life may be lurking in the water.

Sea lice can cause more than just a rash

The most common symptom of a sea-lice attack is a red, itchy rash that starts several hours after being in the ocean and lasts two to four days. Some people may feel a “prickling” sensation while they’re in the water, as well.

But some people can experience more serious reactions to the larvae stings, including fever, headache, nausea, and infected blisters. Children can also develop high fevers. Anyone with this type of reaction should see a doctor, whether they have the telltale rash or not.

Fortunately, for most people who get stung, symptoms aren’t serious. “They aren’t very intense, which is why we call them sea lice and not sea hornets or sea wasps,” Dave Greenwood, director of public safety for Pensacola Beach, told the Pensacola News Journal.

Itching and irritation can be treated with an over-the-counter 1% cortisone skin cream or sting aid, according to the Florida Department of Health, and an oral antihistamine (like Benadryl) may help, as well. If these remedies don’t help within a few days, call your primary care physician or dermatologist.

How to protect yourself

First and foremost, always check lifeguard postings for water-safety information before swimming at a public beach, and don’t go in the water if sea lice have been detected. That’s especially true if you’ve had a sea-lice rash in the past, which may make you more vulnerable to another reaction.

Swimmers can also reduce their risk of getting stung by sea lice by wearing sunscreen (which may protect skin from penetration by the larvae) and by not wearing a t-shirt in the water (so larvae don’t get stuck between clothing and skin).

Showering immediately after swimming, and removing your bathing suit before showering, is also a good idea, according to the Florida Department of Health. There’s some evidence that re-wearing a bathing suit that has air-dried can trigger a rash recurrence, according to early research on the condition, so wash bathing suits with detergent and dry them with heat if you know you’ve been exposed to sea lice.