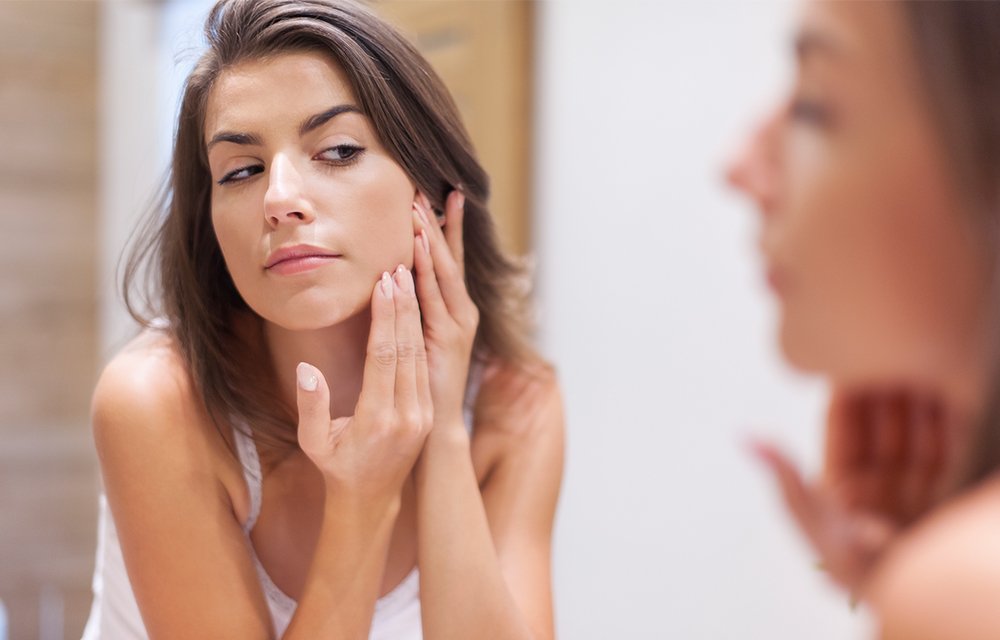 We’ve said it countless times before, and we’ll say it again: having acne sucks. Whether you only developed the odd pimple every now and again during your teenage years, or you continue to suffer from constant breakouts well into adulthood, or fall somewhere in between, acne is never fun for anyone.

RELATED: Salma Hayek Wants You To Put Smoothies On Your Face—Here’s Why

So, when new ‘cure-alls’ touted by viral Internet threads or various celebrities come to our attention, like Shanina Shaik’s bizarre pimple treatment, we want to make sure there is substance behind the claims.

The latest popular acne treatment comes from a slew of Reddit users who swear Vaseline has cleared up their cystic acne. “Besides [leaving skin] smooth and less red, my favourite thing about Vaseline is that it keeps the skin so soft that whiteheads rise to the top of the skin and after a while can literally be wiped or washed off,” says Reddit user, skincare addiction.

Essentially, the broader claim in the Reddit threat is that Vaseline effectively works as a barrier, locking in all your other acne-fighting skin care products, making them reach deeper and work more effectively.

To find out if the claims in the Reddit thread are substantiated, we went straight to two expert dermatologists and unfortunately, they didn’t think too highly of the Internet hack.

Read on below to find out exactly why using Vaseline as an acne treatment might not be such a good idea.

According to Advanced Dermal Skin Therapist from Face Plus Medispa, Kimberley Robison, “cystic acne is a severe type of acne in which the pores in the skin become blocked, leading to infection and inflammation.” Robison adds, “cystic acne tends to be irritated and inflamed at times, but the trigger for that is it has been in an ‘aerobic environment’ where the skin can’t breathe or there is a lack of oxygen to the cells.”

While Vaseline is an incredible multitasker and a must-have in your beauty bag, it is occlusive, meaning it acts as a barrier “that seals off the skin from air, water or anything else getting in (or out). Wherever occlusive agents are applied, they form an invisible film on the surface that blocks the pores and the skin’s natural respiration process,” Robison explains.

Additionally, Robison notes that “putting such a product as Vaseline on skin that already isn’t breathing and has high levels of bacteria is definitely not recommended.” She explains, “if Vaseline were used for a duration of time on this skin, it would definitely create [a] breeding ground for bacteria to thrive and cystic acne would definitely worsen”.

It’s also important to note that while Vaseline itself is unlikely to damage skin (unless you’re allergic or suffer a reaction), using Vaseline as a barrier to lock in other products could cause problems. Advanced Dermal Skin Therapist from Face Plus Medispa, Louise Willard notes, “acne treating products tend to have quite strong ingredients such as salicylic or mandelic acids, which have been carefully formulated for specific use. Encapsulating these strong ingredients in Vaseline could see the product not be as effective or potentially burn the skin by being too concentrated in one area.”

RELATED: The $15 Concealer The Internet Is Obsessed With

Robison’s go-to treatment of cystic acne involves the ‘2 A’ approach. That is, when looking for products to treat breakouts, seek out antibacterial ingredients such as tea tree and triclosan and anti-inflammatory ingredients such as camphor and azulene.

This article originally appeared on beautycrew.com.au.