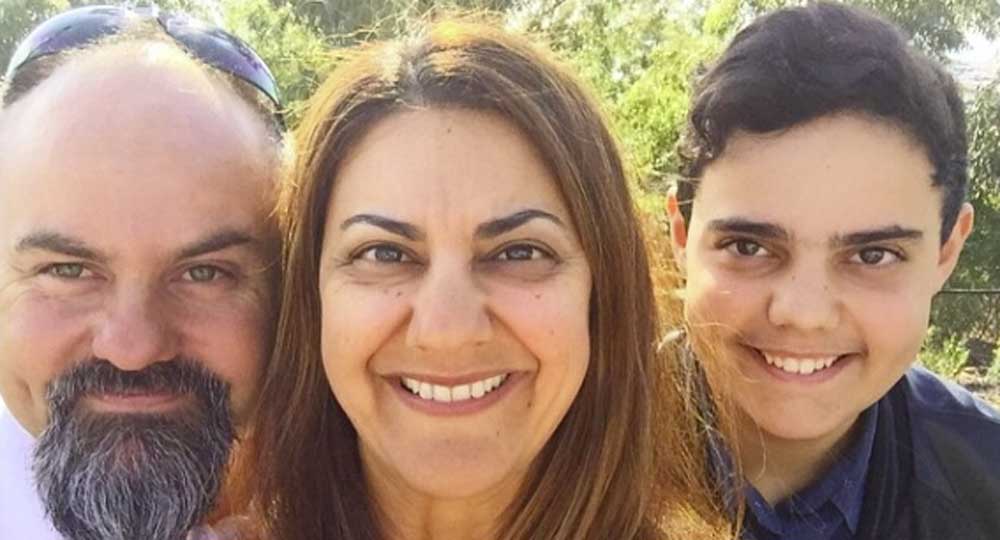 The Van Dyken family of three had a family history of obesity dating back generations, family feasts were a normality. ‘Coming from an Italian family they feed you because they love you, and they feed you more and more and more.’ Mrs Van Dyken told Daily Mail Australia.

Reality struck in 2012 when Ethan, at just 10 years old weighed 80kg, struggled to finished his school cross-country race. ‘I remember that day he said “Mum, don’t ever let me do that again, I don’t want to do it again”.

The second wakeup call came when husband, Rod, 44, was diagnosed with Type 2 diabetes. Anna knew that it was time to change and turned to Weight Watchers in a bid to save her family.

Dream … Believe … Achieve … Stay focused even when the plans change ,redirect, refocus and keep chasing new goals you set for yourself! When you believe, anything is possible! @weightwatchersaunz

‘I went straight to Weight Watchers and that was mainly to educate myself on how to cook properly, how to portion control,’ she said.

Ethan ‘was young when we started and I didn’t make a big deal about it because I didn’t want him to think he was fat, but he knew himself – he had a mirror.

Mrs Van Dyken, who weighed 147kg at the start of her journey has lost almost half of her body weight, she now weighs 74kg.

My handsome boy in his winter uniform! First day back at school. So proud of him!

A post shared by FeedMehealthy Anna Van Dyken (@feedmehealthy_annavandyken) on Apr 22, 2015 at 4:47am PDT

Ethan has also lost more than 10kg and now as a teenager weighs less than he did at age 10. He also finished third in his cross-country race this year.

‘Changing habits was what we needed to do to lose weight and become successful at it, but I definitely didn’t deprive us of anything.’ ‘I could never go back to eating the way I was before, I think it would really make me sick,’ she said.

A post shared by FeedMehealthy Anna Van Dyken (@feedmehealthy_annavandyken) on Oct 20, 2016 at 5:06am PDT

‘We quite enjoy the way we eat now, I think this is what life’s supposed to be like

'I just really hope that if someone out there can read my story and read what we've done, they'll realise they can do it too.'

Best Day Ever celebrating a milestone with my 2 favourite people! My husband @rod_van_dyken and my son @ethanoffical , our first #TheColorRunAus Our clean pic VS our Colourful pic ?

A post shared by FeedMehealthy Anna Van Dyken (@feedmehealthy_annavandyken) on Nov 1, 2015 at 7:13am PST