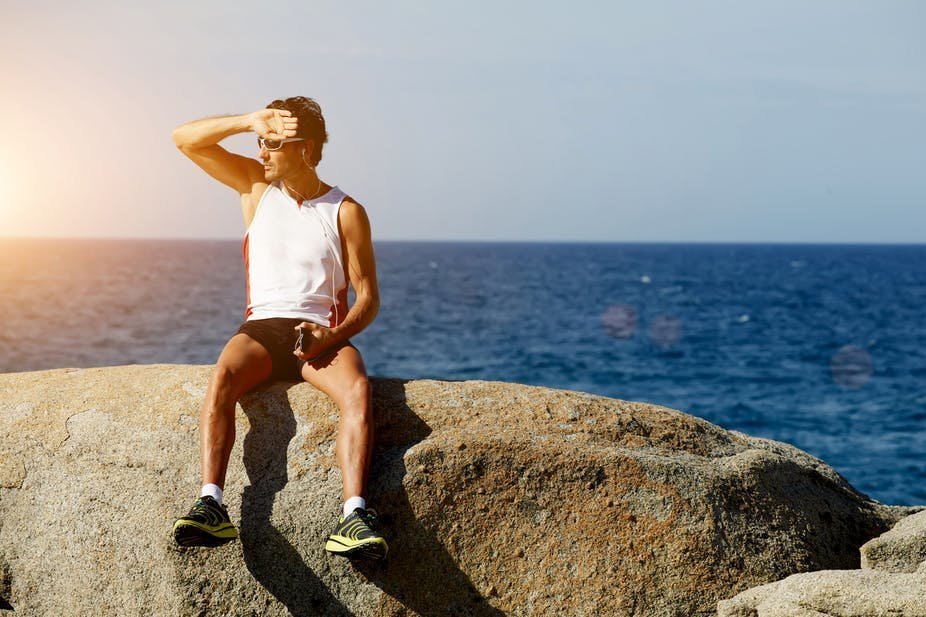 From World Cup footballers to amateur enthusiasts, high-intensity interval training has become a staple of fitness regimes worldwide. It is about exercising for short, intense periods, interspersed with brief intervals for recovery.

People who take part are usually free to work as hard as their fitness levels and motivation will allow, though the length of the recovery period tends to be predefined. The logic is that this ensures an appropriate work-to-rest ratio – the more intensely you want to work the more recovery should be allowed.

For example, if someone is trying to improve their speed endurance – the ability to maintain running speed over multiple repetitions with limited recovery – they need to run as fast as possible, necessitating recovery periods upwards of five times the length of the exercise bout. To improve aerobic fitness, on the other hand, it is likely that recovery will be equal to or slightly less than the exercise period.

But what about creating a training regime that takes account of the individual? Researchers have become interested in individualising the intensity of an exercise programme. They have shown, for example, that if people run at speeds tailored to their fitness levels it is more beneficial than if everyone did the same.

Yet few studies have considered tailoring the length of the recovery periods. We know that the speed at which people recover from bouts of high-intensity exercise is at least partly affected by their aerobic fitness – so why don’t we individualise recovery duration in training programmes, for example, by allowing people to decide how long they rest for?

Repeated sprinting is a popular method of high-intensity training in which recovery periods tend to be predefined irrespective of the individual’s age or fitness. I have been involved in several studies that have experimented with letting youngsters take a different approach.

In the first study, 11 young athletes aged 13 performed six 30 metre sprints on two occasions. Trials were separated by six days and the athletes alternately used standardised and self-selected recovery periods to intersperse their sprints. For those doing the standardised trial, sprints started every 30 seconds, meaning around 26 seconds of recovery for each person. In the self-selected recovery trial, the athletes were asked to allow enough time so ensure they could sprint as fast as possible in each repetition.

You might assume that people know how much recovery time this takes. In fact, the athletes’ performances actually declined when they were allowed to choose their recovery periods. So far so bad – self-selected recovery didn’t improve performance.

There were however some positives. While running the self-selected recovery trial, the athletes had higher heart rates and a greater accumulation of blood lactate – both of which can be beneficial when the aim of the training is to improve aerobic fitness.

Two of the athletes actually did improve their performance when choosing their own recovery periods, recording faster sprints and maintaining higher average running times overall. So, at least for some, set recovery periods may prevent them from working as hard as they would like. It suggests that coaches working with youngsters should be willing to experiment to see which method works better.

More recently we have been looking at how recovery choices are affected by age and maturity. In a study soon to be published in Pediatric Exercise Science, we asked 28 young athletes to perform ten 30-metre sprints on two occasions, separated by one week, again sprinting as fast as possible and using a different recovery method for each trial. We divided the athletes into a more mature and less mature group, depending on whether they had experienced the adolescent growth spurt.

This was likely the result of the less mature group choosing to recover more quickly, averaging around 160 seconds compared to around 190 seconds in the more mature group. Importantly, however, both groups chose less time to recover than what was allocated in the standardised trial, 270 seconds. This meant that both groups performed better using standardised recovery.

In another recent study we also looked at adults. We asked 14 amateur athletes aged 30 to run a dozen times for 30 seconds on a non-motorised treadmill on two occasions, again separated by one week, interspersing runs with either 30 seconds of recovery or their a period of their choosing. Unlike the previous two studies above, these athletes were asked to run at speeds individualised to their aerobic fitness.

This time, the athletes rested for longer when they were choosing their recovery times than when they were pre-determined. Self-selection also enabled them to spend more time at or above their target speed. This suggests that combining prescribed running speeds and self-selected recovery periods may benefit athletes “tapering” their training as they approach a competition – in this case by running faster while minimising fatigue through longer recovery periods.

And while the results are not directly comparable with the other two studies – the adults ran at prescribed running speeds whereas the children were running as fast as possible – it does look as though adults are better than children at choosing recovery times that allow them to maintain performance. Whether this is the result of age, maturity or experience of high intensity training is unclear.