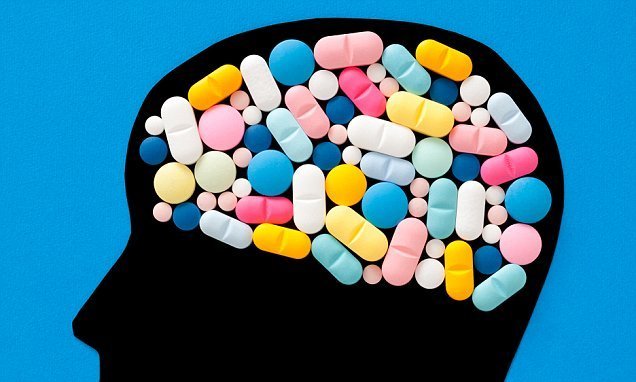 ASK THE GP: Could your indigestion pills give you dementia? Dr Martin Scurr answers your questions

For the past 11 years, I have had acid reflux and have taken 15mg a day of the proton pump inhibitor lansoprazole to control it. However, I have recently read about the dangers of long-term use of PPIs, so I approached my GP about coming off it. She said continuing with it brought the possibility of heart attack, stroke and dementia.

I went cold turkey about six weeks ago and I seem to have no adverse effects. Am I right to discontinue the drug?

Proton pump inhibitors (PPIs) stop cells in the lining of the stomach from secreting hydrochloric acid, which is produced both to aid digestion and sterilise the food that we eat. Did you know? The universal recommendation is that PPIs are prescribed at the lowest dose for the shortest time appropriate

PPIs are considered safe — so safe, in fact, that they can be purchased over the counter — and patients who have been prescribed higher doses long-term, such as those with a peptic ulcer or your diagnosis, gastro-oesophageal reflux disease (where acid leaks up the gullet, most often due to a weakness in the ring of muscles at the bottom of the gullet) would be regularly reviewed by a doctor.

Taking a PPI daily for five days reduces acid output from the stomach by more than 60 per cent, but it needs to be taken continuously. Taking a PPI occasionally as needed to ease symptoms does not provide enough acid suppression to be effective because it takes time to block the acid secretion.

You mention your GP advising of concerns regarding heart attack, stroke and dementia. Each of those remains unproven: for instance, although some studies have reported an association between the use of PPIs and early dementia, other studies have not been able to confirm any link. It is also unclear whether PPI use is associated with an increase in the risk of death.

One study of 276,000 PPI users compared them with 73,000 users of histamine receptor antagonist drugs (a forerunner of the PPIs that work on a different component of the acid-producing system).

The death rate in the PPI group, after five years, was slightly higher than those in the histamine receptor antagonist group — but then, the average age of the PPI group was greater (61 versus 58). 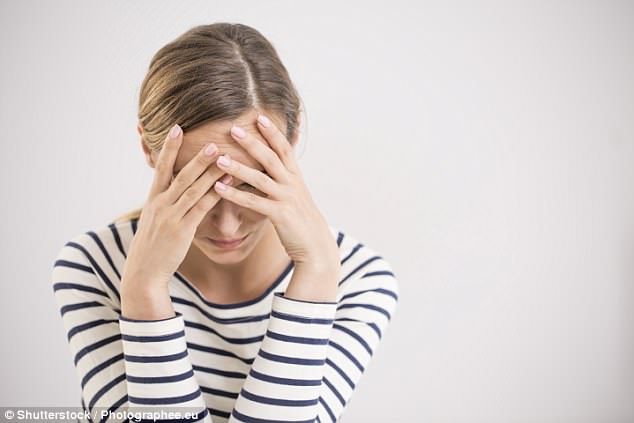 Ween: Abrupt discontinuation of long-term treatment may lead to increased levels of secretion — a rebound effect — in some patients

However, there are established side-effects of long-term PPI use, which include an increased risk of Clostridium difficile infection — a potentially lethal gut infection seen after antibiotic treatment — and other gastrointestinal infections, such as salmonella.

Other side-effects can include the malabsorption of some vitamins and minerals — such as vitamin B12, iron, magnesium and calcium — as well as kidney disease and pneumonia (the reasons why remain unclear).

But these are all still relatively rare complications.

The universal recommendation is that PPIs are prescribed at the lowest dose for the shortest time appropriate. You have been taking lansoprazole for many years.

It would normally be sensible to taper off gradually.

Abrupt discontinuation of long-term treatment may lead to increased levels of secretion — a rebound effect — in some patients, for reasons that are not entirely clear, but you appear to have avoided this.

Should your reflux recur, your GP might recommend ‘pulsing’ the treatment: for example, one to two months on and then one month off. The point would be to expose you to less overall drug treatment on the grounds of common sense, rather than evidence.

In your longer letter, you ask about the need for check-ups with endoscopy (an examination of the oesophagus with a camera on the end of a long, flexible tube).

This would only normally be done if your symptoms were severe and if Barrett’s oesophagus — a pre-cancerous condition where cells of the oesophagus grow abnormally after persistent acid damage — was observed when the diagnosis was first made. It’s recommended to have a repeat endoscopy every two years in this case.

So, do nothing, rejoice in your good fortune and hope that the reflux does not recur.

Since the beginning of this year, I’ve experienced skin problems on my feet. The skin on the left heel up to the ankle became raw, red and sore.

The chemist suggested surgical spirit to harden the skin, which it did. But it also became flakey and, at times, like a scab.

So far, nothing has got rid of the problem. I have also tried Cetraben cream, Dermovate cream, Vaseline and washing my feet in mild salt water.

Your detective medical help would be appreciated.

It is asking for trouble to try to make a dermatological diagnosis without the ability to inspect the appearance.

Even with your detailed history as to what you’ve tried, I may be wrong with my conclusion.

However, the distribution of the rash is unlike that of most fungal infections of the feet, such as athlete’s foot. From the description, I do not believe that allergy is a contender, either.

I have seen an eruption that reminds me of the picture you describe. This was in a middle-aged female patient who had seen another GP and a consultant dermatologist — both concluded she had a form of eczema. However, careful treatment with moisturisers and topical steroids had no effect. When she came to see me, I was baffled and referred her to a second dermatologist.

The conclusion this time was that it was a form of psoriasis, an autoimmune condition that leads to a malfunction in the turnover of skin cells. The thickened scab did not resemble the silvery, flaking, scaly eruption we normally see with this disease, which is typically on the knees or elbows.

Topical treatments failed to help, so the patient was treated with a small dose (one 2.5mg tablet each week) of methotrexate, a form of chemotherapy also used to treat rheumatoid arthritis — another autoimmune condition.

The rash disappeared within weeks and the treatment was continued for one year, as the problem tended to recur if the weekly tablet was stopped.

I advise that you ask your GP to consider referral to a dermatologist, as this could be an unusual presentation of psoriasis, but your own GP is unlikely to be sure.

Certainly, most GPs would not be willing to commence treatment with a potent drug such as methotrexate without verification from a consultant.

IN MY VIEW…WE NEED MORE TIME OUTSIDE

Doctors can prescribe medicine, tell patients to lose weight and suggest that they exercise more, but how often do we tell them to spend more time outside? Probably not nearly as frequently as we should.

In this month’s Clinical Medicine journal of the Royal College of Physicians, Sir Richard Thompson, the past president, writes of the increasing evidence that plants, green spaces and gardening benefit mental and physical health.

I would go a step further: spending time among nature can be transformative.

Sir Richard points to a Japanese study, which found that looking at plants alters electrocardiogram readings (which check the electrical activity of the heart), improves mood and reduces pulse rate, muscle tension and blood pressure. I cannot think of a drug taken in isolation that could achieve this.

Green medicine — offering time in a horticultural environment, supervised by an occupational therapist — can be prescribed in certain areas.

His replies cannot apply to individual cases and should be taken in a general context.

Always consult your own GP with any health worries.

But if faced with a depressed patient who wants a quick fix, the temptation may be to give them antidepressants, rather than a spell at an allotment.

And, sometimes, it takes time to be convinced of the benefits of such things.

As a young man about to start my medical studies, I stayed in Paris. Each morning, I would walk past gardens where people practised tai chi. Being ill-educated, I recall thinking it odd that the participants always took the trouble to go to the gardens, come rain or shine.

Recently, I have learnt the term ‘forest bathing’, a translation of the Japanese phrase shinrin-yoku. It refers to being in nature to ease stress, boost energy and improve wellbeing. This is why those tai chi enthusiasts were in the park under the trees.