Smoke from trendy outdoor fire pits and BBQs can cause heart disease, lung disorders and even cancer, study finds (but other experts say not to worry and enjoy the sunshine!)

Smoke from trendy outdoor fire pits and BBQs can cause heart disease, lung disorders and even cancer, a new report warns.

Lead author Professor John Wargo, from Yale University and a member of the Connecticut-based health body Environment and Human Health Inc (EHHI), said: ‘The particles contained in wood smoke can have a strongly negative effect on human health and can cause lung diseases, cardiovascular events and cancer.’

According to the International Agency for Research on Cancer, wood smoke contains at least five cancer-causing chemicals.

The report warns summer wood burning has increased by 25 percent in recent years, with outdoor fire pits and BBQs being advertised for use on decks and patios, which allows smoke to enter people’s homes.

Yet, Philippa Hobson, senior cardiac nurse at the British Heart Foundation, told MailOnline: ‘Because the sunshine rarely lasts for long in the UK, and we only fire up the BBQ for short periods of time, wood smoke is unlikely to cause the average person any serious harm.’ 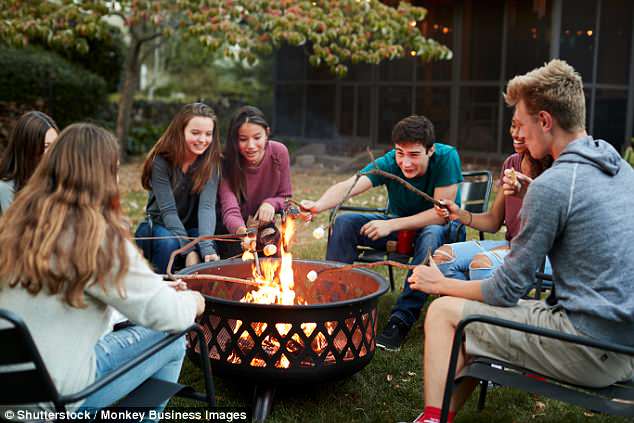 HOW CAN I REDUCE MY EXPOSURE TO WOOD SMOKE?

A report released in June 2018 warned smoke from trendy outdoor fire pits and BBQs can cause heart disease, lung disorders and even cancer.

‘The health risks associated with wood smoke are serious’

The scientists explain very fine particles and gases from wood smoke have been proven to enter buildings after outdoor burning.

Nancy Alderman, president of the EHHI, said: ‘The report concludes that the health risks associated with wood smoke exposures are serious’.

Asthma sufferers should ‘stay inside’

Speaking of the report, Ms Hobson added: ‘Our research has shown that air pollution can worsen symptoms for people living with a heart or circulatory disease.

‘But more studies are needed to establish the true risk of wood smoke in the UK. ‘

Despite Ms Hobson’s cynicism of the findings, other experts supported them, with GP Dr Andy Whittamore, from Asthma UK, telling MailOnline: ‘Lots of people love having a barbecue in the summer, but some people with asthma tell us that smoke in the air can cause symptoms such as coughing, wheezing and a tight chest.

‘The best way for people with asthma to stay safe is to take their preventer inhaler as prescribed and carry their reliever inhaler with them at all times.

‘If people notice that their asthma symptoms get worse around fire pits or barbecues, they should stand further back or stay inside when it’s smoky.’ 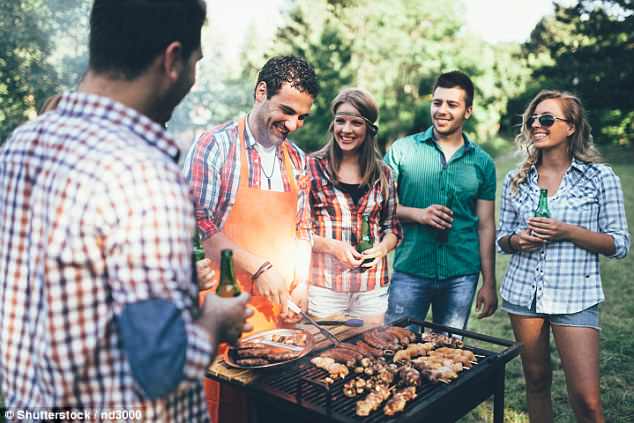 This comes after research released in May last year suggested scented candles could be clogging up the air in people’s home, putting their families at risk of inhaling dust and fungal spores.

As expected, cigarette and marijuana smoke clog up indoor environments.

To the scientists’ surprise, however, trendy candles and cleaning products – touted as ‘air cleaners’ – also have a significantly damaging effect on air pollution.