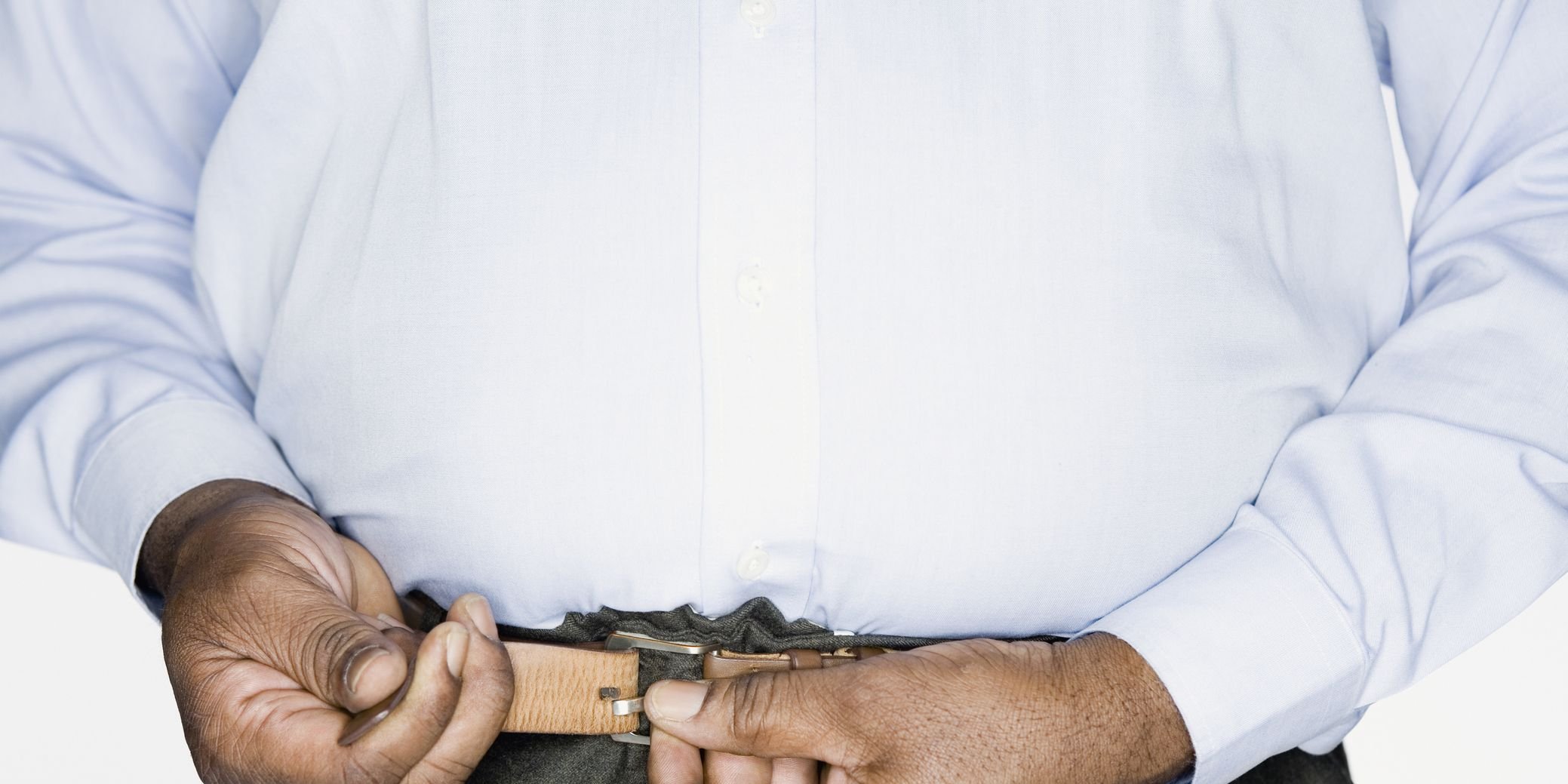 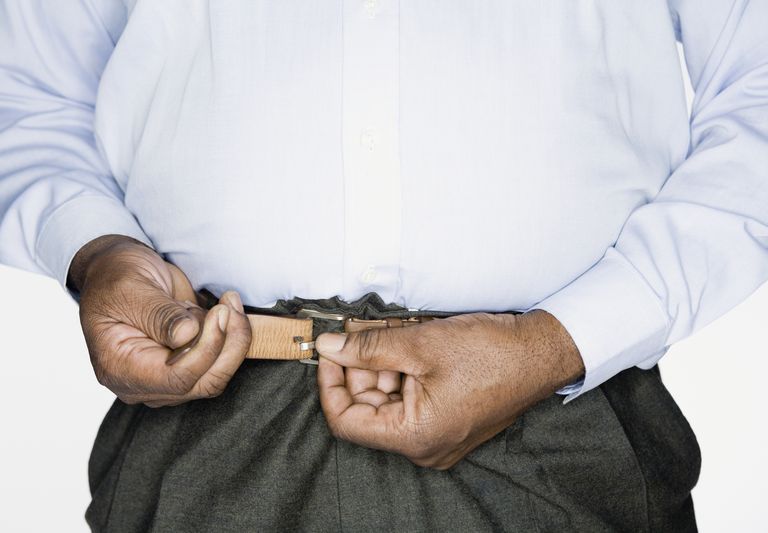 Three months before my wedding, I had a realization: I didn’t want to be an obese groom. This was not hyperbole. My 5’9” frame tipped the scales at 231 pounds, which meant I easily qualified as obese, according to the medical definition of the term.

Like most overweight men, I wasn’t proud of carrying around all that extra flab. But it wasn’t until I literally feared for my life that I became fully committed to change. When I paid a visit to Keith Berkowitz, M.D., medical director of the Center for Balanced Health in New York City, a blood test showed that I was insulin resistant, which meant my body had to produce 10 times the amount of insulin normally secreted by a healthy guy my age.

At the age of 26, I was on the verge of diabetes. So right before I got married, I vowed to lose weight. By following the plan Keith and his wife Valerie, a registered dietitian and director of nutrition at the Center, made for me, I lost 33 pounds and whittled 5 inches off my waist in 12 weeks — just in time for the big day.

It’s important to note that my story is the exception rather than the rule — people lose weight at varying rates depending on many different factors, from their genetic makeupto their gender to the amount of muscle mass they have. But for me, losing weight was a lot easier — and a lot quicker — than you might think. Here’s how I did it.

Almost immediately, the Berkowitzes put me on a low-carb diet. That didn’t mean cutting out carbs altogether: rather, I had to avoid foods that were high in starch, such as bread, pasta, potatoes, and rice, which contain high amounts of glucose and can raise blood sugar quickly. “This is the trigger that signals your body to release a flood of insulin,” Valerie told me.

My “don’t eat” list also initially included whole grains, which have been linked to higher insulin levels. But the Berkowitzes assured me that once I started losing weight, I could slowly start adding them back to my diet in the form of high-fiber crackers or flaxseed bread.

The goal was to bring my insulin levels down, which would both improve my health and expedite fat loss. In fact, when University of Connecticut researchers analyzed why low-carb dieters were so successful, they calculated that 70% of their weight loss stemmed from low insulin levels.

2) I ate more fruits and vegetables.

Under the Berkowitzes’ diet, I was allowed to eat 3 to 5 ounces of cheese and two servings of low-glycemic fruits (fruits that are relatively low in sugar, such as berries, melons, peaches, plums, apples, oranges, and kiwis) a day. I was also allowed to eat as much meat and vegetables as I wanted.

While “eat more fruits and vegetables!” is kind of a diet cliche, there’s no arguing that it works. In fact, a study of more than 2,000 low-carb dieters found that, on average, the people who lost the most weight were consuming four servings of non-starchy (re: anything other than potatoes or corn) vegetables a day. “Eating more produce increases the amount of fiber in your diet, which helps keep you full,” Valerie told me.

For an even greater fiber boost, I added a daily glass of Metamucil (the sugar-free version), which did wonders to suppress my between-meal snack cravings.

3) I had protein at every meal.

The benefits of protein really can’t be overstated. “Besides nourishing your muscles, the added protein will help keep you from overeating,” says Valerie. That’s because protein boosts the production of a hormone that signals to your brain that you’re satiated. (As an added bonus, it also has been shown to help boost your sex drive.)

4) I cut out processed foods.

Pre-diet, I lived on lunchmeat. But Valerie nixed these packaged meats quickly, because most contain added salt (affecting weight and blood pressure) and sugar, as well as nitrates, which are associated with an increased risk of cancer. Instead, I ate ground beef and ground turkey. (Both take only a few minutes to cook at night and taste great cold the following day.)

If you follow only one rule, make it this: If it comes in a box or a bag, skip it. I guarantee you’ll have success.

5) I did the following workout 3 days a week.

Of course, no diet can possibly be effective without a workout plan to go with it, so I tried this full-body fat-burning routine from Michael Mejia, C.S.C.S., author of The Better Body Blueprint. It’s designed to speed your results and improve your fitness, while protecting your hard-earned muscle—all in just 3 days a week.

How To Do It
Warmup: Before each workout, warm up with 5 minutes of light aerobic exercise or calisthenics.

Weight training: Do the weight workout that follows 3 days a week, resting at least a day after each session. Perform the exercises as a circuit, completing one set of 10 to 12 repetitions of each movement before resting for 60 seconds. Then repeat the entire sequence one or two times, for a total of two or three circuits. Every other workout, reverse the order in which you do the exercises.

Stand holding dumbbells at chest height with an overhand grip. Begin by descending into a squat. When your thighs are parallel to the floor, pause for a second before pressing back up to the starting position, raising the weight above your head.

Get into pushup position with your arms straight and your hands resting on light dumbbells. Spread your feet apart for balance. Tighten your abs as you pull one dumbbell off the floor and draw it toward your chest until your elbow is above your back. Pause, then slowly return the weight to the floor and repeat with the other arm. Once you’ve mastered the movement, add a pushup after performing the row with both arms. TIP: If holding both dumbbells feels awkward, try doing the exercise holding only one dumbbell and place your other hand on the floor.

Lie on the floor with your arms out to the side, knees bent and feet flat on the floor. Pushing with your gluteals and hamstrings, dig your heels down into the floor and lift your hips until your body forms a ramp that descends from your knees to your shoulders. Pause, then return to the starting position.

Grab a lat-pulldown bar with a “false” overhand grip that’s just beyond shoulder width. A false grip means you place your thumb on top of the bar, alongside your index finger, rather than wrap it around the bar. Pull the bar down to your chest. Pause, and slowly return to the starting position.

Grab a weight plate with both hands and sit on the floor with your knees bent and your feet flat. Hold the weight plate straight out in front of your chest with your palms facing each other. Lean back so your torso is at a 45-degree angle from the floor. Twist to the left as far as you can, pause, then reverse the movement and twist all the way back to the right as far as you can, and pause. Return to the starting position.

Support your body with the balls of your feet and with your hands, positioning the latter slightly wider than shoulder-width apart, palms flat on the floor. Straighten your arms without locking your elbows. Lower your torso until your chest is just a fraction of an inch off the floor. Push yourself back to the starting position.

Cardio: After each weight-training session, finish up with 12 to 15 minutes of aerobic exercise—running, cycling, rowing—using an intensity that you judge to be a 7 or 8 on a 10-point scale.