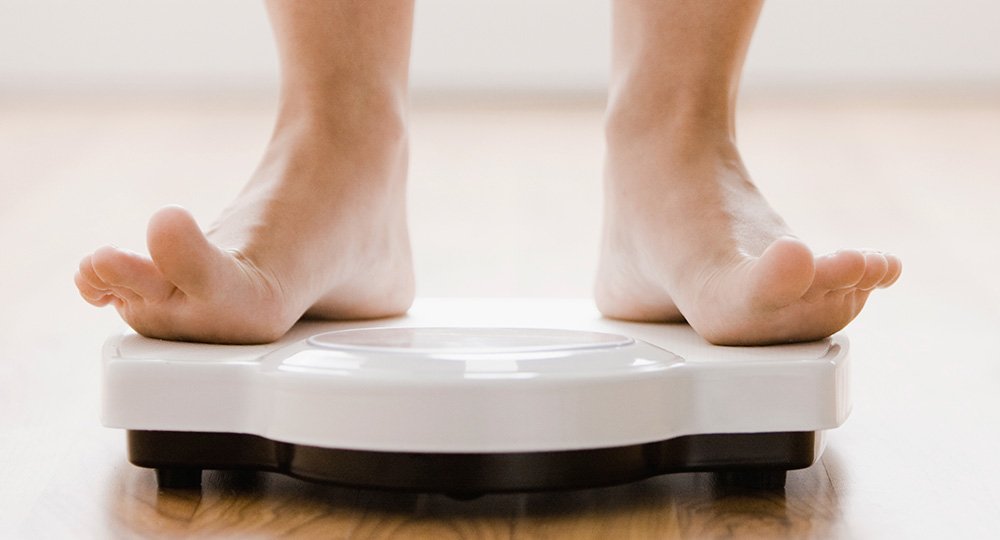 Losing weight is a battle: And like any good fight, you don’t always come out on top. At first, you were dominating, dropping weight every time you stepped on the scale. Then, the numbers began to slow, and now they’re completely stagnant.

It’s a bummer when your fat loss slows, but hitting a weight loss plateau is completely normal.

“The leaner you get, the harder it gets to lose those last few pounds,” says Tony Gentilcore, co-owner of Cressy Performance in Hudson, Massachusetts.

As you continue losing weight, your metabolism starts to slow down, so you either need to eat fewer calories or burn more calories to see continued weight loss. But still, your current weight doesn’t have to be your ending weight. You just need to start approaching your fat loss plan a bit differently if you want to see results. Here, 6 reasons you’ve stopped losing weight – and what you can do to get back on track.

So play the preventive game: If you’re hungry going into your workout, chances are good you’ll be starving afterward. In that case, consider having a pre-workout snack to manage your hunger, says Raglin. You don’t want something too heavy or rich, which can make you feel uncomfortably full. Instead, shoot for an apple, which is full of simple carbs to give you energy, or a handful of almonds, which contain good fats to hold your hunger over.

If you work out before work or after leaving the office, you will need to eat afterwards. Just make sure you’re doing it right: If you have some time to kill before your usual dinner time, make yourself a protein shake or have a small snack so you’re not tempted to overeat at dinner, says Raglin.

5\ YOU’RE NOT CONSISTENT IN THE GYM

Consistency matters when you’re trying to lose that last bit of weight, says Gentilcore. In fact, skipping just one workout can increase your odds of missing another one by 61 per cent, according to British research.

And consistency matters in your routine, too. Despite what you may hear, novelty doesn’t necessarily equal progress, says Gentilcore. For a fat loss program to work, you have to stick to a routine long enough so you can really master it.

“The squat, deadlift, and bench press are staples for a reason,” he says. “People don’t give themselves enough time to learn and master these moves.”

The sooner you become proficient at an exercise, the better you get at it. That means you can add more weight to it, helping you gain and retain muscle – which helps you burn more calories throughout the day and fend off fat. But if boring really bothers you, add new stuff to the last 10 minutes of your usual routine as a finisher, suggests Gentilcore.

Then, usually after about 4 to 6 weeks, you can think about switching your exercises up, says Gentilcore. Once you’ve mastered your staples, you can seek out some more challenging variations, like switching up the classic flat bench press with the incline or close-grip bench press.

You’re not going to maintain or continue your weight loss if you’re too sore to keep up with your workout plan out for the rest of the week. Not taking your recovery period seriously can cause you to plateau, says Gentilcore. When you pump iron, you’re literally breaking down your body by causing micro tears in your muscle tissues, so you need give it time to rebuild that muscle before you get back into it.

“People don’t understand that going home and eating well, going to sleep, and drinking enough water is going to allow your body to recover so you can go back to the gym a day later so you can do it again,” he says.

When you’re first starting out, training three days a week seems to be a happy medium for most guys, says Gentilcore. Or you can do full body workouts every other day and allow a day of recovery in between.

But if you really want results, Gentilcore says it doesn’t hurt to get in the gym 6 days a week, just make sure you’re alternating muscle groups, he says. So if Monday is your chest day, work your legs Tuesday to give your upper body time to recover.

This article originally appeared on Men’s Health US