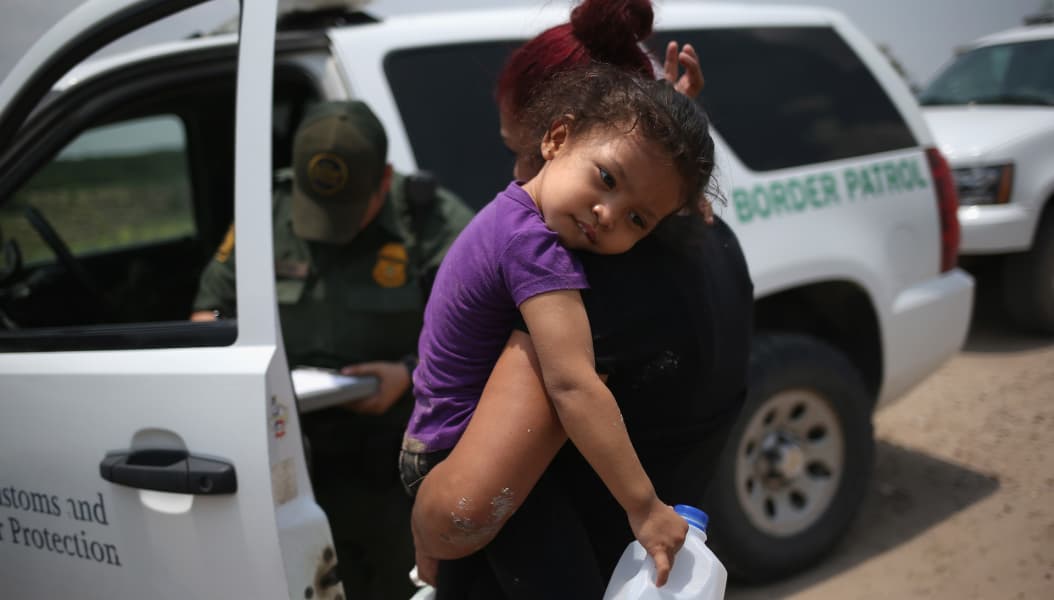 More than 30 celebrities have collaborated to create a powerful video demanding the reunification of families torn apart by the Trump administration’s immigration policy scandal, which has left thousands of children separated from their parents by U.S. border officers and caged in compounds. Most of these families were legally seeking asylum in the United States.

The video features well-known faces — such as Ryan Reynolds, Emma Thompson, Julia Louis-Dreyfus and Thandie Newton, among others — taking turns reading aloud the affidavit of Mirian, a Honduran mother whose young son was forcibly taken from her by U.S. border officers.

The video can be viewed in full below via YouTube:

Mirian’s story begins, “The U.S. immigration officers told me that they were taking my son from me. They said that he would be going to one place, and I would be going to another. The immigration officers made me walk out with my son to a government vehicle and place my son in a car seat in the vehicle. I asked why the officers were separating my son from me. They did not provide any reason.”

The devastating account continues, “My son was crying as I put him in the seat. I did not have a chance to try and comfort my son because the officer slammed the door shut as soon as he was in his seat. I was crying too. I cry even now when I think about that moment — when the border officers took my son away.”

“I brought my son to the United States so we could seek protection from violence in Honduras,” Mirian’s affidavit also said. “We fled Honduras after the military tear-gassed our home.”

The video encourages viewers to go to the ACLU webpage to learn more about Trump’s family-separation crisis and to view the ACLU’s related TV ad:

“For months, the administration has been systematically separating asylum-seekers from their children as they arrived at the southern border. More than 2,300 children have been forcibly taken from their parents,” the ACLU’s webpage states. “We are in the courts, streets, and in Congress to hold the Trump administration accountable for the irreparable damage it has done to these young lives. We need you in this fight.”

The campaign is using the hashtag #MyNameIsMirian. The celebrities involved are asking viewers to use the hashtag on social media to foster greater awareness of the situation and urge the Trump administration to take action to reunify the families immediately. Other stars involved in the heart-wrenching collaboration include Kumail Nanjiani, Chadwick Boseman, Jeff Bridges, Jamie Lee Curtis, Ilana Glazer, Tim Robbins, Mira Sorvino, Lena Waithe, Amy Schumer, Riz Ahmed and Gyllenhaal siblings, Maggie and Jake.

We commend these celebrities who are willing to use their own voices to fight for imperiled families — and we hope there will be a quick resolution to this devastating, traumatic situation affecting so many vulnerable parents and children. Family is family. And families belong together, period.