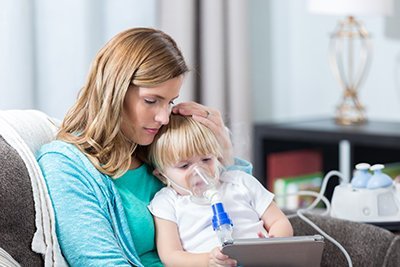 An antioxidant-enriched vitamin may decrease respiratory exacerbations in people with cystic fibrosis (CF), according to new research published online in April in the American Journal of Respiratory and Critical Care Medicine.

In “Effects of an Antioxidant-Enriched Multivitamin in Cystic Fibrosis: Randomized, Controlled, Multicenter Trial,” Scott D. Sagel, MD, Ph.D., a professor of pediatrics at Children’s Hospital Colorado and director of the University of Colorado Cystic Fibrosis Center, and coauthors report a 50 percent reduced risk of time to the first exacerbation requiring antibiotics in those receiving the supplemental antioxidants.

The researchers also found that supplemental antioxidants increased circulating antioxidant concentrations of beta-carotene, coenzyme Q10, gamma-tocopherol (a form of vitamin E) and lutein and transiently decreased inflammation (at 4 weeks, but not 16 weeks) as measured by two blood-based biomarkers of inflammation, calprotectin and myeloperoxidase (MPO).

People with CF typically experience chronic bacterial infections, which lead to inflammation and the release of “vast amounts of reactive oxygen species in the airways,” the authors wrote.

Normally, they added, the body would marshal an antioxidant defense to neutralize this oxidant stress, but CF is characterized by dietary antioxidant deficiencies. This contributes to an oxidant-antioxidant imbalance and more inflammation, which leads to lung damage and a progressive loss of lung function.

“Improving antioxidant status in CF is an important clinical goal and may have a positive effect on health,” Dr. Sagel said. “Oral antioxidant formulations had been tested in CF with mixed results. However, there had not been a well-designed randomized controlled trial of an antioxidant ‘cocktail’ that included multiple antioxidants in a single formulation.”

This phase 2 trial, conducted at 15 CF centers affiliated with the CF Foundation Therapeutics Development Network, enrolled patients who were 10 years and older (average age 22 years), with pancreatic insufficiency, which causes malabsorption of antioxidants. Participants had an FEV1, the measure of how much air can be forcefully exhaled in one second, between 40 and 100 percent of what would be predicted, based on age, gender, height and a range of other characteristics.

Patients in the control group received a multivitamin without antioxidant enrichment. The two groups tolerated their vitamins equally well, and there were no differences in adverse events between the two groups.

The study did not meet its primary endpoint: change in sputum MPO concentration over 16 weeks. The authors chose sputum MPO “rather than another marker of airway inflammation such as neutrophil elastase because MPO generates reactive oxidant species as part of its function in innate host defense mechanisms, and is considered by many a marker of oxidative stress.”

“While the antioxidant supplement did not appear to exert sustained anti-inflammatory effects, we believe its effect on time to first pulmonary exacerbation was significant and clinically meaningful,” Dr. Sagel said, adding that the improvement in antioxidant status alone may justify its use. “Developing safe and effective anti-inflammatory treatments remains a key priority of the CF community.”