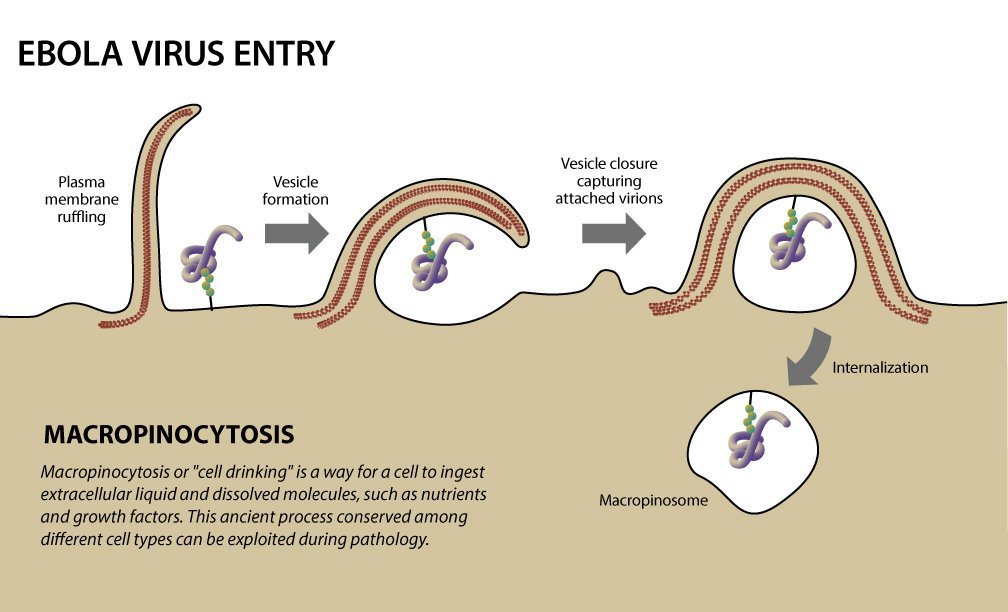 A new study at Texas Biomedical Research Institute is shedding light on the role of specific proteins that trigger a mechanism allowing Ebola virus to enter cells to establish replication. The work, published in a supplement to The Journal of Infectious Diseases, was led by Staff Scientist Olena Shtanko, Ph.D., in Texas Biomed’s Biosafety Level 4 laboratory. The BSL4 is a high-containment facility that houses research on diseases for which there are no approved vaccines or cures.

The new outbreak of the deadly Ebola virus declared just last week in eastern Democratic Republic of Congo is believed to have claimed more than 30 victims so far, highlighting the continued urgency to find a way to stop the pathogen from killing the people it infects.

The cellular pathway under study is called autophagy, a word that literally means “self-eating.” This ancient mechanism is switched on by cells to destroy invading foreign material or consume its own organelles and protein complexes in order to recycle nutrients and survive. Autophagy generally takes place inside the cell. Conducting in vitro work using live Ebola virus, Dr. Shtanko found that, surprisingly, this mechanism was clearly active near the surface of the cells and plays an essential role in facilitating virus uptake.

Ebola virus invades cells though macropinocytosis, a poorly understood process in which the cell surface remodels to form membrane extensions around virions (virus particles), eventually closing to bring them into the interior of the cell. “We were stunned to find that Ebola virus is using autophagy regulators right at the surface of the cell,” Shtanko said. “Knowing that these mechanisms work together, we can start finding ways to regulate them.”

The interplay between these two cellular processes could have implications for treatment of health conditions other than viruses. Shtanko believes that regulation of the autophagy proteins with a drug could help combat complex diseases where macropinocytosis is dysregulated such as in cancer and certain neurodegenerative disorders, including Alzheimer’s.