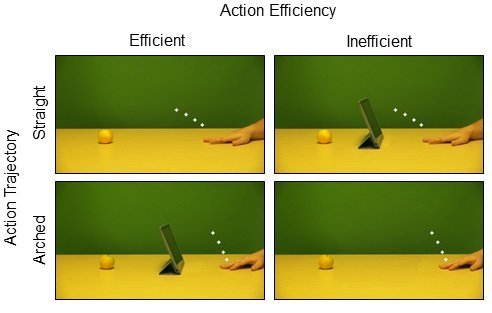 New research shows that humans “see” the actions of others not quite as they really are, but slightly distorted by their expectations.

Published today (8 August) in Proceedings of the Royal Society B, the study could explain why people get others’ actions so wrong and see ambiguous behaviour as meaningful, according to authors from the University of Plymouth School of Psychology.

The study, funded by the Economic and Social Research Council, saw 85 participants watch an actor reach for an object with a straight or arched trajectory on a touch screen.

In the experiment, the action disappeared mid-trajectory and participants touched the last seen screen position of the hand.

Results (see image 2) showed that people had judged that the straight trajectory hand moved higher if it was inefficient, to avoid the obstruction, while perceiving that the arched trajectory hand was further downwards towards the target if there was no obstruction. 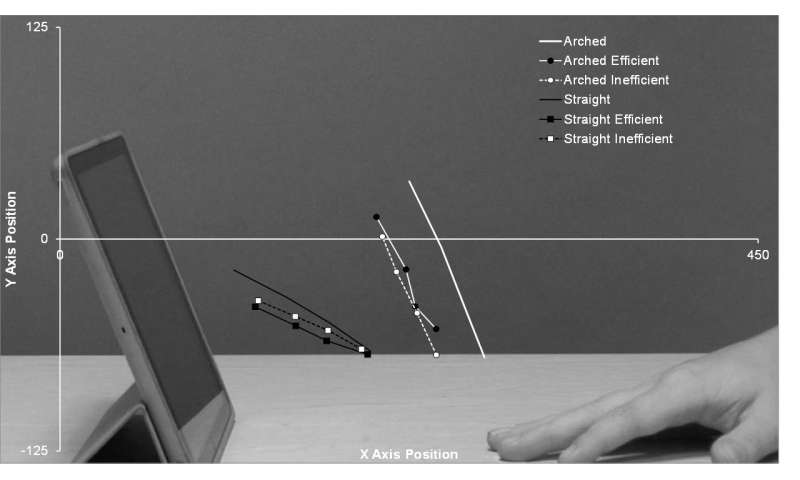 In both cases, people’s perceptions were based on what they had expected the hand to do to maximise efficiency—not what it actually did.

Study author Matthew Hudson said that while the experiment pertained to physical movement, it might help us understand how people find out what others are thinking and feeling; in short, why they are behaving in the way they do.

“Primates interpret behaviour as goal-directed and expect others to achieve goals by the most efficient means possible,” he said. “While this is accepted among psychologists, little has been known about its underlying mechanisms.

“What we have found in this study may be important for various reasons. Firstly, it shows that people make predictions when they see the actions of others. It has been argued for a long while that people constantly make such predictions, and use them to figure out if other people see the same things as we do. 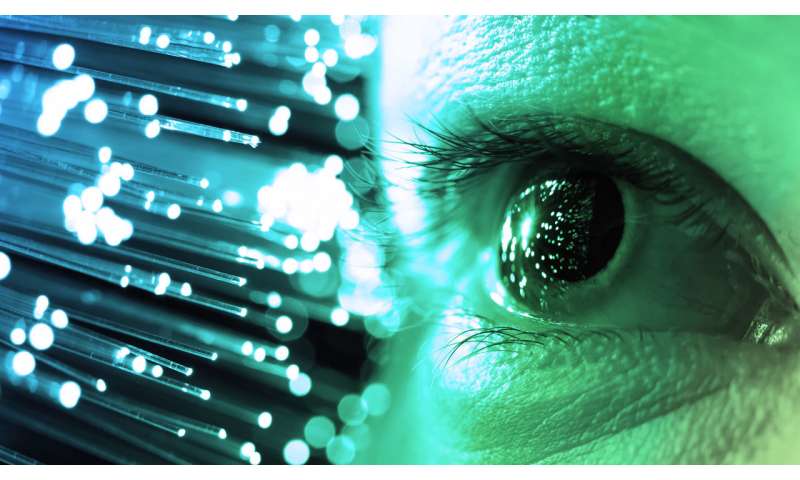 “So imagine you are a passenger in a car, and see a cat run out onto the street. If the driver has seen it, you can picture in your mind that they should now slow down and swerve to avoid it. If they don’t do this, you immediately know that they probably haven’t seen the cat and you can warn them.

“Such predictions can also be used to coordinate with other people. For example, if we want to do a joint task like catching a ball that someone throws to you, it helps if you already see, in your mind’s eye, what the other person is going to do.