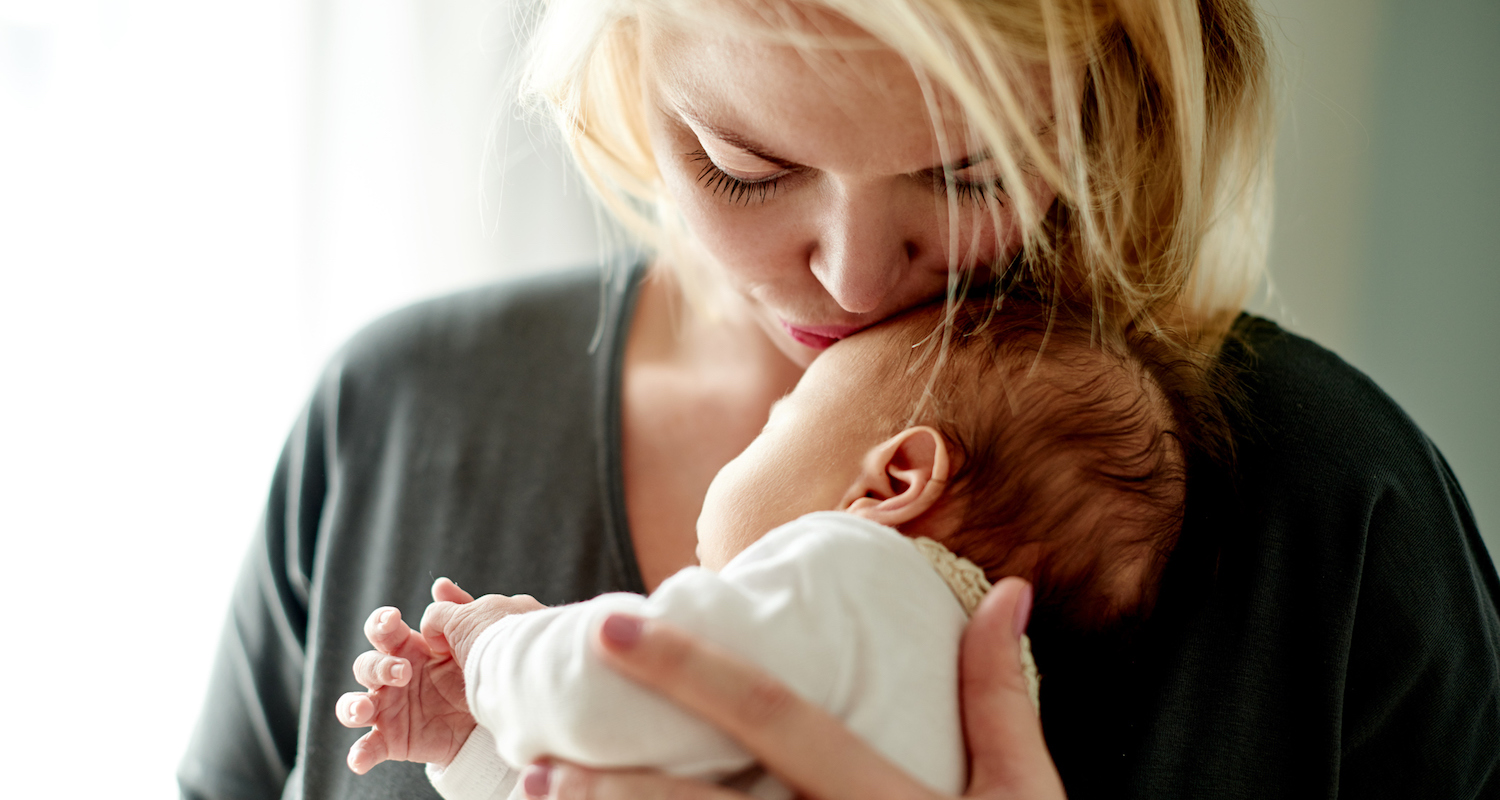 When you’ve just given birth, weight loss should be the farthest thing from your mind. After all, you just brought a tiny human being into this world (one that’s pretty demanding). Still, society puts a lot of pressure on women to “bounce back” immediately—and one mum isn’t having it.

Kristen Sullivan recently shared before and after photos of herself on Instagram. In the “before” she’s heavily pregnant; in the after, she’s three weeks postpartum and still has a little belly. “I’m sharing this to show mums that sometimes it doesn’t matter if you’re thin, ate right, and exercised during pregnancy, sometimes your body grows in such a way that simply doesn’t allow you to ‘bounce back’ in friggen 3 weeks,” she wrote in the caption.

It took me 4 days to decide whether or not to share this. But recently there have been moms reaching out to me based on some things I've shared, so here goes. The left pic is 3 days before I delivered Gavin (my 2nd child), the right pic is 3 weeks postpartum. I'm sharing this to show moms that sometimes it doesn't matter if you're thin, ate right and exercised during pregnancy, sometimes your body grows in such a way that simply doesn't allow you to "bounce back" in friggen 3 weeks. I feel like all I've been seeing is new moms sharing their amazing postpartum bods, 11 days after birth, 2 weeks after birth, etc. And while that's wonderful for them, for many others, KNOW that it's not realistic! While I won't be totally sure till 6 weeks, I have a strong feeling that I've got #diastasisrecti (separation of the abs), in which case I'm determined to get the PT I need to heal. I've also been wearing a postpartum corset for extra support. But in the meantime, I'm giving my body a chance to breathe. Did you SEE how far my belly stretched?! There is no race to bounce back moms. We'll get there!! #postpartum

Kristen says she’s seen a bunch of photos from new mums who look amazing just a few days after giving birth, but that’s not realistic for many people. “While I won’t be totally sure till 6 weeks, I have a strong feeling that I’ve got #diastasisrecti (separation of the abs), in which case I’m determined to get the PT I need to heal,” she continued. “I’ve also been wearing a postpartum corset for extra support.”

But, she adds, she’s also “giving [her] body a chance to breathe.”

“There is no race to bounce back mums,” she concluded. “We’ll get there!!”

Kristen’s post has been liked more than 3,000 times, and people thanked her in the comments for her honesty. “Thank you for sharing!! I have had the most unkind thoughts about my pregnant body. Its been extremely challenging as I’ve gained the baby weight,” one wrote. “Currently my situation! Been really hard on myself, as others have remarked my stomach didn’t bounce back right away after my first. I have decided to take my time and recover at my own pace,” another said.

Kristen is right: Every woman and every pregnancy is different. There are plenty of factors that can influence how quickly your body returns to normal, including how much you worked out before you gave birth, any complications you may have had during the pregnancy, how quickly you start moving again after giving birth, stress levels, and what you eat, says Jessica Shepherd, M.D., an assistant professor of clinical obstetrics and gynaecology and Director of Minimally Invasive Gynaecology at The University of Illinois College of Medicine at Chicago. But again, a lot of getting back to what’s normal for you happens with time.

The postpartum period can be tough for many reasons—so take Kristen’s advice and stop stressing about “bouncing back.”