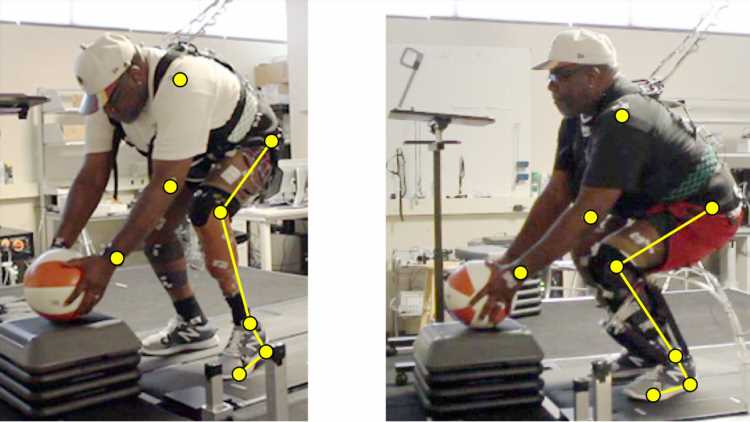 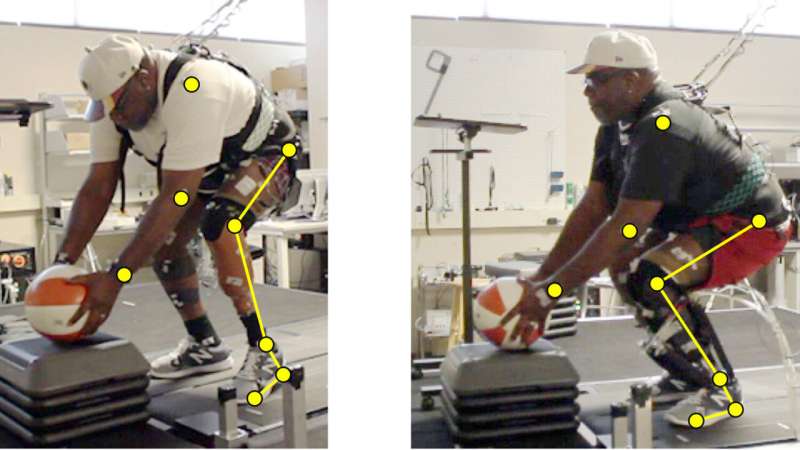 A recent case study from North Carolina State University and the University of North Carolina at Chapel Hill demonstrates that, with training, neural control of a powered prosthetic ankle can restore a wide range of abilities, including standing on very challenging surfaces and squatting. The researchers are currently working with a larger group of study participants to see how broadly applicable the findings may be.

“This case study shows that it is possible to use these neural control technologies, in which devices respond to electrical signals from a patient’s muscles, to help patients using robotic prosthetic ankles move more naturally and intuitively,” says Helen Huang, corresponding author of the study. Huang is the Jackson Family Distinguished Professor in the Joint Department of Biomedical Engineering at NC State and UNC.

“This work demonstrates that these technologies can give patients the ability to do more than we previously thought possible,” says Aaron Fleming, first author of the study and a Ph.D. candidate in the joint biomedical engineering department.

Most of the existing research on robotic prosthetic ankles has focused solely on walking using autonomous control. Autonomous control, in this context, means that while the person wearing the prosthesis decides whether to walk or stand still, the fine movements involved in those movements happen automatically—rather than because of anything the wearer is doing.

Huang, Fleming and their collaborators wanted to know what would happen if an amputee, working with a physical therapist, trained with a neurally controlled powered prosthetic ankle on activities that are challenging with typical prostheses. Would it be possible for amputees to regain a fuller range of control in the many daily motions that people make with their ankles in addition to walking?

The researchers worked with a study participant who had lost one leg about halfway between the knee and the ankle. The participant was fitted with the powered prosthetic ankle and did an initial evaluation. The patient then had five training sessions with a physical therapist, each lasting about two hours, over the course of two-and-a-half weeks. After the training was completed, the participant did a second evaluation.

After training, the study participant was able to do a variety of tasks that had been difficult before, such as going from sitting to standing without any external assistance or squatting to pick something up off the ground without compensating for the movement with other body parts. But one of the most pronounced differences was the study participant’s stability, whether standing or moving. This was reflected in both empirical evaluations—such as testing the patient’s stability when standing on foam—and in the patient’s level of confidence in his own stability.

“The concept of mimicking natural control of the ankle is very straightforward,” Huang says. “But implementation of this concept is more complicated. It requires training people to use residual muscles to drive new prosthetic technologies. The results in this case study were dramatic. This is just one study, but it shows us what is feasible.”

“There is also a profound emotional impact when people use powered prosthetic devices that are controlled by reading the electrical signals that their bodies are making,” Fleming says. “It is much more similar to the way people move intuitively, and that can make a big difference in how people respond to using a prosthesis at all.”

The researchers are already having more people go through the training paradigm and are expanding their testing to assess the results of that training.

Before making this technology more widely available, the researchers also want to engage in real-world beta testing—with people using the robotic prosthesis during their daily routines.

“As with any prosthetic device for lower limbs, you have to make sure the device is consistent and reliable, so that it doesn’t fail when people are using it,” Huang says.