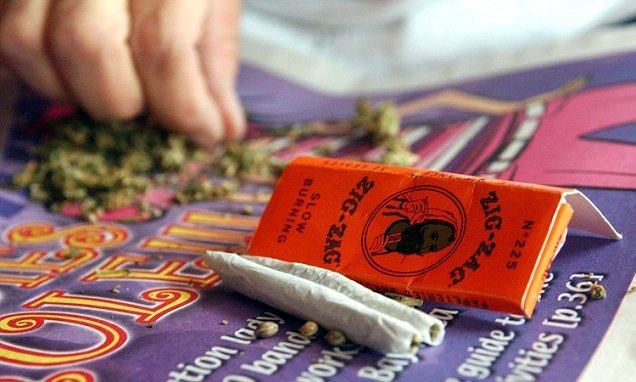 Why cannabis gives you the munchies: First ever study on the drug’s hunger-inducing qualities shows it triggers your hormones as well as your brain

It may sound hard to believe, but until now no study had mapped out how the drug interacts with cells and hormones to give users the so-called ‘munchies’.

We knew that THC (the psychoactive part of marijuana which induces a ‘high’) interacts with parts of the brain, and that users typically get hungry after using it, but the exact sequence of events remained a mystery.

Now researchers at Washington State University have shown that the drug may play with hormones, as well as brain receptors, to induce hunger in a much more complicated fashion than previously thought.

Lead author Dr Jon F Davis says the findings are urgently needed, since medical marijuana is being distributed to cancer, HIV and heart disease patients to treat potentially life-threatening appetite loss, but we do not know how it interacts with their bodies or, more importantly, with their diseases. 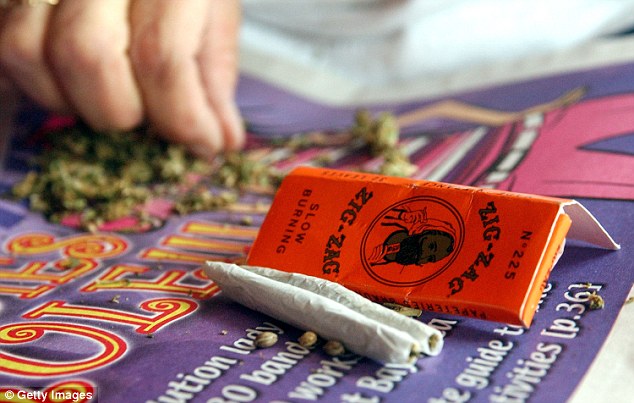 The researchers in Washington say the study is urgent since marijuana is given to cancer and HIV patients to treat appetite loss, but we do not know how it interacts with their bodies or their diseases

In fact, given the lack of research, only a few states have approved medical marijuana to treat anorexia, the medical term for appetite loss.

Currently the only other drug doctors can offer is Marinol, a synthetic drug designed to mimic cannabis, but patients often complain that it is ineffective, driving many to supplement it with progesterone injections that are costly with uncomfortable side effects.

The Washington State team say their research could not only validate the safety of cannabis for disease patients – or show us how to make sure it’s safe – but it could also open the door to finding which strains of cannabis best induce hunger, and which do not.

Down the line, they say, they may even be able to discover whether certain strains of appetite-inducing cannabis make you crave particular kinds of food – some sweet, some salty.

‘One of the reasons that medical marijuana has been legalized is to meet needs like this. People move all the way across the US to get it, and for many the reason is that Marinol has not been effective for them. They’re using cannabis – however, we have no information about how it is affecting them or their disease.’

The rats in Dr Davis’ study, presented on Tuesday at a medical conference, were ‘hot-boxed’ in metabolic chambers pumped with 800 milligrams of cannabis in just five minutes. That’s equivalent to the amount of cannabis that a medical marijuana patient might consume in a day over the course of hours. Another set of rats were in a chamber with normal air.

Whenever the rats got hungry, they could tap open a compartment to access food – a movement which was recorded so the scientists could track their rate of feeding.

They found those who were exposed to cannabis ate more frequently than their peers in control chambers.

Scanning their brains and checking their blood at regular intervals, the scientists could map out what was driving this urge.

Previously, it was assumed that cannabis made the brain more receptive to the hunger hormone ghrelin – unlike a drug like cocaine which switches off the hypothalamus (the brain region which regulates hunger).

To the researchers’ surprise, their study showed cannabis at first switches off – rather than switches on – the hypothalamus. It then triggers a powerful release of ghrelin from the stomach – something that had never been previously seen.

They found that this release coincides with the hypothalamus awakening, in a harmonious balance that sets the stage for ravenous hunger. 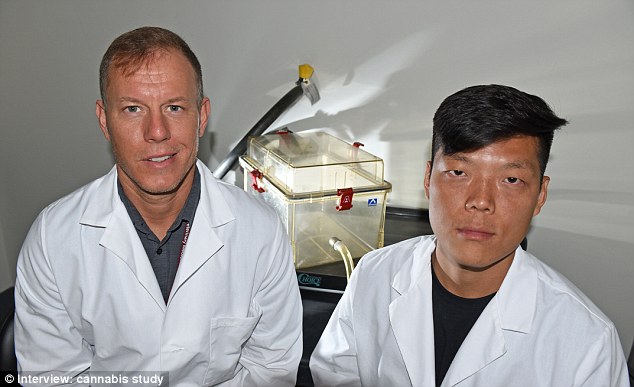 Dr Jon Davis and his graduate student ‘hot-boxed’ rats in metabolic chambers (pictured) pumped with 800 milligrams of cannabis in just five minutes. That’s equivalent to the amount of cannabis that a medical marijuana patient might consume in a day over the course of hours

Intriguingly, this spike in hunger took two hours to take effect, even with such a high dose.

Dr Davis said he suspects that might be different depending on different strains.

‘We are not able to get samples that are like what people are using because of regulations and restrictions,’ he told DailyMail.com.

‘My suspicion is that different forms of cannabis might stimulate appetite sooner and some may delay it further. They may effect your preference for certain foods, maybe make you crave something more salty, or some something more sweet.

‘Those are all things we want to look into.’

Crucially, he says, the delay they detected shows the drug’s interaction with stomach hormones are clearly more important than we had ever realized.

The next step is to prove whether THC itself stimulates the release of ghrelin, or whether it activates other pathways to trigger that release.

‘Not many people have studied THC. We think it’s working in the brain to stimulate appetite. THC probably does get into the brain to turn up appetite, but the physiological effects that lead to that are not as clear or simple. More is going on.’

Nor have many studied the hunger hormone ghrelin, a hormone that was only discovered in 2000 – 15 years before the FDA approved the hunger-boosting drug Marinol, which perhaps explains why the drug can be ineffective.

Dr Davis insists this new study ‘sets the stage for testing and vetting marijuana as a medicinal product’.

‘Currently you go in and you’re dealing with somebody that’s not scientifically informed,’ he explains. ‘You have the concentration [on the packet] but that’s it. You’re going through a lot of trial and error to end up with the drug that you need.’

Incensed, he adds: ‘Imagine if you’re a heart disease patient and you go to the doctor, they don’t just prescribe any old beta-blocker, that could kill you. They know exactly what you need for your blood pressure.

‘We need to use this methodology to test how medical marijuana can be used as a medical agent straight away.’

Dr Davis is now planning a follow-up to the study to hone in on how cannabis activates hunger in people with life-threatening diseases.

‘We have only studied this concept in healthy animals to understand the basic biology but our goal is to understand someone that’s sick that really needs the calories.

‘Giving them cannabis like this could stimulate appetite and help them regain lost body fat, but how? We really don’t know what the interactions are.

‘If we figure that out, that would give validity to medical marijuana and for doctors to prescribe it knowing what they’re prescribing.’