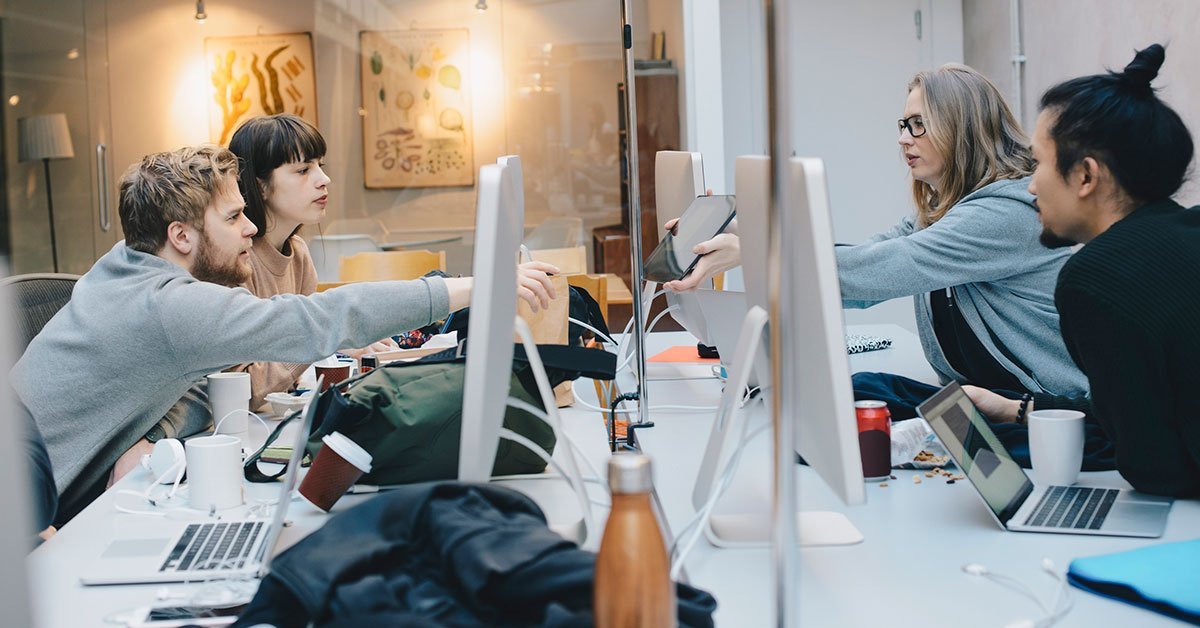 Multiple sclerosis can reduce productivity and affect cognitive abilities, forcing people with MS to cut back their hours, quit their jobs, or retire early. 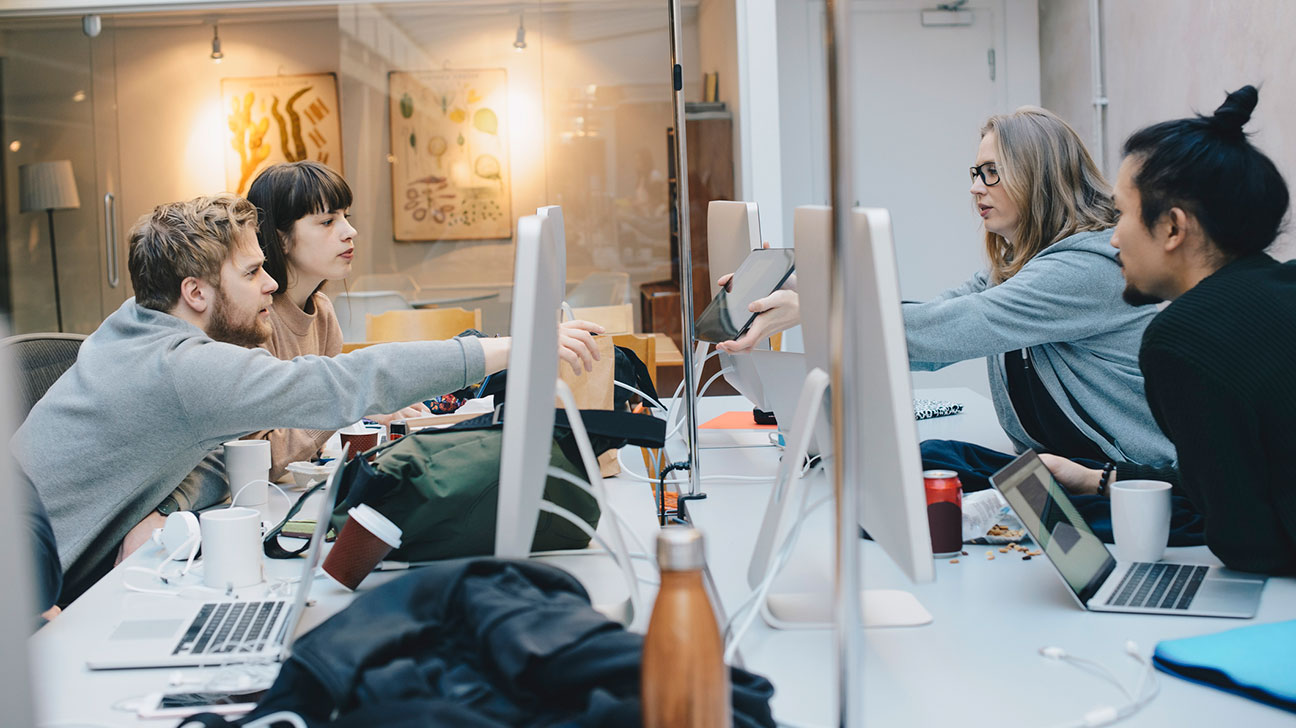 “I continued working with my company for four years after diagnosis and finally had to quit. It’s been an absolute nightmare and two years later I’m still battling for disability.”

That’s how Anna Stokes described how multiple sclerosis has affected her productivity and ultimately her life in the workplace since she received a diagnosis in 2012.

The former data entry/special projects manager is not alone.

Recent research shows fatigue and cognitive impairment as the two main reasons why an employee with multiple sclerosis (MS) has to change their job, reduce hours, or retire early.

The implication from the research is that MS affects employment status before physical disabilities even set in.

Some 95 percent of MS patients complain of fatigue and cognitive difficulties.

Other neurological symptoms that can affect employment include speech impairments, vision problems, and transportation difficulties.

Krista Brennan, a former IT executive and college professor, struggled with fatigue and cognitive difficulties as MS stole her career.

“All was OK, but when I had to give up my teaching job, that hurt. It was my passion,” Brennan told Healthline. “I don’t feel sorry for myself. I’ve worked a lot longer than others have. I’m fortunate.”

“These reports are consistent with other data which highlight that the so-called ‘invisible’ symptoms of fatigue and cognitive impairment on employment and work productivity in persons with MS can have more of an impact than an obvious physical disability,” Dr. Barbara Giesser, professor of clinical neurology at the David Geffen School of Medicine at the University of California Los Angeles and clinical director of the UCLA MS program, told Healthline.

“Strategies such as flexible work schedules and other accommodations may mitigate these impairments,” emphasized Giesser.

Work capacity is significantly affected by these invisible symptoms.

One study from Europe with 16,000 participants showed work capacity declined by as much as 74 percent. Fatigue and cognitive difficulties were the top two reasons.

Researchers in the United Kingdom recently confirmed that cognitive impairment is common and occurs across a range of thinking domains among those with MS.

The study looked at the extent of cognitive impairment in those with MS using the Cambridge Neuropsychological Test Automated Battery, a touch-screen program.

In all, 90 people with MS were evaluated in working memory, executive function, processing speed, attention, and episodic memory.

Executive function was the most frequently impaired domain, affecting 55 percent of the participants.

Disease duration and severity correlated closely with performance across all domains.

Patients with symptoms of depression were also more likely to have impaired processing speed.

The costs of MS

Data suggests that lost work productivity due to MS or the need to retire early is the largest single factor contributing to nonmedical costs of MS.

Loss of income is also associated with a corresponding increase in disability claims for governmental programs and insurance providers.

Nonmedical costs include short-term and long-term absence from work, reduced work hours, changing the type of work to a less physically challenging and stressful nature (usually at lower pay), and early retirement.

Although the costs vary by person, these factors result in reduced productivity and substantial income loss for those with MS.

In 2016, a systematic review confirmed that the main cost component for progressive MS patients is loss of productivity, up to 67 percent of their cost of illness.

Compared with employees without MS, those with the disease had more than six times the number of sick-leave days. The annual cost for disability to employers were nine times greater for MS employees.

Researchers in Australia looked at estimating MS-related productivity and losses. MS patients were present at work three times more often than they were missing work. The authors noted the importance of presenteeism being included in employment outcomes.

But of the 740 employees with MS, 56 percent experienced work loss due to MS in the previous four weeks. This resulted in an annual per person loss of $4,985 in U.S. dollars.

Other costs to employers include the loss of quality employees.

“I had to leave my job because of MS,” Kathy Reagan Young, a long-time marketing executive who received a diagnosis in 2008, told Healthline. “I need to be able to work from anywhere, like a hospital bed or, more often, my recliner.”

Employees with MS are protected by the American Disabilities Act (ADA) and in California, the Fair Employment and Housing Act.

Employers who don’t make a reasonable effort to accommodate an employee with complications from MS can pay big fines.

“MS is a disability. It’s a major life function,” said Jack Schaedel, partner and co-chair of Labor and Employment Practice at Scali Rasmussen, a law firm in Los Angeles.

“Unlike most antidiscrimination law, where you have to treat people the same, this one says you have to make a reasonable accommodation for the employee to perform their job,” Schaedel told Healthline. “Reasonable accommodations don’t impose undue hardship. It can’t be just that it costs you more or you don’t have an A-plus worker anymore. Hardship is where you fail and others fail because of you.”

Under the law, it’s the responsibility of the employer to figure how to help the worker be productive.

Adjustments might be making a workspace more comfortable, using hands-free apps, dictation, or providing an assistant to carry things or type.

“One’s job might be to give a lecture. Their job is not to carry their books to the lecture hall,” said Schaedel.

Schaedel added that it’s the individual and not the disease that is the focus.

“If the business can’t accommodate the employee, then they can’t,” said Schaedel. “But if they can, they must.”

When an employee receives an MS diagnosis, Schaedel suggests the company work with them to figure out how to proceed.

“Ask the employee what they need to do their job,” he said.

Treating symptoms in the workplace

Many with MS seek relief from fatigue and cognitive impairment in the form of prescription drugs, lifestyle changes, and alternative treatments.

One treatment growing in popularity is medical marijuana. Medical marijuana is legal in California, but employers don’t need to allow it based on the ruling in a 2008 California Supreme Court case.

In 2013, the Department of Justice granted exemptions to Washington and Colorado, where recreational marijuana is legal, by saying “they will defer the right to challenge their legalization laws at this time.”

This hands-off policy was reversed in January by the Trump administration.

Patients can legally take prescription medications while working. This includes codeine, lorazepam, Xanax, and other drugs commonly prescribed for MS symptoms, as long as they don’t interfere with their work.

MS causes people with the disease to redefine their lives.

“I haven’t given up,” said Stokes, who moved from Arizona back home to North Carolina after her diagnosis. “I’ve attempted to teach myself stained glass this year and [on the] days I’m able to do so, it’s a nice mental getaway. It helps combat my feelings of worthlessness after being financially independent and a former avid outdoors enthusiast.”

After changing her diet and way of living, her energy and clarity returned. She went back to school for another degree and currently helps her husband with his marketing business.

As a result of her improved health, Brennan recently started a consulting company, JoyfulFasting.com, to guide people through intermittent fasting, something she has used to clear up her fatigue and thinking problems.

Young became an MS advocate. She started an online business and found a whole industry of patient advocacy that she’s now building a career around.

“I want to help other chronically ill patients find legit work from home, patient advocacy opportunities, and share training on how to build an online business as well,” she said.

Editor’s note: Caroline Craven is a patient expert living with MS. Her award-winning blog is GirlwithMS.com, and she can be found on Twitter.