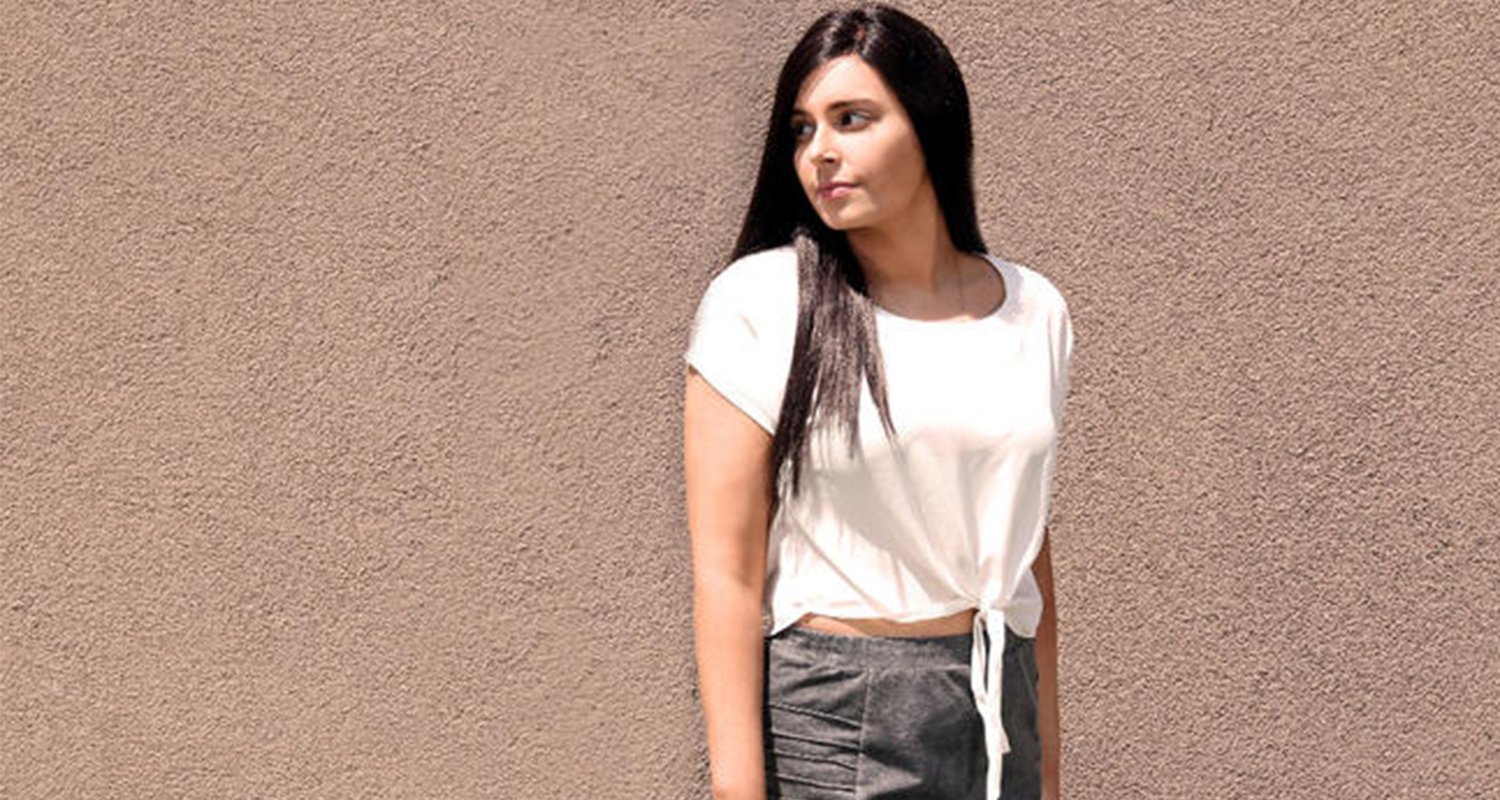 When most people think of Lyme disease, they think of tick bites and that classic bulls-eye rash. But for up-and-coming singer Marina Morgan, her experience with Lyme was a lot scarier.

RELATED: How Lyme Disease Stole The Sanity Of This Former ‘Rich Girl’

In 2015, Marina says she started experiencing terrifying symptoms—including sudden weight loss, choking, and problems walking and balancing. But it took over a year (and many tests) to determine that she had Lyme disease, a condition that afflicts around 30,000 people per year, according to the Centres for Disease Control and Prevention.

“It affects so many different parts of your body,” Marina told WomensHealthMag.com in a recent interview about her experience. “It can affect your hearing, it can affect anything. It’s so hard to pinpoint when somebody has it, that’s why so many people have it and they’re misdiagnosed for so long.”

But as physically challenging as her disease was (and continues to be—Marina is not yet in remission), she continued to pursue her music. Her first single, “Paralysed,” released in 2016, is about her journey with Lyme, and she has spoken about the disease with People and with various Lyme disease awareness groups. Her singing and her outspoken positivity have gotten her praise from high places—including a Twitter shout-out from her personal idol, Demi Lovato.

But now Marina says she’s ready to expand her horizons. Her new single, “Nightmare,” aims to shift the focus from her illness to more classic themes of romance gone wrong. “I want to be able to show a different side of me now and let everybody see not just Marina Morgan, the sick girl but Marina Morgan, the artist,” Marina says.

Marina spoke with us about her scary diagnosis as well as her big goals in the future:

Women’s Health: For people who may not be familiar, can you share your Lyme diagnosis and treatment journey with us? How did you find out that you had the disease?

Marina Morgan: Two summers ago, I started having really weird symptoms going on with my body. I was having a lot of digestive issues: I lost about 40 pounds in the span of two months because I would eat or drink something and my oesophagus would start to spasm. I would basically choke on everything that I was eating and drinking. I really thought that I was suffering from malnutrition because of it.

I was going through all of these tests that were coming back and everything was negative. Then, after that I went for this antibody test. And they came back and they said, “Well you have something called scleroderma [a rare autoimmune disease],” which is scary. It could potentially kill you in like 15 years. I started freaking out. I was like, I’ve got to find the best doctor possible, I didn’t know what to do with myself.

A year went by, and I was sleeping one night and I woke up, and I couldn’t see out of my right eye. Scleroderma wouldn’t normally have those kinds of symptoms—losing your eyesight is not part of it. I went to an infectious disease doctor and right away he was like, “Okay, you have Lyme disease. I don’t even have to wait for a test to come back. I’m positive that this is what you have.”

The test did come back positive. But the scary part is—the initial testing, the screening for Lyme disease came back as a false positive. That’s why at first they were like it can’t be Lyme, it can’t be Lyme. But the problem is that there’s so many strands of Lyme that the normal screening of it doesn’t test every single strand of it. But this time it came back right away that it was Lyme disease.

Because my symptoms were so severe—to this day I still have issues walking, I have balance problems, and it really affected the lower half of my body—and because I couldn’t swallow at the time, they had to insert a PICC line [an IV meant for long-term medications and nutrition] into my arm and I was on a very heavy dosage of antibiotics for the past year and a half. Every single day I would get an injection. About a month ago I got the PICC line out so I’m heading in the right direction, but it’s really been a whirlwind the past two years.

MM: Doing the smallest of things really takes all my energy out of me. Going to the store and just shopping for an hour, I come back and I’m done for the day. I’m 24 and of course I want to go out and hang out with my friends and be social but it’s hard, especially because I lose my balance very easily. There’s a lot of things I’ve had to say “no” to.

Because of this, I have realised who my real friends are, who have stuck by me through it all…When I was going through this, before we actually knew what it was, because I was losing so much weight or I was trying out so many different medications, I was hearing so many awful things about me—that I had an eating disorder! That maybe I was on drugs! All of this instead of coming over to me and saying, “Hey what’s going on? What have you been going through?” Everybody was just so quick to assume. I can’t blame them but still it’s a terrible feeling that people are thinking things about you like that.

WH: How has the disease impacted your career?

MM: I’m more driven to go for it. I was very nervous when I had all the issues with my esophagus because throwing up and choking is not good for your vocal chords. That was super scary. At first I was like, I’m not going to be able to sing, I’m going to ruin my voice. So I gave it time.

And in the meantime while that was going on…I went to the studio and I just wrote about everything—everything that I was feeling I just put it down on paper. It was my creative outlet and very therapeutic for me. Even though I was very nervous about what may happen, it also gave me that push to let me use my music to show the world what Lyme disease is and what I’ve been going through the past few years. It gave me more of a motivation to go for what I want.

[When I sang again] it was amazing just to know that nothing was permanently damaged. It was just an incredible feeling, I don’t even know how to explain it. I was just happy to know that I didn’t have to give something up.

WH: What has kept you motivated through all of this?

MM: My friends and my family. They have been extremely supportive so they have definitely helped me a lot. And the music. The music kept me extremely motivated. Even though I’m going through such a difficult period in my life right now, a lot of doors have actually opened for me right now which is crazy. I don’t know why exactly this happened to me right now, but this definitely happened for a reason.

MM: I hope touring and creating more music and putting out albums. That’s my dream that I would love to do. I’ll also hopefully go into remission so I can  enjoy my life again. I mean, I do enjoy my life. But just to not have to worry…I want to keep creating music and to sing for as many people as possible and hopefully give back to them what other artists have done for me.

This interview has been edited and condensed for clarity.