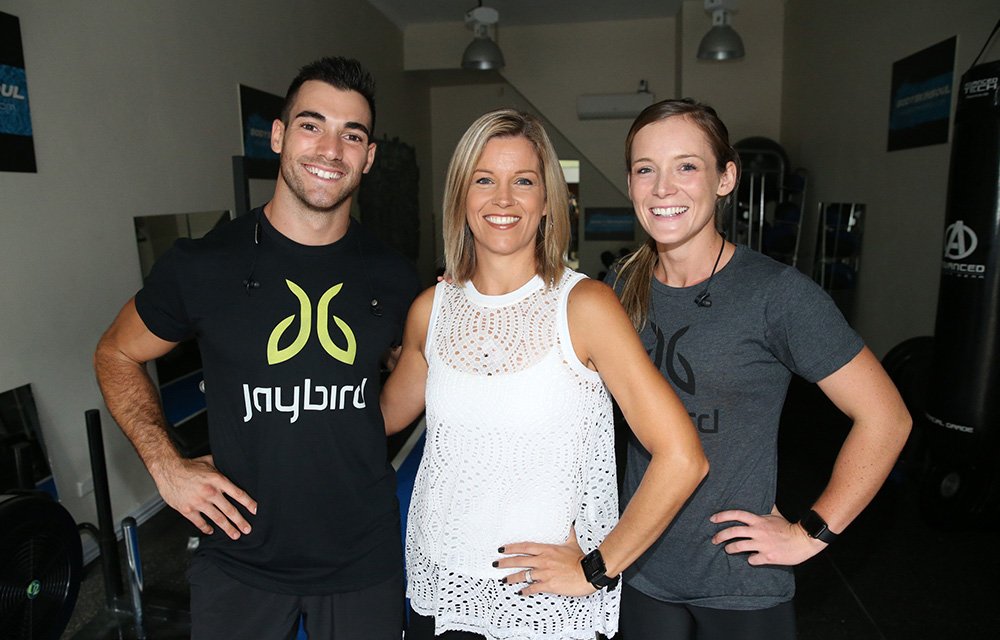 Running is very much about psychology. In fact, most of it is about psychology. Obviously our body is important, but how we interpret signals that our body gives us while we run is crucial. So, psychology is basically the thing that gets us out of the door when we’re running. We’ve got ‘over thinkers’… If we’re procrastinators, then often we don’t even get out the door. Psychology is actually really, really important in getting you out there running.

While you’re running, psychology is actually also really important in how you’re interpreting your body signals. So, if you’re feeling pain, fatigue, if you’re just feeling like you want to give up, then how you interpret those signals that you’re body is giving you is a very big factor when you’re running. It will actually determine whether you stop or keep going; whether you have a bit of a walk or stop for a drink.

RELATED: The Two Most Important Running Tips You’ll Ever Need

It’s also really important to have goals. So in terms of psychology with running, if you don’t have goals, it’s very difficult to stay motivated. So knowing what you’re actually trying to achieve, whether you’re trying to get quicker or to increase your distance or whether you’re doing it for weight loss, it’s so important to know why you’re actually running. That’s also the thing that’s going to keep you going.

Psychology is very important in terms of what motivates us and what goals are important. It’s also important to remember that motivation isn’t always there all the time. It’s not going to stick around, so if you’re relying on that to keep you running, you’re not going to keep going. So, relying on commitment and other psychologically motivating things to get you through that run is actually really, really important.

1. Don’t rely on motivation. It won’t get you through your run because there are going to be peaks and troughs in every single run. Whether you’re going for two kilometres or a marathon, you’re going to have moments when you think it’s all too hard. You need to dig deep in those moments when it’s too tough and know that what goes down comes back up. So when you’re running and you’re feeling really flat, stick with it because inevitably what will happen is, for the next kilometre you will likely feel better again.

2. Goals. Have goals when you run. Knowing what you’re trying to achieve is really critical. Set rewards for yourself. So, when you finish your run, reward yourself by having a nice bath; or getting a pedicure; or getting some new running gear or shoes. Rewards are really critical.

3. Break things down. If you’re going out for a long run, don’t think of the twenty kilometres that are ahead of you. Just think of the next goal, next lamppost, next street. It’s also good to pace your run that way. So, rather than trying to aim for a flat out run, I’m going to run to that tree and then jog and turn my legs over to the next tree. Then I’m going to run again. By spreading it out in intervals and doing a few faster paced runs and then having a jog in between, it breaks up the long run so it doesn’t seem like you have kilometres waiting ahead of you.

RELATED: How to Get Back into Running After Taking a Break

4. Another really good way to improve your running when it comes to psychology is to listen to music while you run, particularly if you’re running on your own. Running on your own leaves you susceptible to those little thoughts that spin around in your head that tell you it’s all too hard. If you’ve got music playing, that will distract you from those thoughts and will keep you focused on what you’re doing, which is running, not thinking about all those things you’ve got to do when you get home. Listening to some good music will keep you going for your run and it will actually make it enjoyable, which is really important when it comes to sustainable exercise. If you’re not enjoying something, then you’re not going to keep doing it. If you’ve got your favourite playlist and you’re running and you’re enjoying the experience, you’re much more likely to get out the door the next day or the day after.

Leanne Hall provided these tips on behalf of Jaybird Sport.