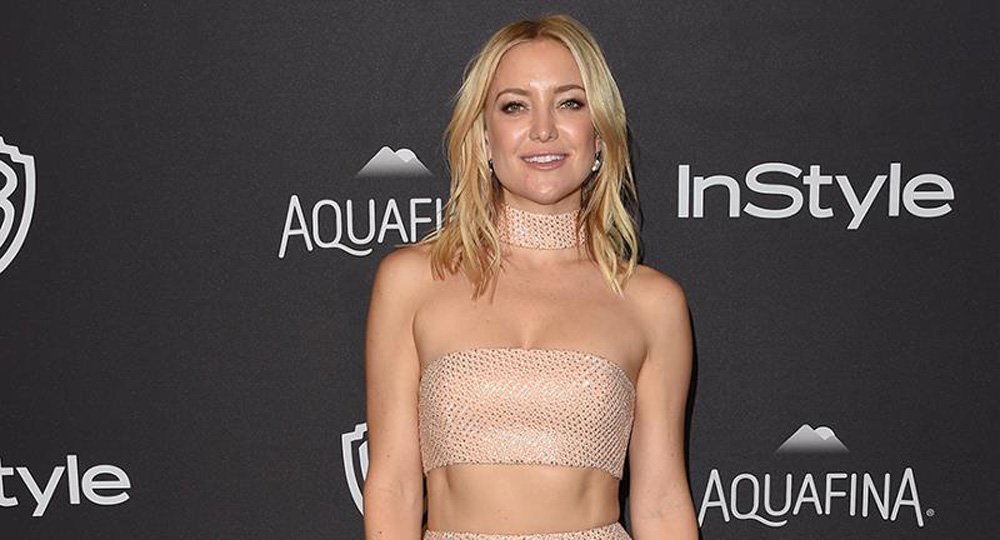 Kate Hudson has one of those bodies that make you wonder, “how does she do it?”

She’s the girl at yoga 6am Saturday, and the girl tearing it up on d-floor 11pm that night. You might see her and think, I’ll have whatever she’s having, if it makes me look and feel like that.

And it seems everyone is asking the same question because the actress penned, Pretty Happy, a book all about what it takes to look and feel great.

She loves coffee! “I’m not one of those people who wakes up hungry,” she told a US magazine. “…I realize that when I do [have breakfast], I eat less during the day or late at night.”

Most mornings, she wakes up to a cup of coffee and a green juice. After a workout—which varies from cycling and running to pilates or a Tracy Anderson routine—she’ll down a protein shake.

The moment when the man comes to take the diamonds away…. ⚔?Just one more hour to say a proper goodbye! @forevermarkdiamonds Thank you for sharing with me these beautiful pieces ? #goldenglobes #morningafter #drankawholepotofcoffee #MayDrinkOneMore

It's very possible I had one too many last night….?? #MamasNightOut #IHopeImOnTheRightPlane

She’s a bit Vegan. Hudson, 36, avoids meat, dairy, and gluten for the most part, and limits her sugar intake as part of a high alkaline diet.

“Our bodies are one large chemistry experiment,” she told People. As part of her high alkaline philosophy, Hudson gets 60 to 80 percent of her caloric intake from foods like tofu, nuts and most fruits and vegetables.

My #fitspiration girlfriend ✨? @angigreene Always good to have a friend who can kick your butt and push you further ?? #TryingToKeepUp #fabletics

She has 5 small meals a day. Hudson likes to have a salad for lunch and tucks into a late-afternoon snack before dinner. She focuses on having five small meals per day, she says in the March issue of Self, preferring plant-based dishes. “I don’t remember the last time I had a steak,” the actress admits.

She subscribes to the #treatyoself philosophy. “If I want to go out and eat at a restaurant with amazing food, I’ll do that, like, once a week where I’m not thinking about it,” she says. “I want to indulge! I want to do things that are not healthy sometimes.”

She also revealed her secret weapon for maintaining her perfectly sculpted body!