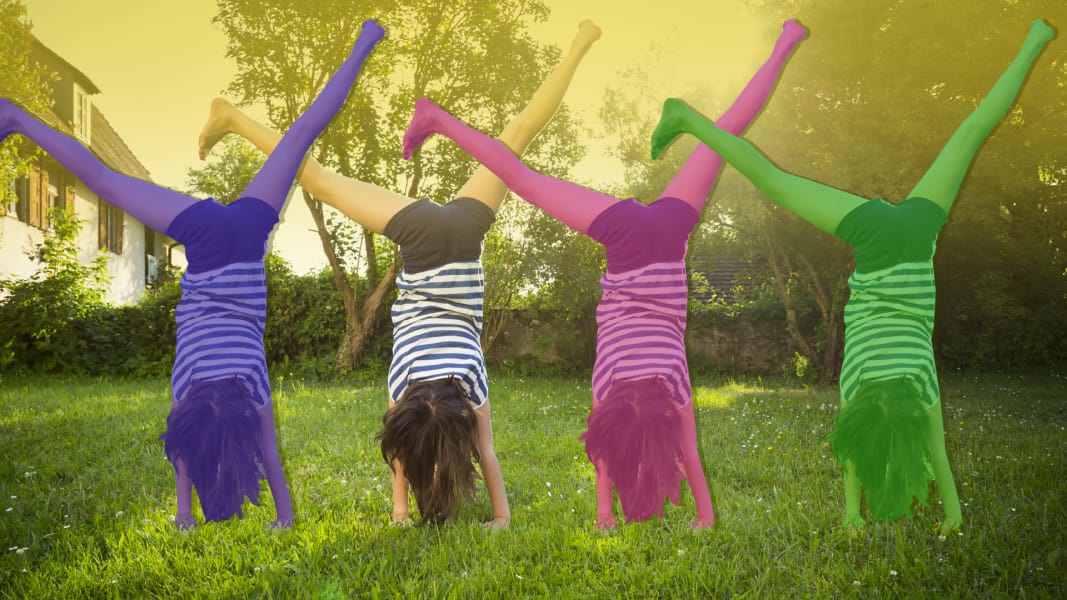 Yes! According to the United Nations, play is a fundamental human right to which all children must have access. It is vital for mental health, developing social skills and building confidence and resilience. Yet, over the past 60 years, there has been a rapid decline in children’s ability to play, according to experts like Peter Gray, Ph.D., research professor of psychology at Boston College and author of Free to Learn. “There is no comparison between the freedom that kids had when I was growing up in the 1950s and what kids have today,” he says.

Free play, sometimes called unstructured play, must be guided by the players themselves — in this case, children. “Free play is the most untainted for a child because it is whatever they want it to be,” says Debbie Rhea, Ph.D., founder and director of the LiiNK Project and professor at Texas Christian University. “An adult has no influence and gives no guidance in helping a child to figure out what they’re going to do with a space, a concept or equipment. The child figures out what they want to do, how they want to go about it and what rules to create and follow.” In this context, children develop the skills that not only serve them in the present but also help them grow into happy, successful adults.

Do you remember standing at the edge of a pool, contemplating whether to dive in, then taking the plunge? Or wondering whether that tree is too tall to climb, then scrambling up it? When someone does this, they are intentionally and consciously exposing themselves to fear. “This is how you learn courage,” says Gray. “This is how you learn you can be in a fear-inducing situation, and you can manage it. You can control yourself. You don’t panic.”

When kids are at that should-I-or-shouldn’t-I moment, it’s tempting to step in and play hero. But you’re better off letting them play through this moment of fear, says Rhea. “My philosophy is you don’t fix it,” she says. “You allow them to develop their confidence, self-esteem and intrinsic motivation. That’s healthier than what we have today, which is a large group of very extrinsically motivated children.”

The first time a child pushes another child, they may get a negative response yet repeat the behavior. But eventually, the second child will walk away. “Over time, they learn, ‘OK, I can’t push this person or they’re going to stop playing with me,’ so they stop pushing,” says Rhea. “They start monitoring their own social behaviors by doing this kind of thing.

“Play is a natural context for learning how to get along with other children,” adds Gray. “The reason is that it’s freely chosen and self-motivated, so you’re free to quit. This makes play the most democratic activity there is.”

When comparing children who have more time to play and those who spend more time in structured, adult-driven activities, researchers have found important differences in what they call executive function — the ability to develop and follow through on a plan for solving problems.

“This is consistent with the idea that the forebrain connections — the parts of the brain involved in these things — are growing,” says Gray. “Play is how children learn to take control of their lives, make their own decisions and develop a sense that they can solve their own problems. They start to understand that they can meet the bumps on the road of life, because they’ve been out there playing and experiencing the bumps on the road of life.”

Since the 1960s, researchers and educators have used Rotter’s Internal-External Locus of Control Scale to better understand how we interact with the world around us. As free play has decreased, external locus of control — whereby you believe you are controlled by fate, circumstance and other people — has increased. Internal locus of control, its opposite, has decreased.

Where parents come in

If you’re reading this, realizing your child is overscheduled and descending into a spiral of self-blame, hold on just one moment.

Rhea agrees. “I know it’s hard today,” she says. "We need to let parents be parents and kids be kids. I wish parents could relax, even a little, and allow kids to experience things even a little more than they’re experiencing them now.”

Every little bit does help. And the first step is a shift in mindset. “Parents have to work to become aware that play is not wasted time,” says Gray. “It is where and how children learn what really are the most important human skills.”