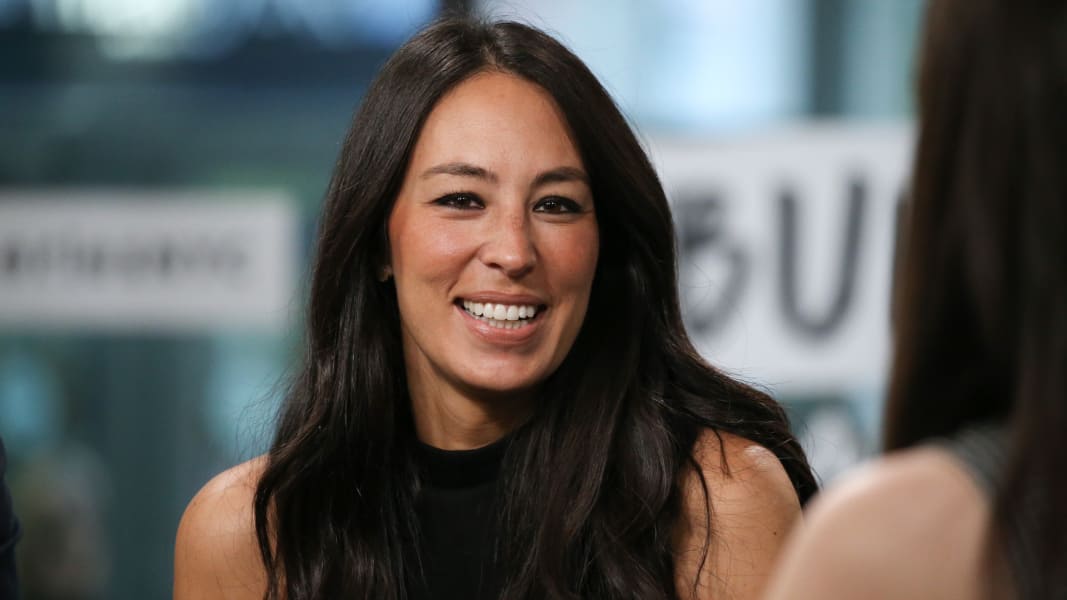 In June, Joanna Gaines (and husband Chip Gaines) welcomed a new addition to their family: Crew Gaines. Crew is the fifth child for Chip and Joanna — though he is their first in over eight years — and while the pair had joked about the possibility of having another child, Joanna recently revealed that she never thought it would happen. In fact, People reports that in the current issue of The Magnolia Journal, Joanna said, “I truly believed I was done. And yet," Joanna adds, "after eight years, here I am with a newborn in my arms.”

That said, while Joanna’s pregnancy wasn’t anything she or husband Chip anticipated, it was exactly she needed. "Being pregnant… ‘forced’ [me] to slow down [and that] has been a gift,”

However, things haven’t been easy for Joanna. She admits that, with this pregnancy, things were different: “I am 40, and pregnancy this time was different. I have always really enjoyed being pregnant — I tend to feel my best during those nine months. [But] this time I felt a little more worn out than usual.”

She also revealed that she feels like "a first-time mom all over again." However, that isn’t necessarily a bad thing. Age has also given her perspective. "I don’t know if it’s because I’m a little older, but this time around, I am more comfortable in my own skin, sure that I can do this," Joanna said. I am "confident that I was made for this very thing in this very season."

Chip and Joanna welcomed Crew to the family on June 21. “And then there were 5," Chip wrote on Twitter. "The Gaines crew is now 1 stronger! 10 beautiful toes and 10 beautiful fingers all accounted for, and big momma is doing great! #blessedBeyondBelief.” And Chip is right: The entire Gaines family is beautiful.