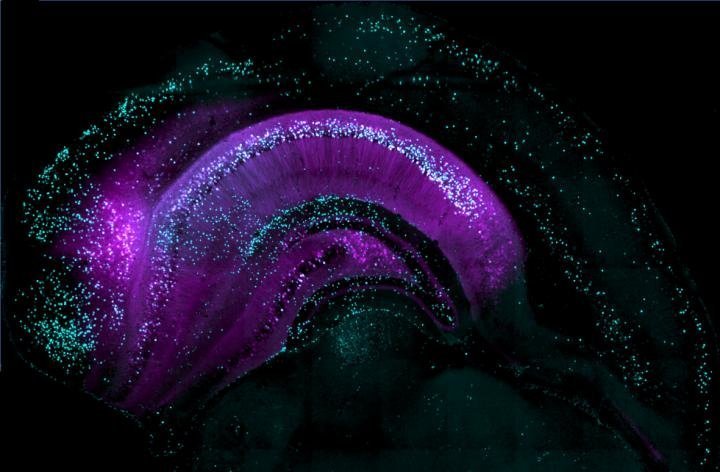 We know instinctively that our experiences shape the way we learn. If we are highly familiar with a particular task, like cooking for example, learning a new recipe is much easier than it was when we were a novice. New research from the University of California, Davis, shows that experience also changes the way our neurons become plastic and form new memories.

The work is published online in the journal Neuropsychopharmacology.

“Our main question was, how does experience modify the way that the brain learns?” said Brian Wiltgen, associate professor at the UC Davis Department of Psychology and Center for Neuroscience. “If you zoom all the way down to the level of a neuron, does experience alter the way that it becomes plastic?”

Wiltgen’s laboratory uses laboratory mice to understand the cellular and molecular mechanisms underlying learning and memory in a brain structure called the hippocampus. Unlike their wild cousins, lab mice are safe from predators, warm, well-fed and well-cared for, but they don’t have the same variety of life experience as a wild mouse.

Decades of research with laboratory rodents has shown that a protein called the NMDA receptor, found at the connection between nerve cells, is essential for forming new memories. If you train mice on a simple task, you can prevent them from learning by giving them a drug that blocks the NMDA receptor.

Graduate students Ana Crestani and Jamie Krueger in Wiltgen’s group used a simple but robust training procedure called “contextual fear conditioning.” Mice were placed in a novel environment (where they had never been before) and after a few minutes received a mild foot shock through electrified grids on the floor. The sensation is about the same as placing your tongue on a battery. The shock startled the mice and, as a result, they learned to be scared of the new context. Consistent with other work done in laboratory mice, they found that if NMDA receptors were blocked, animals showed no memory for the experience the following day.

To see if experienced animals learned the same way, the researchers trained mice who had previously undergone fear conditioning but in a different environment. When these animals were trained in a new context they could develop a response even when NMDA receptors were blocked.

“This suggests that experienced animals form memories using different plasticity mechanisms than naive subjects even if they are learning about the exact same thing,” Wiltgen said. In other words, the way our neurons form new connections depends on their prior history, a phenomenon called metaplasticity.

Animals form memories by creating and strengthening connections between networks of neurons. Wiltgen’s hypothesis was that if an existing network was reactivated, it might form connections in new ways.

“In our experiments, we found that previously activated neurons were more excitable than their neighbors. That is, they fired many more action potentials when stimulated,” Wiltgen said.

They hypothesized that the excitable state of these neurons could make them capable of different kinds of plasticity—as if the network were amped up and ready to learn new information.

To demonstrate this, they worked with mice in which previously activated neurons glow with green fluorescent protein, or GFP. Co-author John Gray, assistant professor in the Department of Neurology and Center for Neuroscience, and his graduate student, Eden Barragan, measured the excitability of these cells, finding that the GFP cells in previously activated networks were indeed more excitable than other neurons.

Importantly, when they trained experienced mice on the contextual fear conditioning task, they found that GFP cells were preferentially activated, suggesting that they formed the new memory. Interestingly, the way they did so was unique. Instead of using NMDA receptors, these neurons appeared to use a different molecule, the metabotropic glutamate receptor.

“When animals learn something completely new, it activates NMDA receptors, which strengthen synapses and forms a new memory network. In addition, the activated cells become more excitable, which allows them to encode additional information using a different receptor,” Wiltgen said.

These findings provide insight into the way new experiences are integrated with established memories—something that animals, including humans, do every day. Yet as Wiltgen admits, his laboratory animals are still very naive compared to their wild relatives.