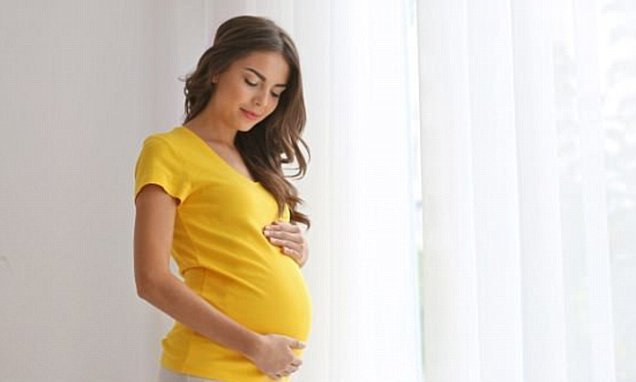 Men are to blame for women freezing their eggs: Inability to find males who will commit to a relationship is the most common reason for procedure, rather than career, finds study

Single women are freezing their eggs due them being unable to find men who will commit to a relationship, rather than to focus on their careers, new research suggests.

Most women who freeze their eggs are single, divorced or in broken relationships and wish to keep their options open, the research adds.

Some even freeze their eggs because they would rather be single mothers, the study found.

The researchers claim the reason for egg freezing ‘mostly revolves around women’s lack of stable partnerships with men committed to marriage and parenting’.

Around 76,000 egg-freezing procedures are expected to take place in the US this year. Since 2010, at least 471 babies have been born from frozen eggs in the UK. The researchers analysed 150 women who chose to freeze their eggs from four IVF clinics in the US and three in Israel.

The women were interviewed about their reasons to undergo the procedure.

Some 85 percent of the participants were single, with the remainder being in new or uncertain relationships, polygamous couples, or with men who do not want children.

More mothers are waiting until later in life to have children, but pregnancy after 50 is still quite rare.

A woman’s fertility begins to decline in her early 30s. After age 35, her number of viable eggs starts to fall more quickly.

Women are born with a set amount of follicles – between one and two million – or immature eggs.

These develop at different rates. Some follicles never release an fully-fledged egg, but each month the ovaries release one egg to wait for fertilization in the uterus.

Most women only ovulate around 450 eggs over the course of their lives, so by their late 40s, most have run out and start to head toward menopause.

Menopause begins around age 51 for the average woman, at which point pregnancy becomes impossible.

However, even as fertility is declining among American women (and men) overall, one group is having a few more babies than they did in the past: older women.

The birthrate among women between 45 and 49 – the oldest group that the Centers for Disease Control and Prevention tracks – went up by 0.1 percent between 2016 and 2017.

So far, an Indian woman believed to be in her 70s who had a baby boy in 2016 is thought to be the oldest to give birth, though a 66-year-old holds the official record.

Celebrities too, have made headlines for having in their later years, including Janet Jackson who had her son, Eissa Al Mana, at age 50.

A growing number of women choose to freeze their eggs – which decline in quality with age – while they are younger, use IVF, surrogates or donor eggs in order to have children at more advanced ages.

But pregnancy after peak fertility can come with risks.

Older women are more likely to develop high blood pressure, preeclampsia, diabetes and heart problems, so most doctors screen them carefully if they are trying to conceive.

If women in this age group do get pregnant, doctors will continue to monitor them closely as a precaution, but they can certainly have healthy pregnancies, and a growing number are doing just that.

Results further suggest women are more likely to freeze their eggs because their partners work abroad than to focus on their careers.

Speaking of the findings , study author Dr Marcia Inhorn said: ‘Our study suggests that the lack of a stable partner is the primary motivation. Freezing eggs holds out hope for many.’

‘Most women had already pursued and completed their educational and career goals but by their late 30s had been unable to find a lasting reproductive relationship with a stable partner. This is why they turned to egg freezing.’

‘Their choices are to freeze their eggs, hope to find a partner or decide to become a single mother with donor sperm.’

Dr Inhorn adds doctors performing such procedures should be aware of the potential reasons behind women’s decisions and offer appropriate support.

The findings were presented at the European Society of Human Reproduction and Embryology in Barcelona. ‘This is about missing men and leftover women’

This comes after research released last July by the same researchers found most women who freeze their eggs are doing so because they cannot find a similarly successful man.

The claim was made following reports that women are a third more likely to attend university than men in the UK.

These highly-educated women, who pay around £5,000 each for egg freezing, are described as the ‘leftover women’ amid a generation of ‘missing men’.

Their problem, according to the researchers, is they are unable to find similarly clever, driven men because fewer males are entering higher education.

Dr Inhorn said: ‘There are not enough graduates for them. In simple terms, this is about an oversupply of educated women.

‘In China they call them “leftover women”. It sounds cold and callous but in demographic terms this is about missing men and leftover women.’