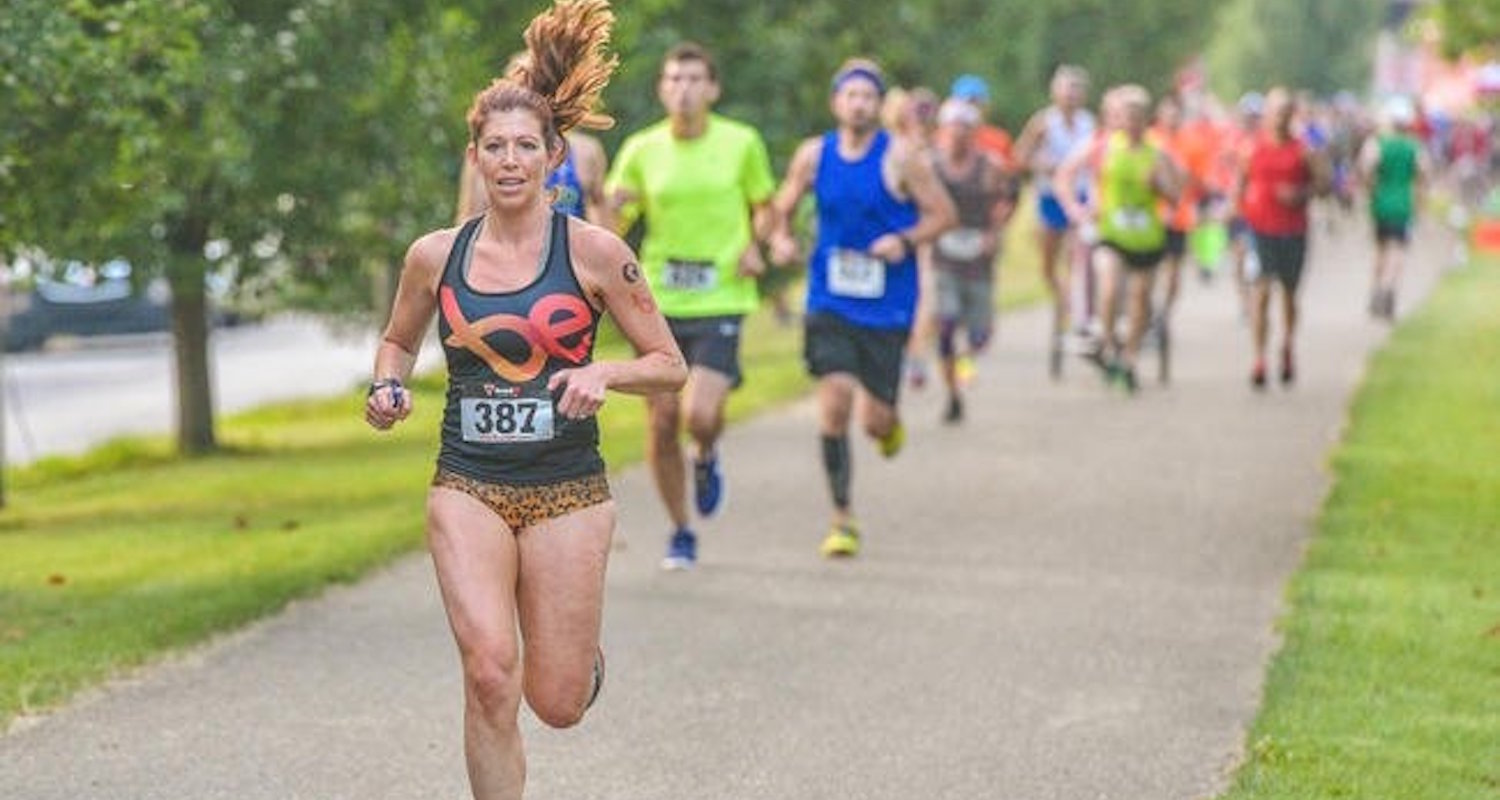 The day after I ran a half marathon in early August, I woke up to a notification that I was tagged in a race photo on Facebook. Interested to see how the day had been captured, I clicked and was left speechless by several comments from a man I do not know.

“That’s because she doesn’t have any damn clothes on and she’s running for her life…No wonder joggers get raped.”

The comments declared that a woman’s attire could invite rape. His words not only propagated the idea that it is a woman’s responsibility to avoid sexual predation, they excused it. They normalised it. As a woman and a mother, I felt compelled to confront this man’s words beyond reporting them to Facebook or having them deleted from the photo comments (photographer has done both).

So I sat down to write a piece on my blog that was at first a cathartic exercise. It was not something I expected anyone to read beyond my husband and maybe some running friends. I didn’t anticipate what happened over the next 24 hours. It was shared, posted, and became a point of discussion on several social media platforms, including many running forums. I was contacted by local and national news stations and multiple magazines to tell my story.

I never imagined I would take on this issue, but after reading the comments that my race attire was an invitation to be raped, I needed to take a stand. This attitude and the way some think about rape should not go unaddressed.

Responses to my blog have varied widely. Some people think the comments on my race photo were trivial and not worthy of attention. Some defended the dark ideas behind those comments. Some dismissed and diminished these comments as simply a rude critique of my clothing choice or my body. But I felt hope that overwhelmingly, people were calling for an end to rape culture, which is society’s normalization of behaviors like victim blaming, sexual objectification, and the trivialization of sexual assault.

With so much to absorb, I am now responding to some of the feedback, with the hope of putting a fine point on my position.

It is not my responsibility to choose a race outfit or workout apparel to deter the temptation of men. The length of my shorts is not an indication of interest, invitation, or consent.

Rape and sexual assault are crimes of violence and control that stem from a person’s determination to exercise power over another. It is an appalling crime with devastating effect on victims and those close to them. Nobody asks to be raped. Ever.

As an anthropologist I recognise blaming the victim can make us feel safe. Redirecting blame to women is easier than confronting the societal problem of rape, which is far bigger than just a pervasive cultural myth. It is comforting to pretend sexual assault is something that only happens to people who make bad choices, like racing a half marathon wearing leopard-print competition briefs in August in Ohio. It is easier to harbour a subconscious belief that if women just did all the right things, including dressing a certain way, then we would never be raped.

This is not true.

In fact, this myth has been debunked repeatedly by research studies as well as the Justice Department and other organizations. But these facts, these statistics, this basic logic have clearly not reached the man who commented on my race photo nor others who have posted responses in his defense.

“She is running in panties, not that she deserved rude comments… but, seriously woman??? If you don’t want the attention, then dress like a woman who isn’t desperate to be noticed.”

There have been many responses similar to this one. Each time I read a derogatory comment in response to my blog post, my initial reaction is to justify my outfit.

It was a race!
Competition briefs are appropriate attire for racing!
Haven’t these people ever seen a track meet? Watched the Olympics?
It’s hot! I perform better if my legs move more freely!
They’re fun!

And each time, I am disappointed that my gut reaction to such horrific comments is to defend my wardrobe choice. After all, there were photos from the same race of shirtless men, men in short shorts, men in tight shorts, yet no one is motivated to comment on their potential for inviting sexual assault.

“If you don’t want to be sexualized, then there are certain things you shouldn’t wear out in public. When you wear stuff like that outside of your home, you have to be prepared for feedback.”

Had this man called me unattractive, pointed out the cellulite in my legs, or drawn attention to the loose skin around my postpartum stomach, my feelings may have been hurt a bit. But I would have rolled my eyes and moved on, because after all, I wasn’t entering a beauty pageant. I was racing a half marathon and the garments I chose to wear enabled me to perform well regardless of how attractive or unattractive I may have looked.

I wrote the blog because this man propagated the global and persistent cultural myth that rape is preventable if women would simply behave or dress a certain way.

I have been asked if the man who made the comments on my photos has responded. He has—to my blog, online media coverage, and to many comments from other people on his Facebook page (he has since removed these).

He continues to refer to me online as a frail, oversensitive “snowflake,” and mock the seriousness of rape culture. Other individuals with similarly warped thinking continue to place the responsibility of rape on the choices the victims make. These ideas provide rapists what they’re looking for: an excuse for violence and an opportunity to exert power over somebody else. And while this man may believe his comments qualify as a lesson in how to dress if you want to avoid rape, it only propagates an ignorant, dangerous belief surrounding rape culture.

I hope that by speaking out, others will be encouraged to speak out as well and help change that culture, because with enough snowflakes, you can cause an avalanche that transforms the landscape.

Laurah Lukin, Ph.D.., is a runner, coach, and assistant dean and professor of medical education at the University of Cincinnati. She also is the cofounder of LaoTong, a women’s running community that unites and empowers women through running. Laurah has raced as an elite athlete, winning and placing in many local and national races. As an athlete and coach, Laurah works to inspire an active lifestyle and encourage others to be engaged in their own health, to set high goals, work hard and never give up.