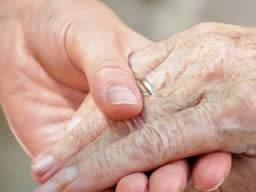 This hot feeling is often due to enhanced blood flow to the area as a response to inflammation. Having a rash that is hot to touch can be a sign of a mild or more serious cause.

This article will help a person identify when they should seek medical treatment for their rash.

What causes rashes that are hot to touch?

Many different rash types exist. Some of the common ones that are known to cause skin that is hot to touch can include:

This eczema type causes plaques to develop on the skin that may be hot to touch. Other symptoms can include:

Cellulitis is an example of a serious cause of a rash that is hot to touch. A bacterial infection causes cellulitis within the deep layers of the skin.

A person with cellulitis can have swelling, tenderness, and redness in the affected area, as well as it feeling hot to touch.

Common areas where cellulitis appears are the lower legs, face, or neck, but it can happen anywhere on the body.

Because cellulitis can cause widespread infection, a person should not delay in seeking medical care.

This rash type occurs when a person comes in contact with something that causes them to be allergic.

Common causes include nickel, other metals in jewelry, makeup, and latex gloves. Diaper rash and cracked hands due to excess water contact are other examples.

Lupus is an autoimmune disorder that can affect the skin and cause rashes, patches, and sores.

This reaction often occurs after a person is exposed to the sun or experiences high levels of stress.

This condition most commonly affects children and causes a distinct “slapped’ cheek rash on the face that feels warm to the touch. The rash may also occur on the thighs.

Impetigo is a skin infection that occurs due to breaks in the skin that bacteria can then penetrate.

Impetigo can cause a rash that has pustules or fluid-filled bumps that usually have a yellow crust.

While an impetigo rash will sometimes heal with time, a doctor may prescribe antibiotics to treat it quickly.

Strep bacteria cause this condition that has symptoms of strep throat, as well as a rash that usually occurs on the upper trunk of the body. The rash can look like sunburn that is rough and hot to the touch and may have small bumps called papules present.

These are just a few examples of common rash causes that may also result in a rash that is hot to touch.

Children are especially vulnerable to rashes that are hot to touch.

This tendency is because a child’s immune system is not as developed as an adult’s. They are also more likely to come in contact with potentially irritating substances and bacteria.

Older adults and people with conditions that affect their immune system may also be more prone to infections that make the skin red and hot to touch.

Other risk factors include having a history of allergies and allergic reactions. Some skin conditions may run in families and increase the likelihood a person will have a rash that is hot to touch.

When to see a doctor

According to the journal American Family Physician, researchers estimate that more than 12 million doctors’ office visits are made annually in the United States due to rashes in children and adolescents.

While some rashes will go away when a person stops being exposed to what is irritating their skin, others require a doctor’s care.

Symptoms that a person should seek immediate treatment for include:

Also, any time people are at all concerned about a rash that feels warm to touch, they should see their doctor.

Treatment depends upon the underlying cause of the rash. Doctors treat cellulitis with antibiotics, for example. They will, however, treat a rash from atopic dermatitis with topical treatments.

Some general treatment rules to ease the itching and burning of a rash that is hot to touch may include:

It is essential to avoid scratching a rash to prevent it from getting worse and scarring.

Not all rashes are preventable, but there are some methods people can use to keep their skin healthy and reduce the risk for infections.

A person can ask their doctor about other preventive tips depending on what is causing their rash.

If a rash that is hot to the touch is due to underlying infection, leaving it untreated could cause complications. Examples may include sepsis, which is a severe infection that affects the whole body and can be fatal.

A person can also experience scarring after a serious rash, which is why it is essential to avoid scratching and to stop the rash from worsening.

Rashes can range from those that are the result of chronic conditions, such as eczema, to those caused by acute exposure to an allergen.

While a rash being hot to touch can be a common symptom, a person should not ignore additional symptoms, such as a fever, significant pain, or difficulty breathing.