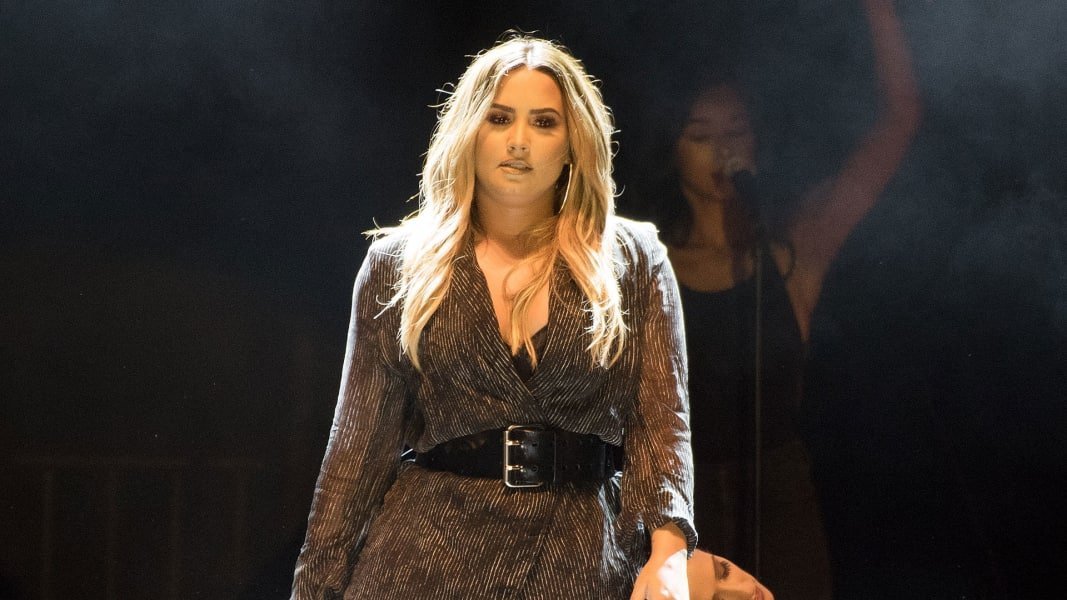 Yesterday, we learned of singer Demi Lovato’s apparent drug overdose. Lovato, who has a long history of opening up about her past struggles with addiction and mental health, had been sober for six years before her recent relapse. But that’s the thing about addiction: It’s complicated and can affect anyone, regardless of whether they’re successful or famous or had reached a sobriety milestone.

In the most basic terms, addiction is a disease that affects both a person’s brain and their behavior and leads to an inability to control the use of a substance, like alcohol or various forms of opiates, according to the Mayo Clinic.

Physiological addiction is known for tolerance (when your body acclimates to a substance so escalating doses are needed to still feel something) and withdrawal (what happens to your body and brain when the substance is not available), Dr. Joseph H Baskin, a psychiatrist at The Cleveland Clinic, tells SheKnows.

According to Baskin, heroin is highly addicting. We have natural receptors in our body that control pain and euphoria (among many other functions) and opiates (the class in which heroin is) work on these receptors to create the high. Relapses are very common. They can occur to alleviate the physical symptoms an individual is experiencing (commonly known as dope sick) or can be related the overall use disorder.

"Psychologically, patterns arise out of drug-seeking and using behaviors, and these couple with the physical side to make craving very intense for users," Baskin says. "Over time, it is believed that chronic use of heroin can alter executive function — that is, it can impair the part of the brain that mediates judgment, forethought and understands consequence. For some users, obtaining the drug overrides all other considerations, including sex and food."

According to the National Institute on Drug Abuse, substance misuse and addiction affect women differently than men. For example, women’s hormones, menstrual cycle, fertility, pregnancy, breastfeeding and menopause may all impact our struggles with drug use. In addition, NIDA also indicates that women tend to use smaller amounts of substances for shorter periods of time than men before they develop an addiction.

In addition, women often have a dual diagnosis when it comes to addiction and substance abuse, particularly with depression and PTSD, Dr. Ramesh Sawhney of The Recovery Spot tells SheKnows.

So often, addiction is dismissed as a weakness or something a person can control or avoided to begin with rather than a legitimate disease.

"We have a societal prejudice that often has little sympathy for what happens to someone after they become addicted to something they should have avoided in the first place," Baskin explains. "However, if 10 people, similar in numerous ways, were to experiment with drugs, they all wouldn’t experience the pull that addicts do. After that first use, some will sacrifice everything that they previously held dear in service of the drug. That is the devastation of addiction and that is an illness. Horrible for the individual, a nightmare for family and friends to see."

What we need to understand about relapse

When a person seeks treatment and is sober for a period and then relapses, they are at a high risk of using doses for which they were previously tolerant but now represent a high risk for overdosing, Baskin says.

Sawhney says that relapse often occurs when a person does not receive appropriate therapy for their addiction in the first place. Moreover, there is an approximately 95 percent relapse rate for opioid users within one week of discharge from treatment when not on medication-assisted therapy versus an approximate 95 percent success rate when medication-assisted therapy is utilized and continued in conjunction with counseling, he adds.

What reportedly happened to Lovato is not unique. Relapse is a part of recovery and is very common, Dr. Sherrie Campbell, a licensed psychologist, tells SheKnows.

"They happen most often when people are too bored, too hungry, too tired or are under too much pressure," she explains.

Even if a person is sober for years, it doesn’t mean they’re out of the woods. Campbell says sobriety "can be a tricky thing because it is easy to convince ourselves that we’ve got it handled, and we may falsely assume that we are now safe to dabble again, that we will be able to handle it."

Certain events and life experiences, like being under too much pressure or facing loneliness or boredom, can be triggering for sober individuals who are in recovery from an addiction, Campbell adds.

If you or someone you know needs help or more information on addiction, the Substance Abuse and Mental Health Service Association has a a free, confidential, 24-7, 365-day-a-year treatment referral and information service (in English and Spanish) for individuals and families facing mental and/or substance use disorders. You can reach them at 1-800-662-HELP (4357), or visit their online treatment locators.