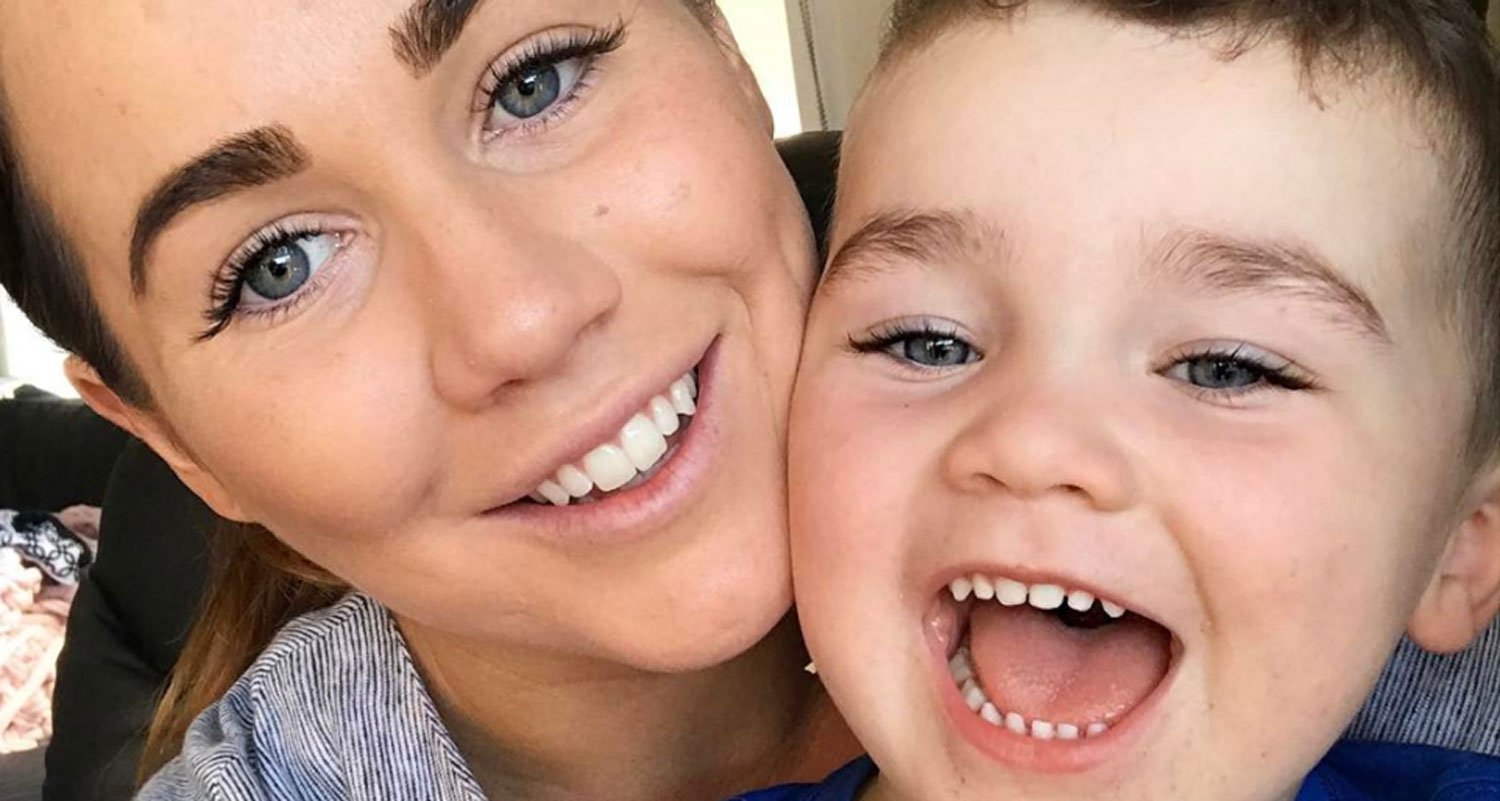 It’s no secret that being a parent can be pretty darn stressful. But when your child has an allergy, it takes things to a whole new level.

No one knows this better than mummy blogger, Sophie Cachia. In a recent post for Wattle Health, the 26-year-old opened up about the time her two-year-old son Bobby suffered a severe anaphylactic reaction.

“It was 2016 and our little family was living in Adelaide,” she began the lengthy post. “I wasn’t yet pregnant with Florence, so it was just my husband, Bobby and myself.”

“That day I hadn’t really gotten around to organising anything for dinner, but I was stoked to find a pre-made pasta sauce in our fridge ready to go! I whipped up some ravioli and popped on the pumpkin and walnut sauce.”

As she was doing so, Sophie recalled wondering whether Bobby had tried walnuts before.

“Bobby had just about tried every food and had no allergies. I thought to myself, ‘Well, he’s had heaps of banana bread and he loves muffins, so surely he’s come across walnuts before in his life?’”

It wasn’t until he spilled some of the sauce on himself that she noticed something was off.

“We sat down together and Bobby dove straight in,” she wrote. “The first spoonful he attempted he missed his mouth completely and it plonked straight on his forearm. I grabbed a cloth and said ‘You silly billy!” before noticing how red his arm was. Thinking I was the worst Mum ever for allowing my son to burn himself, I quickly cleaned him up and just as I did, he simultaneously popped a spoonful of sauce in his mouth. No pasta, just sauce.”

In a matter of “seconds,” things took a turn for the worse.

“His mouth started to bubble and mini-hives appeared before I even had time to say ‘CRAP,’ she wrote. “I could see the hives getting bigger and spreading all over his cheeks, his ears, up the back of his neck and starting to go down his chest. He started to scratch like a dog and cough.”

With her husband Jaryd in the middle of football training, Sophie’s first thought was to call her mum. But panic began to set in so she messaged Jaryd’s manager to tell him he was needed at home.

“Luckily the football club was in the next street, so it was all of three minutes before Jaryd sprinted in the front door to a hysterical me standing in the kitchen with a relatively content but extremely, hivey, red and rashy, Bobby,” she wrote.

“We’d been to emergency with Bobby before but we’d never called an ambulance before. The panic in these situations is so high that we just went, “JUMP IN THE CAR!” because together we thought we could get there quicker. In hindsight, this was a TERRIBLE move.”

“In those 10 seconds of grabbing my bag, with Bobby under my arm, the most horrific thoughts started going through my head. I’m going to kill my son.”

The three of them jumped in the car but were soon stopped by traffic.

“Bobby started to cough and vomit everywhere in the back seat and his wheezing was getting bad. I knew my son was struggling to breathe and all I kept thinking was how much his reaction had escalated in 10 minutes. I screamed at Jaryd to take him out of his car seat and hold him so he would stop choking on his vomit.”

“Desperate times call for desperate measures,” she added. “As the mum who had allowed him to eat this food, I couldn’t turn around. I was cowardly.”

Her next thought was to wave down a policeman who had pulled up to the lights across from them, speeding next to him to get his attention.

“I was a maniac,” she recalled. “I was screaming at the top of my lungs for cars to move or for the lights to change, even contemplating getting out and running to the hospital.”

“My greatest fear started to kick in when the choking, vomiting and crying turned to utter silence. Bobby had gone limp. Jaryd said, ‘C’mon buddy. Wake up.’ This is when I vomited on myself driving and let out a scream that I didn’t even know was inside of me. I was a desperate mum who had made a bad decision. ‘This is it,’ I thought. ‘I’ve killed my boy.’”

When they finally reached the emergency room a minute or so later, they were told to go to the back of the line.

“You never want to be that mum, but I certainly had to be this night,” she wrote. “I ran to the window again and begged in tears to go first.”

Thankfully, a nurse saw her despair and rushed to give Bobby the help he needed.

“It’s a really bizarre feeling when your kids are in hospital,” she wrote. “But to stand there with vomit all over you, both yours and your sons, tears streaming down your face and watching a team of staff assist your baby boy and knowing that it’s all YOUR fault? It’s something I would not wish upon my worst enemy.”

HEAVEN ?? Thanks for tuning into live with me & the boy who NEVER wakes. The deepest sleeper known to man! With all the lights on and two of us talking, ladies & gents, Bobby Cachia.

Bobby has since been diagnosed with allergies to both walnuts and pecans. Sophie and Jaryd now have to carry an epipen wherever they go, as well as an asthma puffer and Zyrtec drops.

“If he is to come across walnuts again the reaction will be greater. Perhaps quicker. Perhaps fatal,” she wrote.

“Luckily for us, we walked out of the hospital that time with a healthy boy and two educated parents.”