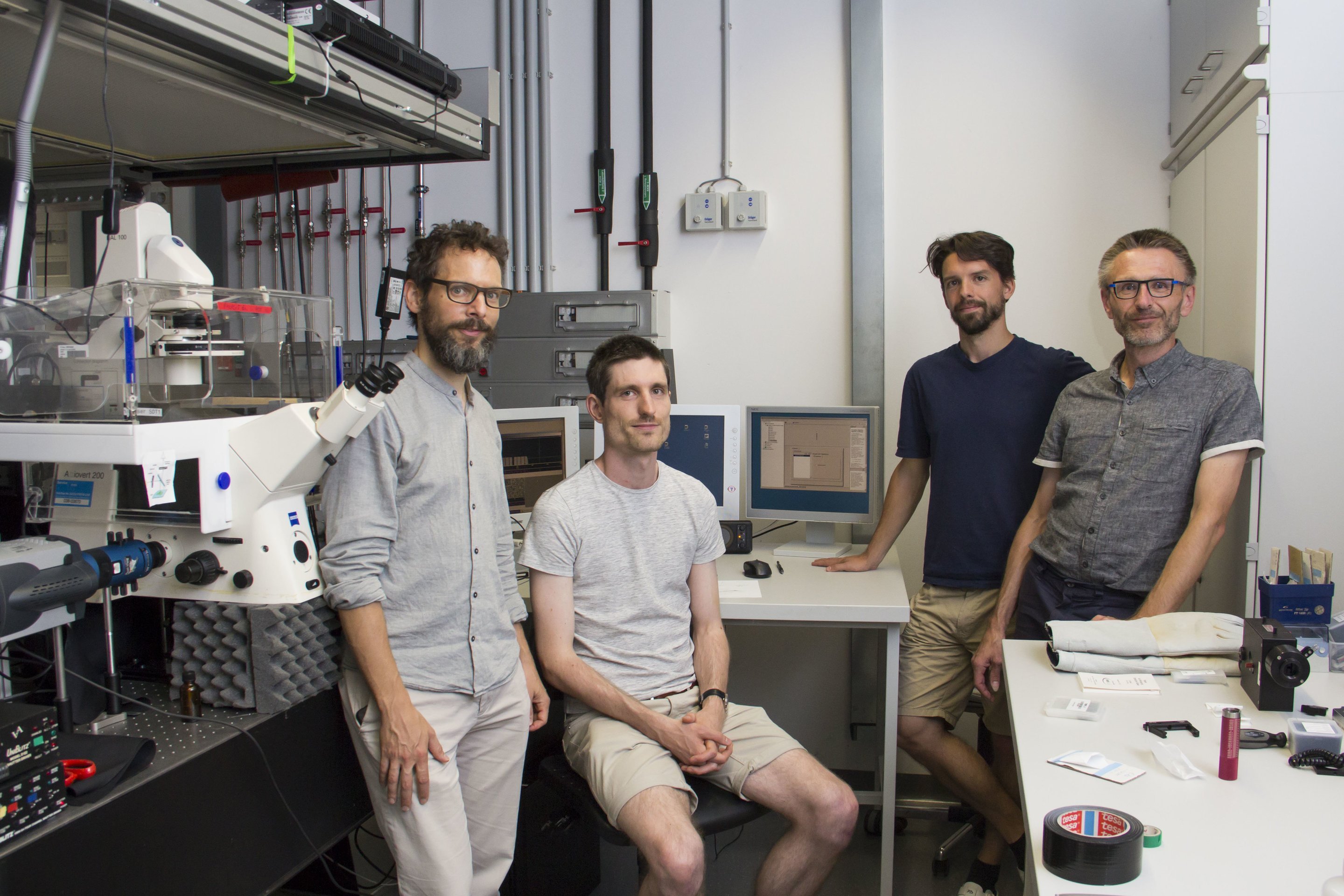 Without T cells, we could not survive. They are a key component of the immune system and have highly sensitive receptors on their surface that can detect pathogens. The exact way that these receptors are distributed over the surface of the T cells is still not completely understood, but the analyses by TU Wien show that previous ideas are no longer tenable.

It was previously thought that the T cell would concentrate the receptors at certain points in order to achieve the highest possible sensitivity. As a current publication by the biophysics research group at TU Wien shows, T cells are actually programmed to react as quickly as possible, and therefore their receptors are arranged at random. These results were made possible by close collaboration between the Medical University of Vienna (MUW) and the Max Planck Institute (MPI) of Biophysics in Göttingen. These new findings not only help to better understand the immune response, but are also key in developing new methods of medical treatment. These findings have now been published in the specialist journal Nature Immunology.

A needle in a haystack

“A T cell is a highly specific molecule detector,” explains Prof. Gerhard Schütz, head of the biophysics research group at the Institute of Applied Physics at TU Wien. “Each T cell only reacts to a very specific molecule, and so we need many different T cells in our bodies.” Each T cell carries many thousands of copies of the same receptor on its surface.

To trigger an immune reaction, the T cell still needs an important partner—the so-called antigen-presenting cell. The surfaces of these cells present many molecules with the aid of special carrier proteins. Some of these molecules originate from endogenous structures and are harmless, but characteristic antigens of harmful intruders are also transported by the body on these antigen-presenting cells.

Controversially, it has been discussed how the T cells manage to react so extremely sensitively to a small amount of very specific antigens. A widely held theory is that a greater number of receptors on the T-cell surface are locally concentrated in clusters, and together the receptors then manage to more precisely dock with a specific antigen. When modern high-performance microscopic methods improved to the extent that images of these T-cell surfaces could be taken for the first time, this theory appeared to be confirmed. Irregular structures could be seen on the T-cell surfaces that were interpreted as receptor clusters.

But this conclusion was a little premature. “We examined the T cells very closely and focused all our efforts on improving the microscopic methods,” says Gerhard Schütz. “What was previously thought to be clusters of several receptors is probably no more than an artefact; it’s actually quite easy to image the same receptor molecule multiple times.”

The analyses carried out at TU Wien have now suggested another theory: The receptors might well be distributed randomly over the T cell. That would also explain why the immune reaction happens so quickly. Regardless of how the antigen-presenting cell comes into contact with the T cell, the T cell always has a ‘key’ that fits the ‘lock’ at this location. If this is correct, the two cells do not lose any time getting into the right position, but instead the immune reaction can be triggered immediately.