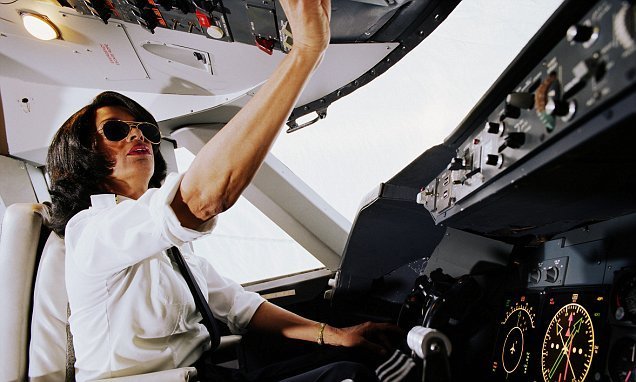 Stale cockpit air may be affecting your pilot’s performance

Stale cockpit air may be affecting your pilot’s performance: Study reveals the surprising factor you SHOULD worry about on a flight

Keeping carbon dioxide levels low in the cockpit may be key to making sure a pilot is at the top of her or his game and making your flight safe, new research suggests.

With every breath of oxygen we inhale, we get a dose of carbon dioxide, too.

Even though the gas is the waste product of our respiration, it is safe for us to breath in some, but too much can be deadly.

As carbon dioxide levels climb (which they are doing globally, due to climate change), the substance crowds out oxygen as we inhale, making our heart beats faster and brains foggier.

You might not even notice higher carbon dioxide levels, but for pilots flying 175,000lbs metal tubes full of people through the air, Harvard researchers found that even slight changes to the cockpit atmosphere can alter their technical skills. 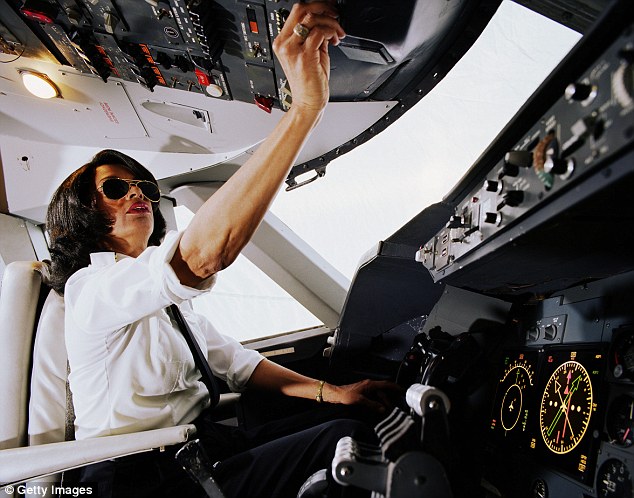 The higher CO2 levels are in the cockpit of an airplane, the more likely a pilot is to make mistakes if they should have to do an emergency maneuver, Harvard University research found

The air at 35,000 feet above sea level – the average cruising altitude of a plane – is not designed for human consumption.

Inside an airplane, the air composition and pressure is very tightly controlled to be optimal for both passengers and pilots.

Air indoors – whether in an airplane, car or building – always has higher levels of carbon dioxide (CO2) than the outdoors, where the air is about 400 parts per million (ppm) CO2.

This is inevitable due in large part to our own presence and exhalation which adds CO2 to the atmosphere.

We know that too much CO2 is deadly, but it is only recently that the same team of Harvard scientists discovered that even in the range of what we have considered ‘safe,’ higher levels of the gas can change the ways our minds function.

In their previous 2015 study, the researchers found that when the concentration of CO2 was on the upper end of what is typically found in office buildings (ranging from just under 1,000 ppm to 5,000 ppm) people’s cognitive performances suffered.

In fact, for every 400 ppm the concentration of CO2 went up, people scored 20 percent lower on the tests.

CO2 levels had the most dramatic effects on people’s abilities to respond to crises, strategize and make decisions.

So Dr Joe Allen and his team wondered how CO2 levels would affect a group of people whose job relies heavily on all of those skills: pilots.

Pilots have the third most stressful job, according to the most recent rankings from Career Cast’s annual survey.

During each trip, passenger’s lives are in the hands of the two pilots, who have to be hyper-vigilant, putting their bodies in a constant fight or flight mode.

This is controlling flight deck circumstances to make sure the pilots’ brains operate at their best is key not only to the safety of passengers, but to the mental health of pilots.

Harvard researchers put each of 30 male commercial pilots in the ‘cockpit’ of a flight simulator and pumped in different levels of CO2 (from about 700 ppm to 2,500 ppm). They then asked them to perform 21 flight maneuvers.

The odds that they got a ‘passing’ grade on the maneuver were 69 percent higher at the lowest carbon dioxide levels than they were the highest level.

Even between 700 and 1,500 ppm, there was a 52 percent difference in pilots’ performances.

CO2 levels reach 1,500 ppm about five percent of the time in airplane cockpits.

These were ‘extreme conditions and it is very rare that pilots are subjected to them,’ says Dr Allen, and even at the worst CO2 levels, ‘it’s not like the plane or any simulated passengers would have been in jeopardy, so the positive news is that flying is safe.’

But his findings suggest that it is by far safest when CO2 levels are low.

Previously, scientists thought that performance might lag simply because air circulation wasn’t very good in the cockpit, the new study’s results show ‘the direct effects of CO2 on performance, not just through ventilation,’ says Dr Allen.

Good ventilation is the key, however, to keeping CO2 levels low in the cockpit, Dr Allen says.

‘When an airplane’s ventilation is working well and properly, we see CO2 concentrations are low, and that’s when pilots’ performances are best,’ he explains.

Typically, the levels hover around 1,500 ppm in the cabin, though cockpit levels haven’t been consistently tracked.

But the lower these levels are, the better for everyone. Getting these levels down means improving ventilation systems to move more air more quickly.

Doing that is expensive but the cost shouldn’t even be a question in Dr Allen’s mind.

‘From a practical standpoint, if you want to keep CO2 down, you should increase the ventilation rate,’ he says.

‘We’ve been discussing the energy versus health trade off in buildings, starting in the 1970s, we’ve sacrificed health for the sake of savings,’ Dr Allen says.

‘We have allowed indoor pollutants to build up at the cost of human health and the same is true in airplanes.’

The stress and unusual conditions of a pilot’s job have earned more attention in recent years, particularly since the fatal Germanwings crash in 2015.

Research following the incident revealed that more than 10 percent of pilots suffer from clinical depression and four percent have suicidal thoughts.

It is not yet clear if CO2 levels may have an impact on depression itself, but Dr Allen’s findings certainly bolster the notion that high levels of the gas do a pilot’s brain no favors.

‘We need to be making sure we’re monitoring the quality of the air pilots are breathing,’ he says.

‘We’ve been facing a false choice, we should be prioritizing, in my opinion, health and performance.’

In May, the highest levels of CO2 in 800,0000 years were recorded in our atmosphere, at 412.6 ppm, and the are only expected to climb, and it could mean that we will begin to face the same cognitive challenges pilots do in their cockpits.