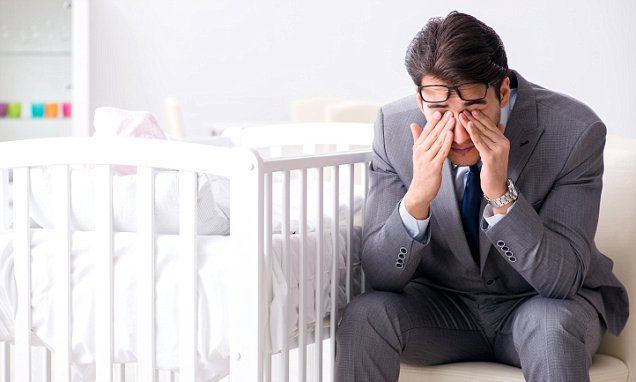 Post-natal depression is now nearly as common among new FATHERS as it is mothers, finds research

Post-natal depression is now nearly as common among new fathers as it is in new mothers, research suggests.

For years debates have raged as to whether men can really suffer from the so-called baby blues, known to strike women.

But the new study, by Indiana University scientists, shines more light on the reality of post-natal depression in men.

They found 4.4 per cent of fathers screened positive for depression in clinic visits – compared to around 5 per cent of mothers. 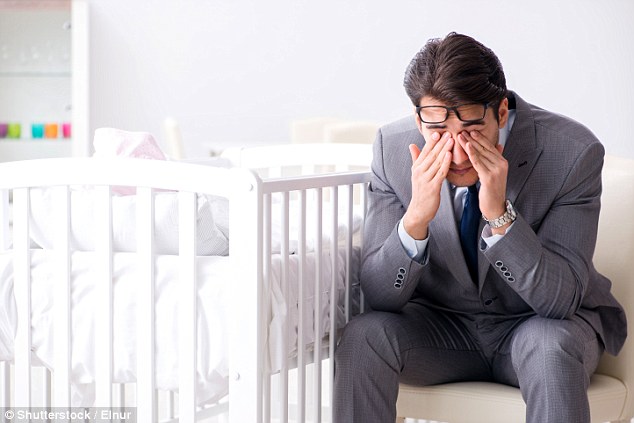 For years debates have raged as to whether men can really suffer from the so-called baby blues, as they don’t go through pregnancy or childbirth

Fathers attended less than a third of the clinic visits, where they were asked to fill out questionnaires about post-natal depression symptoms.

All of the parents in the study had children under the age of 15 months, and were screened between August 2016 and December 2017.

However, similar rates of depression were seen within both mothers and fathers, according to the study published in JAMA Pediatrics.

New mothers are routinely screened for depression and an estimated 10-12 per cent are found to be affected in their first year after giving birth.

But fathers are not routinely screened – despite repeated calls by men and charities to change official guidelines in the UK by Nice.

National Institute for Health and Care Excellence, which advises the NHS, said last year there were no plans to change its guidelines on the issue.

The body was prompted into clarifying its position after Mark Williams spoke out about his battle with depression after the birth of his son.

Mr Williams, founder of the charity Fathers Reaching Out, suffered from the baby blues following the traumatic birth of his child Ethan.

WHAT ARE THE SYMPTOMS OF POST-NATAL DEPRESSION?

Several studies have shown the established method doctors use to detect post-natal depression in women works poorly in men.

The Edinburgh Postnatal Depression Scale does not capture symptoms common in men, such as irritation and restlessness.

Instead, it focuses on symptoms such as feelings of guilt, sleep disturbance, low energy and suicidal thoughts.

The study comes amid emerging evidence that children can suffer from the effects of post-natal depression in their parents, too.

Studies show depressed parents can be less sensitive to the needs of their child, particularly infants with a tendency to cry frequently.

Babies of depressed parents also are less stimulated, which can be a contributing factor to slower development.

In some cases, depression can even lead to neglect or inappropriate force being used on the child.

The new findings come after a study in November found a third of depressed new fathers have thought about hurting themselves or their child.

Swedish scientists at Lund University warned post-natal depression in men often goes untreated as they are reluctant to seek help.

Post-natal depression affects more than one in every five new mothers and usually starts within the first month of after childbirth.

Many women do not realise they have post-natal depression because it can develop gradually and often goes undetected and untreated.