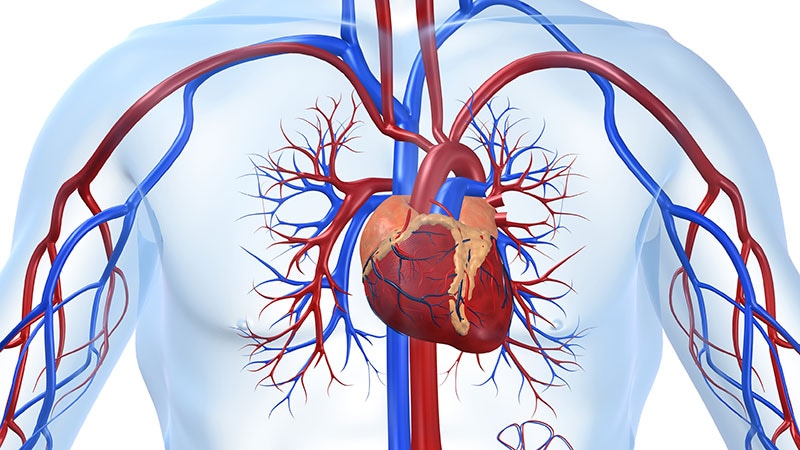 A new study based on U.S. veterans’ medical records adds to the evidence for a link between gout – especially poorly controlled cases – and cardiovascular disease (CVD) risk, Tate Johnson, MD, reported at the annual research symposium of the Gout, Hyperuricemia, and Crystal Associated Disease Network.

Poorly controlled serum urate was associated with a higher risk of cardiovascular events, regardless of the use of urate-lowering therapy (ULT). He said more research is needed to see if there is a causal link between gout, hyperuricemia – or its treatment – and CVD risk.

Johnson and colleagues used records from the Veterans Health Administration for this study. They created a retrospective, matched cohort study that looked at records dating from January 1999 to September 2015. Patients with gout (≥ 2 ICD-9 codes) were matched 1:10 on age, sex, and year of VHA enrollment to patients without a gout ICD-9 code or a record of receiving ULT. They matched 559,243 people with gout to 5,407,379 people who did not have a diagnosis or a recorded treatment for this condition.

Among people with gout in the study, poor serum urate control was associated with a higher risk of all CVD events, with the highest CVD risk occurring in patients with inadequately controlled serum urate despite receipt of ULT, particularly related to HF hospitalization (aHR, 1.43; 95% CI, 1.34-1.52) and HF-related death (aHR, 1.47; 95% CI, 1.34-1.61).

Limits of the study include the generalizability of the study population. Reflecting the VHA’s patient population, 99% of the cohort were men, with 62% of the gout group and 59.4% of the control group identifying as White and non-Hispanic.

The study provides evidence that may be found only by studying medical records, Richard J. Johnson, MD, of the University of Colorado at Denver, Aurora, said in an interview.

Richard Johnson, who is not related to the author, said that only about one-third of people with gout are adequately treated, and about another one-third take urate-lowering therapy (ULT) but fail to get their serum urate level under control. But it would be unethical to design a clinical trial to study CVD risk and poorly controlled serum urate without ULT treatment.

“The only way you can figure out if uric acid lowering is going to help these guys is to actually do a study like this where you see the ones who don’t get adequate treatment versus adequate treatment and you show that there’s going to be a difference in outcome,” he said.

Richard Johnson contrasted this approach with the one used in the recently reported study that appeared to cast doubt on the link between serum uric acid levels and cardiovascular disease. The ALL-HEART trial found that allopurinol, a drug commonly used to treat gout, provided no benefit in terms of reducing cardiovascular events in patients with ischemic heart disease. But these patients did not have gout, and that was a critical difference, he said.

He noted that it was not surprising that the results of ALL-HEART were negative, given the study design.

“The ALL-HEART study treated people regardless of their uric acid level, and they also excluded subjects who had a history of gout,” he said. “Yet the risk associated with uric acid occurs primarily among those with elevated serum uric acid levels and those with gout.”

The study received funding from the Rheumatology Research Foundation and the VHA. Neither Tate Johnson nor Richard Johnson had any relevant disclosures.

This article originally appeared on MDedge.com, part of the Medscape Professional Network.