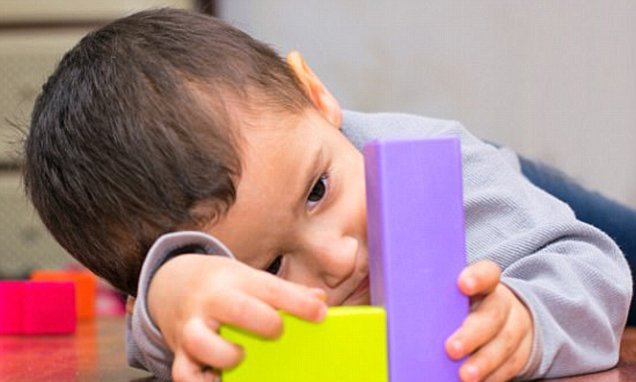 Drugs under development for cancer could halt autism symptoms by blocking a protein linked to both conditions, new research suggests.

When given to pregnant rodents, the drugs not only ease the mothers’ symptoms, such as hyperactivity, but also prevent their offspring from being born with the disorder, the research adds.

Lead author Professor Riccardo Brambilla, from Cardiff University, said: ‘It could be possible, in principle, to permanently reverse the disorder by treating a child as early as possible after birth’.

More than 695,000 people in the UK are thought to be on the autistic spectrum. The disorder affects around one in 59 children in the US. 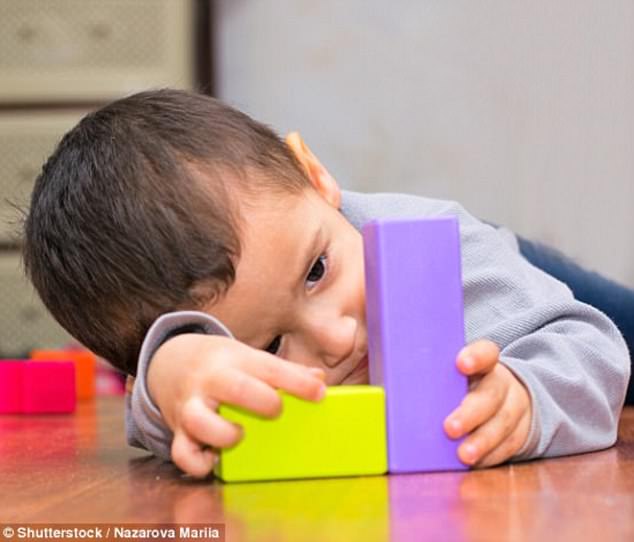 THE SIGNS AND SYMPTOMS OF AUTISM

According to the Centers for Disease Control and Prevention, people with autism have trouble with social, emotional and communication skills that usually develop before the age of three and last throughout a person’s life.

Specific signs of autism include:

The researchers discovered that mice with autism-like symptoms have higher levels of ERK2, which has recently been investigated as a target in cancer treatment.

Such symptoms include reduced maternal actions towards offspring and a decreased sense of smell.

The drugs were given to the mice during their pregnancies.

The researchers plan to conduct a similar trial in autism patients but add it is not ‘feasible’ to treat pregnant women who have been genetically diagnosed with the disorder.

Such patients likely require ongoing medication to treat their symptoms, however, their newborns may benefit from the cancer drugs, they add.

Paracetamol in pregnancy raises children’s risk of ADHD and autism

This comes after research released last April suggested pregnant women who take paracetamol are up to 30 per cent more likely to have children with attention deficit hyperactivity disorder (ADHD).

The common painkiller, which is also known as acetaminophen, also raises children’s risk of autism by up to 20 per cent, a study found.

Study author Dr Ilan Matok, from the Hebrew University of Jerusalem, said: ‘Our findings suggest an association between prolonged acetaminophen use and an increase in the risk of autism and ADHD.’

Although it is unclear how the drug causes ADHD or autism, paracetamol has previously been linked to communication problems and reduced IQs among children whose mothers took the medication while expecting.

Paracetamol is the active ingredient in hundreds of over-the-counter medications, and is the first-line painkiller for pregnant women to relieve fever and discomfort.