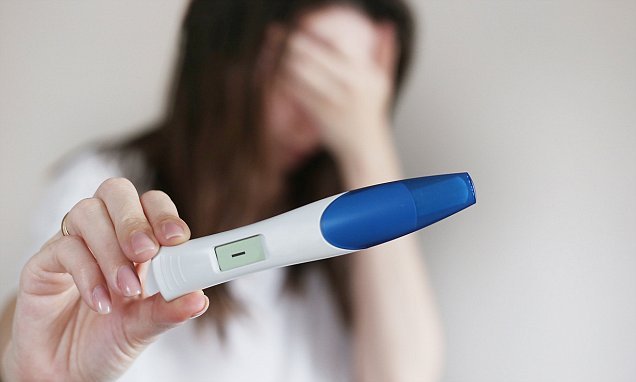 Drug given to pregnant women who have suffered miscarriages does not improve their chances of carrying a baby to full term, study reveals

A drug commonly used by pregnant women who have suffered miscarriages in the past may not help them to have a baby, a study has revealed.

Medication made to boost the immune system, most commonly used in patients having chemotherapy, is used by some women who have had unexplained miscarriages.

The medicine is given to try to avoid the immune system terminating a pregnancy, which is thought to be a possible cause of miscarriage.

Also known under trade name filgrastim, the medicine is given out by private fertility clinics, according to researchers.

It is taken during the first three months of pregnancy to try to prevent miscarriage.

But researchers today revealed there is ‘no evidence’ that the ‘widely used’ drug works. 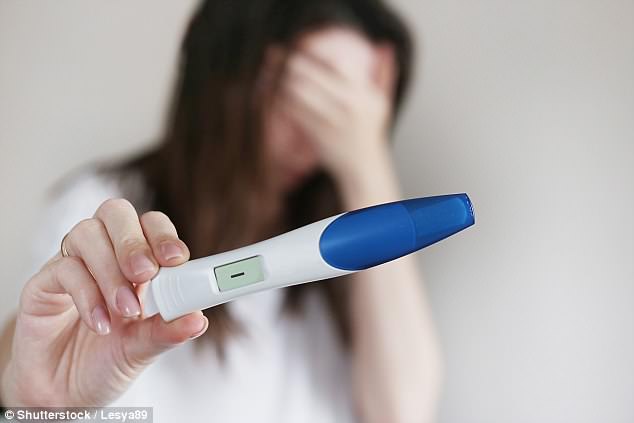 In chemotherapy patients it boosts their white blood cells, which are crucial for a healthy immune system and can be wiped out by aggressive cancer treatment.

The drug is also given off-label – meaning not to treat the condition it is intended for – by fertility clinics to women in the first trimester of pregnancy.

It is not thought to be given for this purpose by the NHS because it is licensed for use in cancer treatment.

Scientists say this is to try to stop them having a miscarriage if they have suffered from numerous unexplained miscarriages in the past.

The theory behind the drug working is that a woman’s immune system changes when she becomes pregnant, in order to protect the baby, but recurrent miscarriages have been linked to a problem with the way it adapts.

A drug which helps maintain a healthy immune system, therefore, was thought to help reduce this risk.

But research by the University of Birmingham and University of Iowa claims rhG-CSF does not improve the chance of a baby surviving to full term.

All women had a history of recurrent miscarriages and were trying to conceive naturally – the results suggest the drug has no effect.

‘It’s a relatively new treatment and is offered mainly through private miscarriage and IVF clinics.

‘rhG-CSF is not an effective treatment for unexplained miscarriages’

What is a miscarriage?

Miscarriage is a when a baby dies within the first 23 weeks of a woman’s pregnancy.

The main symptoms are bleeding from the vagina, which may be accompanied by abdominal pain.

There are various reasons women may have a miscarriage – it is common and is not usually caused by something they have done.

If a miscarriage happens in the second trimester – between weeks 14 and 26 – it may be a sign of an underlying problem.

Often, miscarriages are one-off events and women will go on to have successful pregnancies.

The majority of miscarriages can’t be prevented, although being generally healthy will help reduce the risk.

‘Some studies have suggested statistically significant improvements in clinical pregnancy rates, but we here have high quality evidence that rhG-CSF is not an effective treatment for patients with unexplained recurrent miscarriages.’

Miscarriage is a common complication of pregnancy and happens when the baby dies in the womb before it is 23 weeks old.

Around one in every eight pregnancies are thought to end in miscarriage, whereas only one to two per cent of women experience recurrent miscarriages, which the NHS defines as three or more in a row.

There are various causes of the upsetting event, but often it is unexplained.

Women who have suffered recurring miscarriages may be given medical help in managing their pregnancy, which could include being given the rhG-CSF drug.

Medicine originally meant to be used for blood disease and cancer

But scientific evidence for the treatment has always been limited.

Dr Hana Visnova is the medical director at European fertility clinic IVF Cube in Prague, Czech Republic, but does not give her patients the drug.

Dr Visnova said: ‘While the use of rhG-CSF has been documented in scientific literature, there have been no robust studies into its effects, and therefore it’s difficult to know how successful the drug is in treating recurrent miscarriage.

‘Using rhG-CSF to treat miscarriage is ‘off-label’, as the drug was originally meant to help in the fields of haematology [blood] and oncology [cancer].

Women should not be given false hope

Dr Eapen added that women who have suffered miscarriages are vulnerable and should not be given false hope about drugs which might not work.

He said: ‘Most of immunotherapy medications tested so far through high quality trials have been shown to offer no benefit.

‘Women diagnosed with recurrent miscarriages are vulnerable, so it’s important that… they are counselled about success rates and potential risk/benefits, even in a research setting, let alone routine clinical practice.’

The findings were revealed at the 34th Annual Meeting of European Society of Human Reproduction and Embryology (ESHRE) in Barcelona today.