We have wonderfully flexible bodies made up of hundreds of different joints, ranging from simple hinge joints in our fingers to the more complicated ball- and-socket joint of the hip. These joints should move smoothly.

Many of us, however, have joints that creak and groan. When our joints become swollen, painful and hard to move, we call it arthritis.

There are more than 100 types of arthritis, but the two main ones are osteoarthritis (OA) and rheumatoid arthritis (RA). 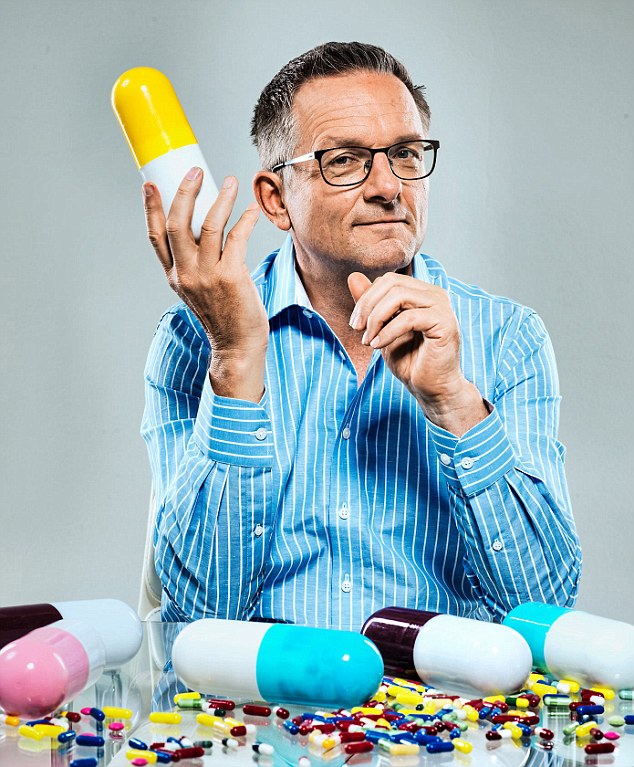 Osteoarthritis, which affects at least eight million people in the UK, is also known as wear-and-tear arthritis because it usually happens in joints exposed to stress. People who are overweight often develop OA in knees and hips.

But there is increasing evidence that the microbiome, the microbes that live in your gut, play a critical role in how OA develops.

Unlike OA, RA is an autoimmune disease, caused by an overactive immune system attacking the joints.

Nobody really knows what the triggers are, though again there is mounting evidence that the microbiome is involved.

The standard approach to arthritis is to suggest losing weight, do more exercise and take pills. What your doctor is unlikely to talk to you about is what you eat.

Like many people my age (I’m 61) I have early signs of osteoarthritis. It is in my right knee, where I damaged the cartilage many years ago.

But what possible connection can there be between the microbes that live in my gut and the arthritis in my knee?

Well, researchers from the University of Rochester Medical Center in the US recently produced compelling evidence of a link.

They took a group of mice and put them on a junk-food diet until they had nearly doubled their body fat.

A word about spices

Some spices have proven anti-inflammatory effects.

Among the most promising are ginger and turmeric, the spice that gives chicken tikka masala its distinctive colour.

I often sprinkle a bit of turmeric on my omelettes and grate fresh ginger into my stir fries.

I am not a fan. Taking fish-oil capsules has been shown to be a waste of money, and there isn’t good evidence that glucosamine and chondroitin work.

That said, if my osteoarthritis gets worse, I would consider curcumin capsules as curcumin is the active ingredient in turmeric.

As they got fatter, their microbiome changed, so it now contained lots of ‘bad’ bacteria, the sort which cause inflammation, and relatively few good bacteria, which reduce inflammation.

Next the researchers damaged the cartilage in the mice’s knees.

The obese mice swiftly developed OA, with nearly all their cartilage disappearing within 12 weeks.

The researchers found they could stop most of this damage happening by feeding mice a prebiotic before they put them on the junk-food diet.

A prebiotic is a type of food the body can’t digest but which feed ‘good’ bacteria in the gut.

The mice still put on weight but didn’t develop such high rates of arthritis.

In fact their knees were no worse than those of slim mice, suggesting that weight alone wasn’t the problem.

The prebiotic supplement they used in this particular experiment is called oligofructose.

The four diets that can help beat arthritis

EACH of these diets either contains foods that are anti-inflammatory and avoid the ones that cause inflammation, or fight inflammation in some other way.

This is a delicious way of eating that forms the basis of the New 5:2. It is rich in nuts, olive oil, fruits, vegetables, oily fish, and legumes. It also includes a moderate amount of red wine. A number of studies in people with arthritis have shown that switching to a Med diet can reduce pain, and improve mobility.

The fruit, vegetables and legumes contain lots of prebiotic fibres that will feed ‘good’ bacteria. Oily fish, rich in omega-3, has been shown in trials to help prevent and reduce arthritis.

Vegetarian and vegan diets have repeatedly been shown to help people with arthritis. In part it’s because these diets are rich in fibre and antioxidants, but it’s also because these sort of diets remove a range of foods that you may be intolerant to and which may be causing widespread inflammation.

My daughter, who developed painful swelling in the knees at 17, got complete relief from going on a gluten-free diet. Others have found relief by removing dairy, eggs or soya.

Full-on water-only fasting, and intermittent fasting (where you cut your daily intake to 800 calories for a number of days a week), have both been shown to reduce early morning stiffness, pain and inflammation. There is evidence that different forms of fasting helps boost levels of gut Akkermansia, bacteria that produce anti-inflammatory chemicals. Consult your GP before embarking on any extreme fasting diet.

The new 5:2 recipe of the week – spring greens and ham broth

This deliciously light summer broth is made with biome-boosting onion and garlic. 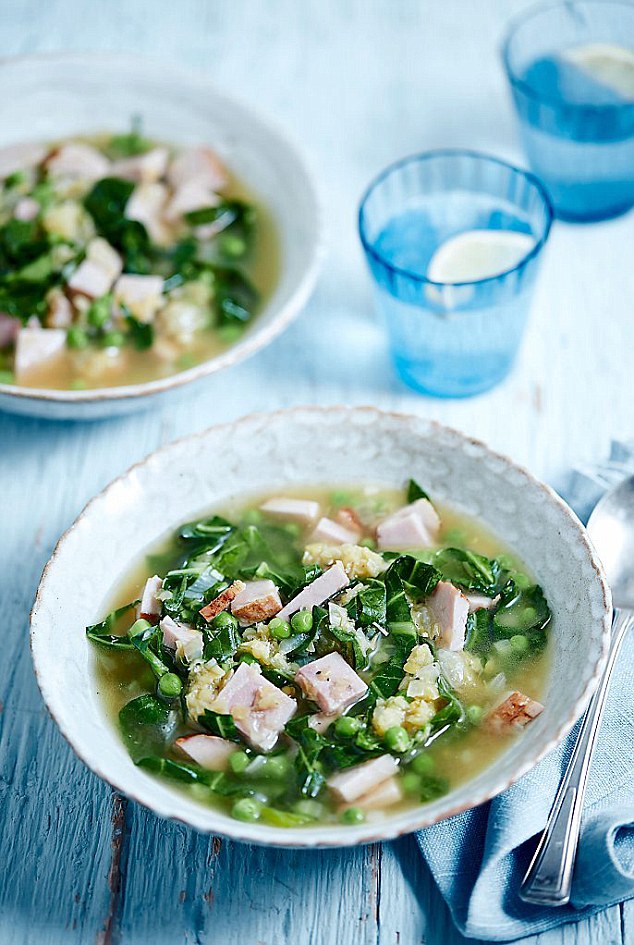 Bring to the boil then add 50g dried lentils – red, green, black, whatever you fancy – and cook for 10-15 minutes until cooked and starting to break up.

Cut 2 thick slices ham, approx 125g into chunks, and add to the stock along with 100g shredded spring greens and 50g frozen peas. Season and cook for 1 more minute before serving.

High-calorie: use 150g of lentils and 4 slices of ham. Add a slice of crusty wholegrain bread to each serving.

Do you have a question for Dr Mosley?

Email [email protected] or write to him at The Mail on Sunday, 2 Derry Street, London W8 5TT. Dr Mosley can only answer in a general context and cannot give personal replies.