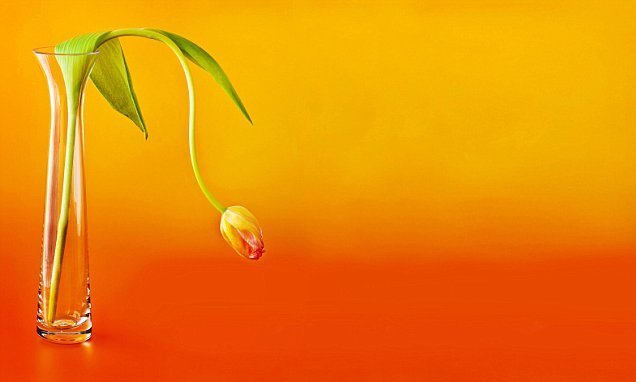 Dr Michael Mosley: Don’t let your libido languish… whatever age you are

Dr Michael Mosley: Don’t let your libido languish… whatever age you are

Having an active sex life is important to most people. In fact a recent Canadian study put a figure on it. According to the researchers, the boost in well-being for people having sex once a week, compared with those having sex less than once a month, was greater than the boost in well-being for those making about £60,000 compared with £20,000 a year.

So how do you keep desire alive – particularly when, as we age, motivation can wane? 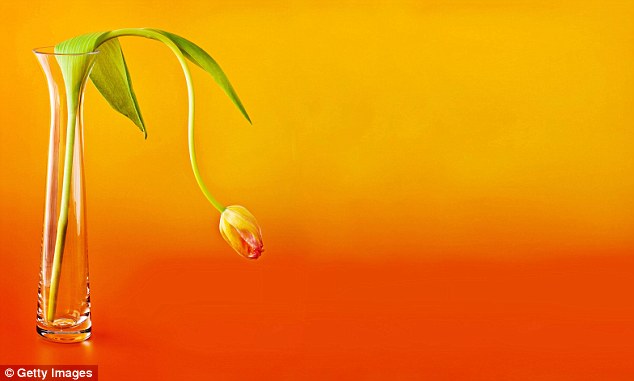 Mr Mosley says there are numerous benefits to having a healthy sex life, whatever your age

One of the best ways to ensure a healthy sex life is to have a healthy body. We know that having a good blood supply and healthy nerves are important.

Things like cigarettes or type 2 diabetes will more than double the chance of a man becoming impotent, mainly because both smoking and having high blood sugar levels damage the small arteries and nerves that are so important to getting and maintaining an erection. About 40 per cent of regular smokers have problems while up to 70 per cent of diabetics report some degree of erectile dysfunction (ED).

Women are also affected, because smoking and diabetes not only cause circulation problems but can lead to reduced arousal and intimate dryness.

There are numerous benefits to maintaining a healthy sex life, whatever your age. One study I particularly enjoyed was carried out in Caerphilly, South Wales, nearly 20 years ago.

5:2 recipe of the week: Cumin spiced steak and roasted cauliflower 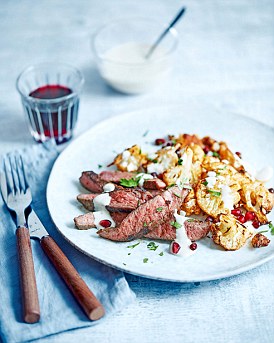 Fry steaks for 2-3 minutes on each side. Slice thinly. To serve, divide the cauliflower between two plates, add the steak, drizzle over the tahini dressing and scatter over some parsley and pomegranate seeds. Serve with rocket dressed in extra virgin olive oil and a pinch of salt.

Researchers asked 918 men between 45 and 60 about their ‘frequency of orgasm’. Ten years later they tracked down the men. Those who admitted to less than one orgasm a month were 50 per cent more likely to have died than men who claimed to orgasm two or more times a week.

Although it’s possible the reason some of the men were having less sex was because they were in poor health, which would in time lead to fatal heart attacks, the researchers said they had tried to allow for this by doing a proper medical at the start.

Another study carried out in the US – this time including women – followed 252 people for 25 years. It found that it’s not just about quantity – quality also matters. In this study too, men having more frequent sex had longer life.

With the women, lots of sex did not add years to their lives, but ‘good’ sex, sex they enjoyed, did.

In A recent study, researchers screened over 3,500 volunteers looking for those who could be classed as ‘superyoung’. As part of the study a panel of judges sat behind a one-way mirror and tried to guess the ages of the volunteers. The people they judged to be at least seven years younger than their real age were labelled ‘superyoung’.

Most striking was that the ‘superyoung’ had sex three times a week – a lot more than their older-looking colleagues.

IT CAN STAVE OFF A COLD…

Research has shown that having regular orgasms can bolster the immune system. In a study of 112 male and female US college students they found that the students who had sex once or twice a week had IgA antibody levels (a measure of their ability to fight off infections) which were 30 percent higher than those who were abstinent.

There have been a number of studies showing that sexual arousal and orgasm can increase levels of endorphins – natural pain killers produced by the body.

Regular sex, it turns out, has been shown to reduce pain of arthritis, menstrual cramps, back pain and migraine.

VIAGRA – AND IS THERE A WOMEN’S VERSION?

Twenty-five years ago I made one of the first documentaries about an amazing blue pill called Viagra. It works by increasing blood flow to the penis and is effective in about 80 per cent of men with ED.

It was thought that Viagra would work for women in the same way as it does for men. It certainly increases blood supply to the female genitals but that doesn’t seem to increase libido or sexual desire. For women going through the menopause who find sex painful, HRT may help.

WHAT ABOUT THE FOODS OF LOVE?

I am a great believer in the power of food to improve our health, and that includes sexual health. A lot of things that cause problems with sex drive are linked to the health of our arteries, so it makes sense to keep those arteries in prime condition. As with so many other of our organs, sex organs also benefit from a Mediterranean diet – oily fish, garlic, onions, shallots, leeks, and – yes – oysters all deserve mention for improving blood flow and giving sex hormones a boost.

Having an alcoholic drink is a traditional way of getting in the mood, and as a fan of moderate red wine consumption I was pleased to read a study of 798 Italian women age 18 to 50 which found that those drinking one to two glasses of red wine a day reported greater ‘sexual desire… and overall sexual function’ than teetotallers.

BUT REMEMBER, SEX ISN’T EVERYTHING

Conversely, if you feel that you and your partner are drifting apart, then working on the physical side of your relations may well rekindle the spark.