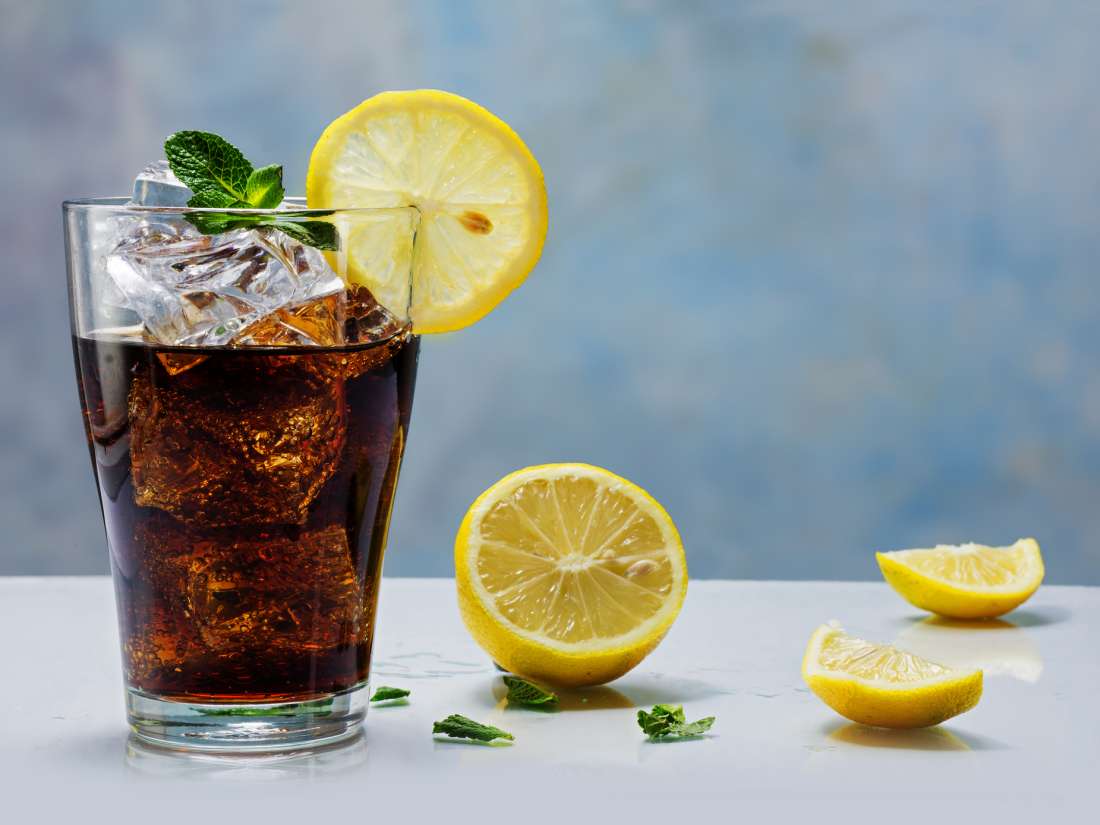 It is also likely that around half the effect is due to artificially sweetened options displacing sugar-sweetened ones.

These were the conclusions of a study, which has now been published in the journal PLOS ONE, that investigated the little-understood relation between artificially sweetened soft drinks and advanced bowel cancer.

Yet, he notes, there is a popular perception that these drinks “have a checkered reputation” and are thought to carry “health risks,” despite an absence of documented evidence to back this up.

He and his colleagues suggest that their findings should now be confirmed by further studies.

Bowel cancer and its progression

Bowel cancer — otherwise known as colorectal or colon cancer — is that which starts in that part of the intestines that includes the large bowel, or colon, and the rectum, the section that joins the colon to the anus.

The disease often begins as small growths called polyps on the inner lining of the bowel, although not many polyps do become cancerous. Nevertheless, they are usually removed during screening, just in case.

In the United States, among cancers that affect both women and men, bowel cancer is the third most common and the second biggest killer.

As bowel cancer progresses, the primary tumor grows and spreads through the blood or lymph system, or both. Eventually, breakaway cells give rise to secondary tumors in other parts of the body. This process is called metastasis.

After the initial diagnosis, further tests are done to determine how far advanced the cancer is.

The most advanced stage (stage 4) is when it has spread to other parts of the body, such as the liver, lung, and ovaries. Stage 3 bowel cancer is less advanced, which means that it has not reached distant organs but may have reached those nearby.

Little is currently known about these drinks

The study authors note that “a growing body of literature” has linked recurrence and death in colon cancer to “states of excess energy balance.” These states are typically marked by factors such as diabetes, raised “glycemic load,” and higher consumption of sugar-sweetened drinks.

But, they remark that nobody had yet studied whether or not consuming artificially sweetened soft drinks might have an effect on “colon cancer recurrence and survival.”

For their study, they analyzed data collected from 1,018 patients diagnosed with stage 3 colorectal cancer. They had all been taking part in an “adjuvant chemotherapy” trial, during which they had filled in questionnaires about their diet during and after treatment.

The team used statistical tools to measure the strength of links between consumption of artificially sweetened drinks — such as caffeinated and non-caffeinated colas and diet ginger ale — and cancer recurrence and death.

The data spanned a median follow-up period of 7.3 years following the first questionnaire. Over this period, 348 patients experienced either “new primary tumors” or recurrence of their colon cancer. Of these, 265 died during the follow-up.

The analysis revealed that when compared with those who “largely abstained,” the colon cancer patients who consumed at least one 12-ounce serving of artificially sweetened drinks per day were nearly 50 percent less likely to experience recurrence or die during the follow-up.

Further analysis demonstrated that replacing one serving of a normal sugar-sweetened drink with an artificially sweetened was responsible for about half of the reduction in risk of recurrence and death.

Benefit rose in line with consumption

The scientists also found that survival improved — both overall and without return of the cancer — in line with increasing consumption of artificially sweetened drinks.

The results answer a question that previous studies had not; whether a change in lifestyle — such as switching to artificially sweetened drinks — after cancer has become advanced can make a difference.

Findings such as these should prompt more curiosity and scientific study of the benefits of artificially sweetened beverages on health.

Prof. Fuchs says that concerns have been expressed that artificial sweeteners may increase diabetes, obesity, and cancer.

However, he also points out that the evidence is inconclusive, saying, “[S]tudies on issues such as weight gain and diabetes have been very mixed, and, regarding cancer, epidemiologic studies in humans have not demonstrated such relationships.”

“While the association between [artificially sweetened beverages and] lower colon cancer recurrence and death was somewhat stronger than we suspected, the finding fits in with all that we know about colon cancer risk in general.”