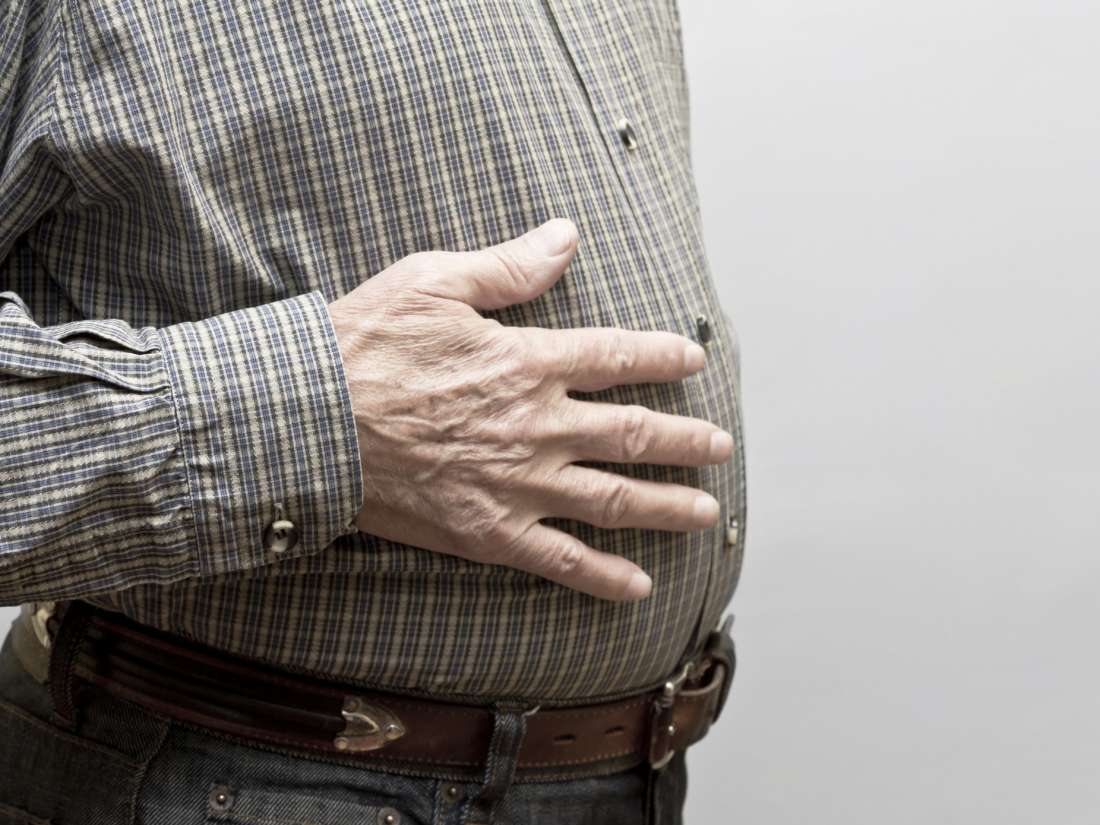 Dementias, including Alzheimer’s, are a growing concern. As the average age of the population steadily rises, their prevalence increases.

Currently, an estimated 47 million people worldwide are affected by dementia. This number is expected to rise to 75 million by 2030.

Understanding the risk factors involved in these conditions is important; it gives us potential interventions to help reduce the risk of dementia developing as we grow older. One such risk factor is obesity.

Earlier studies have demonstrated that adults who are overweight do not fare as well in memory and visuospatial tasks. However, whether this relationship continues into older age is not well understood.

Although previous studies have looked into this query, they produced contradictory results. And, because each study involved different types of cognitive test, it is difficult to pool the results and conduct a meta-analysis.

Recently, researchers set out to answer this question more conclusively using a large-scale trial. A team from St. James’s Hospital and Trinity College Dublin, both in Northern Ireland, joined up with scientists from the Nutrition Innovation Centre for Food and Health at Ulster University, also in Ireland.

They dipped into the data from the Trinity Ulster Department of Agriculture aging cohort study; this includes information on thousands of adults over the age of 60 in Northern Ireland and Ireland.

Each of the 5,186 participants was assessed using a range of cognitive tests. The findings are published in the British Journal of Nutrition.

Once they had completed their analysis, they found that individuals with a higher waist-to-hip ratio — a measure of obesity — had reduced cognitive performance.

Interestingly, higher body mass index (BMI) measurements did not show the same trend — in fact, higher BMIs protected cognitive performance. The researchers believe that this may be because BMI is not always a reliable measure of body fat; it only takes into account weight and height.

For instance, bodybuilders have a high BMI but very little body fat. Also, in an older population, BMI does not take into account factors such as shrinkage and vertebral collapse, which can influence overall height but affect people differently.

Why does belly fat influence cognition?

The scientists believe that belly fat’s impact on cognitive ability might be due to increased secretion of inflammatory markers — in particular, C-reactive protein. This chemical is produced in response to signals sent out by fat cells, and increased levels have previously been linked to a decline in cognitive performance.

It is worth noting that studies indicate that levels of inflammatory markers in the blood have been shown to increase in the run-up to dementia, before symptoms appear.

Another molecule that seemed to be important was hemoglobin A1C (HbA1C). In fact, when the researchers controlled for levels of HbA1C in their analysis, the significant effect of belly fat on cognition disappeared.

Because both obesity and cognitive decline are such huge burdens on individuals and society at large, this line of investigation is vital. Potentially, by reducing levels of obesity, dementia prevalence could also be curtailed.