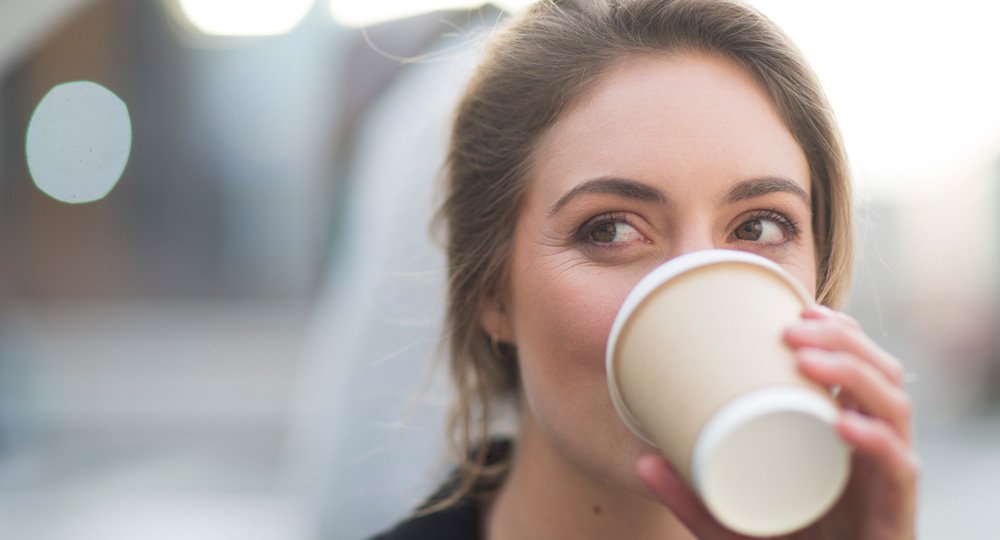 We all know what a little caffeine can do for our morning commute—after all, there’s a reason we endure that long line at the local coffee shop (hello, energy boost). Now, we have six beautiful reasons to start wearing it.

We’re not just talking in the fashion sense (although the T-shirt scene has no shortage of “coffee is bae” type offerings if you’re interested). What we mean is that caffeine has real, skin-firming, under-eye-circle-hiding, hair-restoring results.

1. It Calms Inflammation
There’s a reason caffeine is often found in products that are meant to squash puffiness. “Coffee is chock-full of important antioxidants that can prevent or slow down the damaging of cells, therefore reducing inflammation in your body,” says Dr Julie Russak, a board-certified dermatologist in New York City.

2. It Helps Fade Under-Eye Circles
Russak says the anti-inflammatory properties of coffee are also very effective in combatting dark circles. It helps by reducing the amount of blood that accumulates under the eyes (a major factor that contributes to dark circles). “If you put coffee on the skin’s surface, it constricts blood vessels,” says Russak. “Since the area under your eyes is a lymphatic channel, the caffeine helps to promote circulation and remove water from the system.” (One drawback, though: Caffeine can’t cure dark circles caused by hereditary factors, says Russak.)

3. It Treats Rosacea
If you’ve been suffering from facial flushing or rosacea, the cure could be right in your tea cup. “Because caffeine is such a powerful antioxidant, it has the ability to calm reddened, irritated, blotchy skin caused by rosacea,” says Russak. F

5. It Aids Healthy Hair Growth
Those same properties can also help calm inflammation at the hair follicle, which Russak says is one of the main culprits behind premature hair loss. “Caffeine acts as a vehicle to penetrate into the cells and therefore can help to deliver active ingredients into the hair follicle,” she says. “When applied topically, caffeine can be used retroactively to help restore hair growth or as part of your regular routine to prevent abnormal hair loss.”

6. It Smooths Skin
Last, but certainly not least, coffee could help you tackle that pesky cellulite. “Caffeine dehydrates the fat cells and stimulates circulation, therefore making the skin appear tighter and smoother, says Russak. However, she notes that these effects are temporary and shouldn’t be relied on as long-term solutions.