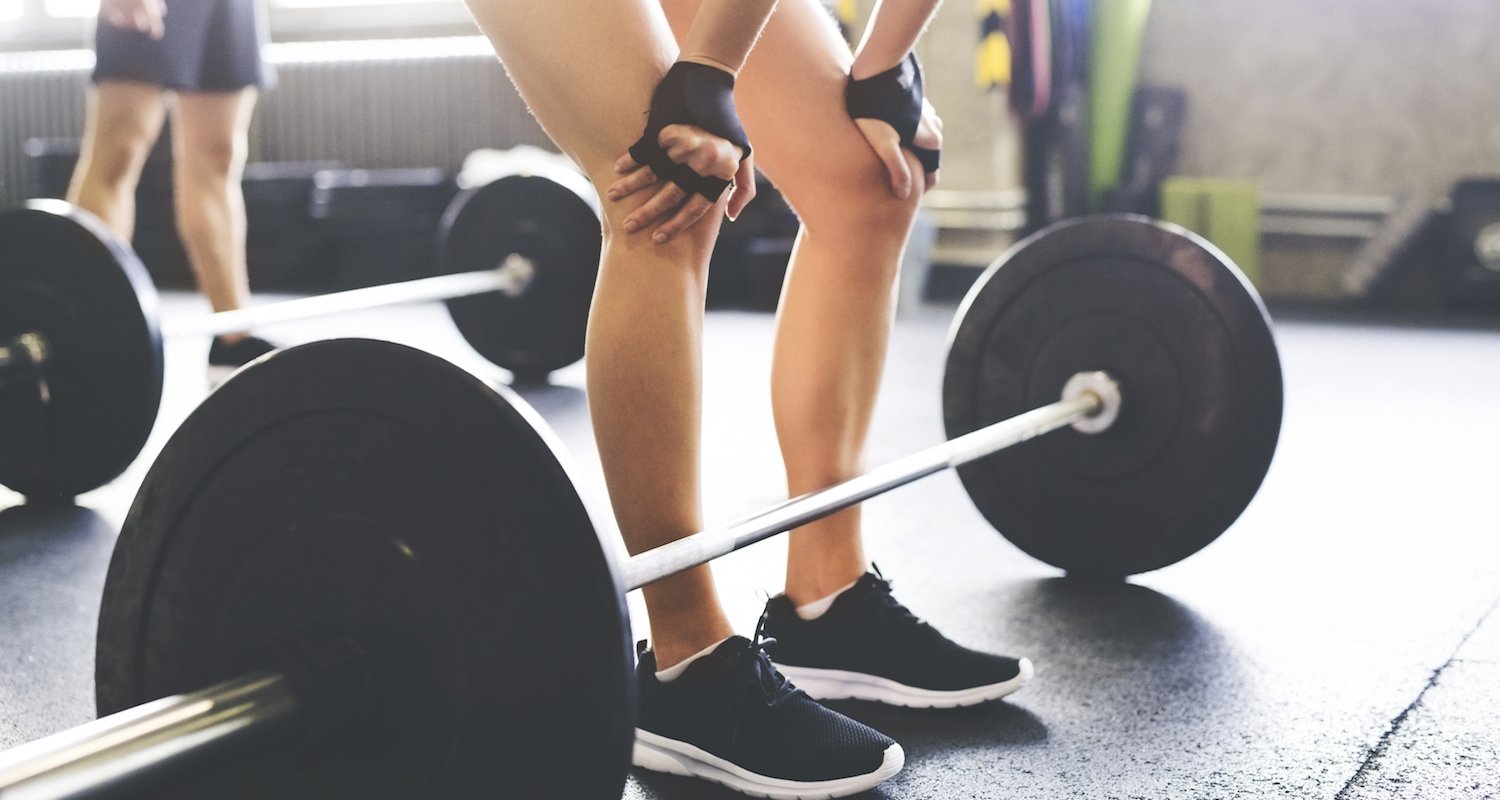 You’ve crushed your leg session. That means your lower body is in the clear until the next time leg day rolls around, right?

Well, not exactly. For a lot of people, the soreness you feel in your muscles after a tough workout could be even worse that the discomfort you feel powering through the actual exercises. It’s called delayed-onset muscle soreness, or DOMS, and it could make everything from walking down the stairs to putting on your shirt feel unbearable, depending on the muscles you worked beforehand.

Sore, achy muscles sounds like something you’d want to avoid, but there’s a lot of controversy among gym-goers whether DOMS is actual a badge of honour. In fact, many people believe they didn’t get a good enough workout in if they’re not super sore the next day.

So what’s the deal with DOMS? We talked to a few experts to decipher what’s behind your post-workout soreness, and what it really means for your gains. Here’s what we found out.

What Is Delayed-Onset Muscle Soreness (DOMS)?

When you stress your muscles, like through a challenging squat or bench press session, you cause micro-tears in your muscles, explains Blair Callaghan, a physical therapist at Washington Wellness. This is a normal part of working out, and rebuilding those fibres is key to the muscle-strengthening process.

But the micro-tears also cause inflammation, which leads to muscle soreness, she says. So you can consider DOMS a symptom of the muscle breakdown process.

“The damage shows our body and our brain that our lifestyle demands more strength or endurance than our muscles can tolerate,” Callaghan says. “Because the human body is extremely adaptive, this demand for increased strength cues it to build more muscle tissue and make us stronger.”

DOMS generally shows up 24 to 48 hours after an intense workout, according to Jordan Metzl, a sports medicine physician. And Callaghan explains that the delay happens as a result of a process called “the inflammatory cascade.”

Basically, there’s a ramp-up process involved in muscle repair, which means it takes awhile for the greatest amount of soreness to kick in.

“The first 24 hours include a slow increase in blood flow to the damaged muscles along with hormones and proteins to assist with healing,” she says. “On day two, the whole team has arrived and your muscles are fully inundated with excess blood and cellular fluid. This inflammation creates extra pressure on structures in the area of affected muscles, which is what causes the pain.”

More challenging workouts can create more of those tiny muscle tears, sparking greater inflammation, so it’s more likely you’d see it after you do something like squats with heavy weight rather than a slow, easy jog.

Plus, you’ll likely feel more sore after adding a new move to your workout than after one you do regularly.

“If your muscles aren’t used to a type of activity — say you’re a runner who decides to cross-train with a 45-minute swim — they’re going to have to play catch-up to gain the desired strength or endurance,” Callaghan says.

What Does It Mean If You Don’t Get Muscle Soreness After a Workout?

According to Callaghan, you don’t always need to feel DOMS after a workout to prove that you worked hard enough. Just because you aren’t debilitatingly sore doesn’t mean you didn’t get stronger or gain muscular endurance. You’re still creating those micro tears and building muscle, but they’re not as severe, so the amount of inflammation is decreased.

Plus, there are some factors that may influence delayed-onset muscle soreness that have nothing to do with how hard you’ve worked out. One big one? Hydration, says Dr. Metzl. The more hydrated you are before, during, and after a workout, the less likely you are to experience DOMS.

Also, some people may just be more prone to it than others, though experts aren’t really sure what factors come into play there.

How to Treat DOMS

If you’re experiencing DOMS, the worst thing you can do is ignore it and hit those same, achy muscles with a tough workout.

Besides it hurting like hell, you can also risk injury — and, surprisingly, not just to the muscles that are already sore.

That’s because delayed-onset muscle soreness causes you to use your muscles differently, Callaghan explains. After all, think of how you walk up and down your stairs after leg day. In order to avoid stressing your sore quads, you may creep up and down gingerly, engaging other muscles to take some of the strain off the major players.

Not such a big deal when you’re simply talking stairs. But if you’re in the gym, you might find yourself compensating with other muscles that shouldn’t be key players during certain moves, Callaghan says.

Say, for instance, you do a max deadlifting session on Monday. Two days later, you’re dealing with some serious DOMS in your hamstrings. If you decide to deadlift again on Wednesday, you may end up avoiding firing your achy hammies, and instead bring your lower back into play, instead. Big problem: That can lead to back strain and pain.

But that’s not to say you should park yourself on your couch when you’re dealing with DOMS. It’s important to do low-impact activities so your muscles can loosen up, like a short walk or swim. Foam rolling and stretching those muscles will also help.

This kind of restful, low-impact movement is a vital part of the process, and can help create a stronger and more efficient body, Callaghan says

Should You Worry About DOMS?

It’s usually not a huge deal if you experience DOMS in the days after a workout, but it could be a serious problem if it persists for more than 36 to 48 hours at a time. In that case, it’s possible you may be mistaking your muscle soreness for rhabdomyolysis, or rhabdo for short. Rhabdo occurs when a large amount of a protein called myoglobin is released into your bloodstream, according to Dr. Metzl. Myoglobin doesn’t pass very easily through your kidneys, and could lead to damage or even failure.

So work on the preventive game, and don’t work past your limits — feeling sore doesn’t necessarily mean you’re working out harder. Other things you can do? Make sure you’re properly hydrated before, during, and after exercise, and avoiding significantly intense workout sessions until your soreness passes or improves. If it doesn’t within the 36 to 48-hour time frame, make an appointment with your doctor immediately.