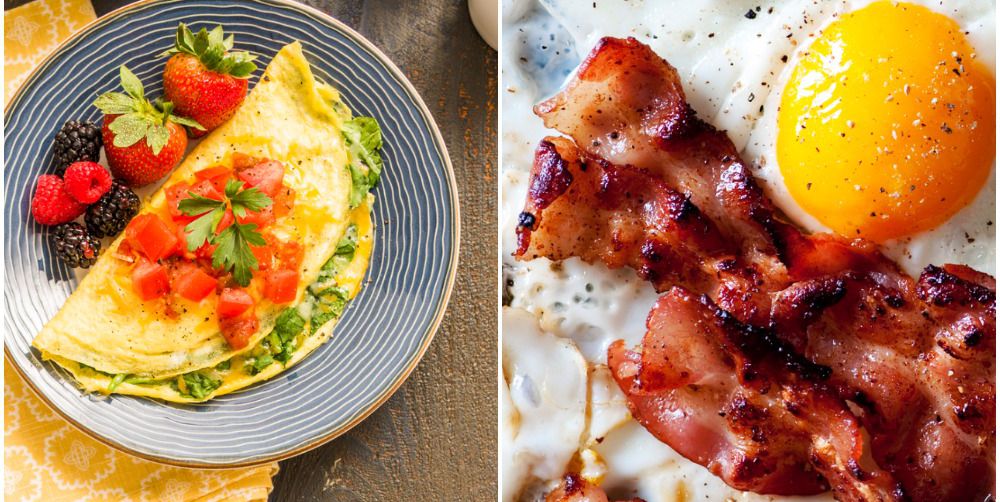 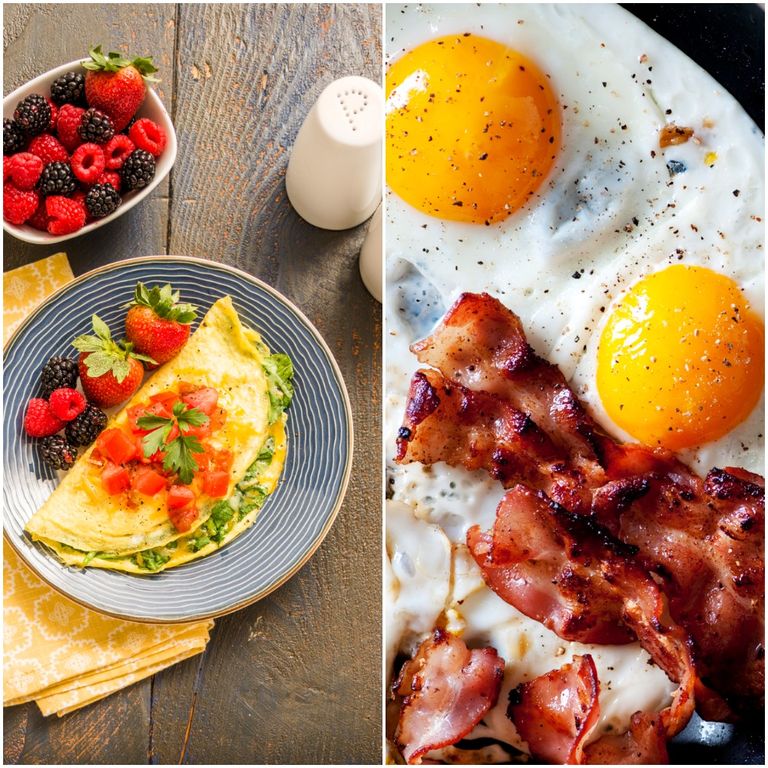 There’s no shortage of trendy diets out there, some of which are more legitimate than others. The sheer volume of weight loss methods on the internet, however, makes it difficult to keep track, let alone tell which ones are legit and which ones are bogus.

On the surface, the Keto diet and the Paleo diet, two of the most popular diets out there, seem pretty similar. Both are low-carb, high-protein plans that don’t allow you to eat some of your favorite foods, such as cookies, pizza, and cereal. But there are actually some pretty important differences between the two diets that you should know, so you can figure out if either of them are right for you.

To help you sort out the nuances of each diet, we chatted with registered dietitian Kristen Kizer, M.S., RD, LD, of Houston Methodist Hospital in Texas.

What is the Paleo Diet?

The Paleo Diet focuses on foods that are high in protein, low in carbs, and rich with fiber. There’s a strong emphasis on meat, fruits, and vegetables — basically, anything our ancestors would have consumed more than 10,000 years ago during the Paleolithic era. (There’s actually some truth to this: in July 2018, when researchers identified the stomach contents of the 5,300-year-old mummy Otzi, they found that his last meal was high-fat and contained “animal and plant remains,” making it pretty Paleo-friendly.)

Because hunter-gatherers like Otzi had limited technology, obviously things like frozen pizza aren’t allowed on the diet. But many foods that are considered healthy, like whole grains and legumes, are also not allowed.

What is the Ketogenic Diet?

Like the Paleo Diet, the Keto Diet is low-carb and high in protein. But the primary goal of the Keto Diet is to put your body into a state of ketosis, which is when your body uses fat instead of carbohydrates as its primary energy source. When your body enters ketosis, fat travels to the liver and makes an acid called ketones, which enter your bloodstream and are converted into energy.

For your body to enter ketosis, a good percentage of your calories (generally, somewhere between 60-80%, according to keto experts) needs to come from fats (this is why people frequently associate the Keto Diet with foods like bacon, even though most nutritionists say it’s better to eat healthier items like avocados, nuts and seeds, eggs, and lean meats). The idea is that all of that fat-burning will help you lose weight, says Kizer.

Which diet is more restrictive?

A paleo-friendly dinner might include grilled chicken with steamed vegetables, avocado and fruit.

The Keto Diet: If you think paleo is rigid, keto is even less flexible. Because only about 10% of your daily diet can come from carbs, that means you can only eat very limited amounts of even healthy foods that have natural sugars, such as certain fruits and vegetables,

Generally speaking, dieters are advised to eat between 20-30 grams of carbohydrates per day in order to maintain ketosis. To put this into perspective, a quarter cup of steel cut oats has 29 grams of carbs and a banana has roughly 27 grams of carbs. So if you have a few bites of oatmeal or a small piece of fruit, whoops! That’s your carb intake for the day.

Which diet is easier to stick to in the long run?

What differentiates a fad diet from a healthy one is whether you can maintain your health and keep the weight off in the long run. So where do Paleo and Keto stack up?

The Paleo Diet: Because this diet doesn’t require you to maintain ketosis, there’s no need to weigh your food, as some do on the Keto Diet; nor do you have to closely monitor your carbohydrate intake. Plus, most people think of Paleo as a lifestyle rather than a diet, according to Kizer, so it’s easier to stick to in the long run.

The Keto Diet: Eating a banana or too many nuts could knock you out of ketosis, which makes tracking your food intake necessary to stay on track for your weight loss goals. “Keto caters to people who are diligent,” says Kizer.

For this reason, most people go in and out of ketosis because they have a hard time sticking with the diet. “Sometimes people try and teeter into it and they won’t lower their carbohydrates enough,” registered dietitian Melanie Boehmer of Lenox Hill Hospital previously told MensHealth.com.

Plus, Kizer says, people usually jump on the keto bandwagon to lose weight, so they rarely attempt to stay in ketosis forever.

The winner: Paleo. Bacon or no bacon, Paleo is a less labor-intensive diet, which makes it easier to stick to in the long run.

Which diet has worse side effects?

The Paleo Diet: It’s common to feel lethargic as your body adjusts to the low-carb Paleo Diet. However, your energy levels will typically be restored within a few weeks.

Additionally, “while the paleo diet has plenty of protein and fiber, it is sorely lacking in calcium and vitamin D, mainly because of the omission of dairy products,” Roger Adams, Ph.D., founder of Eat Right Fitness, previously explained to Men’s Health. Over time, this could weaken your bones and immune system, which makes it important to eat plenty of calcium-rich (and paleo-friendly) foods like broccoli and dark leafy greens.

The Keto Diet: The extremely low level of carbs on the Keto Diet can cause what’s known as the keto flu, which causes headaches, nausea, muscle cramping, and fatigue. Like the Paleo Diet, these unpleasant side effects generally subside after a few weeks. Drinking plenty of water and getting a full night’s sleep should help.

As with paleo, doing keto for more than a few weeks could lead to nutrient deficiencies according to Andy Yurechko, MS, RD, of Augusta University Medical Center in Georgia . He says lack of fiber is the biggest concern for keto fanatics, who may experience constipation. But it’s possible to get fiber by eating lower-carb vegetables like broccoli and chia seeds.

The winner: The Paleo Diet. Both come with some unpleasant side effects, but Yurechko doesn’t advise sacrificing fiber to try keto in the long run.

Which diet will help you lose more weight?

The Paleo Diet: Eating like your ancestors doesn’t guarantee you’ll lose weight. While the diet emphasizes plenty of foods that are good for weight loss, such as lean protein and fruits and vegetables, you would still need to eat fewer calories to drop a few pounds. So if you’re binging on nuts and fruit, you could actually gain weight on the Paleo Diet.

The Keto: While ketosis isn’t a magic recipe for weight loss, Konstantinos Spaniolas, Associate Director of the Stony Brook Metabolic and Bariatric Weight Loss Center in New York, says that people successfully lose weight on keto because they tend to eat less.

“They can stick to a relatively lower caloric intake because of the reduced cravings,” he explained to MensHealth.com. Some online transformation stories even suggest you can lose as much as 200 pounds on the Keto Diet.

The winner: The Keto Diet. With an important caveat: These results are often short-lived, says Kizer. “When people come off ketosis, they gain weight,” she says.

The verdict: The Paleo Diet is the better diet.

Both Kizer and Yurechko agree that Paleo is the better option in terms of overall health, simply because it’s less restrictive and includes plenty of fruits, vegetables, and lean protein.

“Paleo is a little bit easier to have that balanced, moderate approach. Someone doesn’t have to become afraid of carbohydrates,” Kizer says.

What’s more, she believes keto could cause people to obsess over their carb intake and develop an unhealthy relationship with food. “When did we start worrying about the carbohydrates in nuts?” she says.

Of course, most dietitians say the best diets are sustainable and include options from every food group.

“This is the problem I have with all of these fad diets,” Yurechko says. “A healthier type of diet is something you can do every day of your life.”