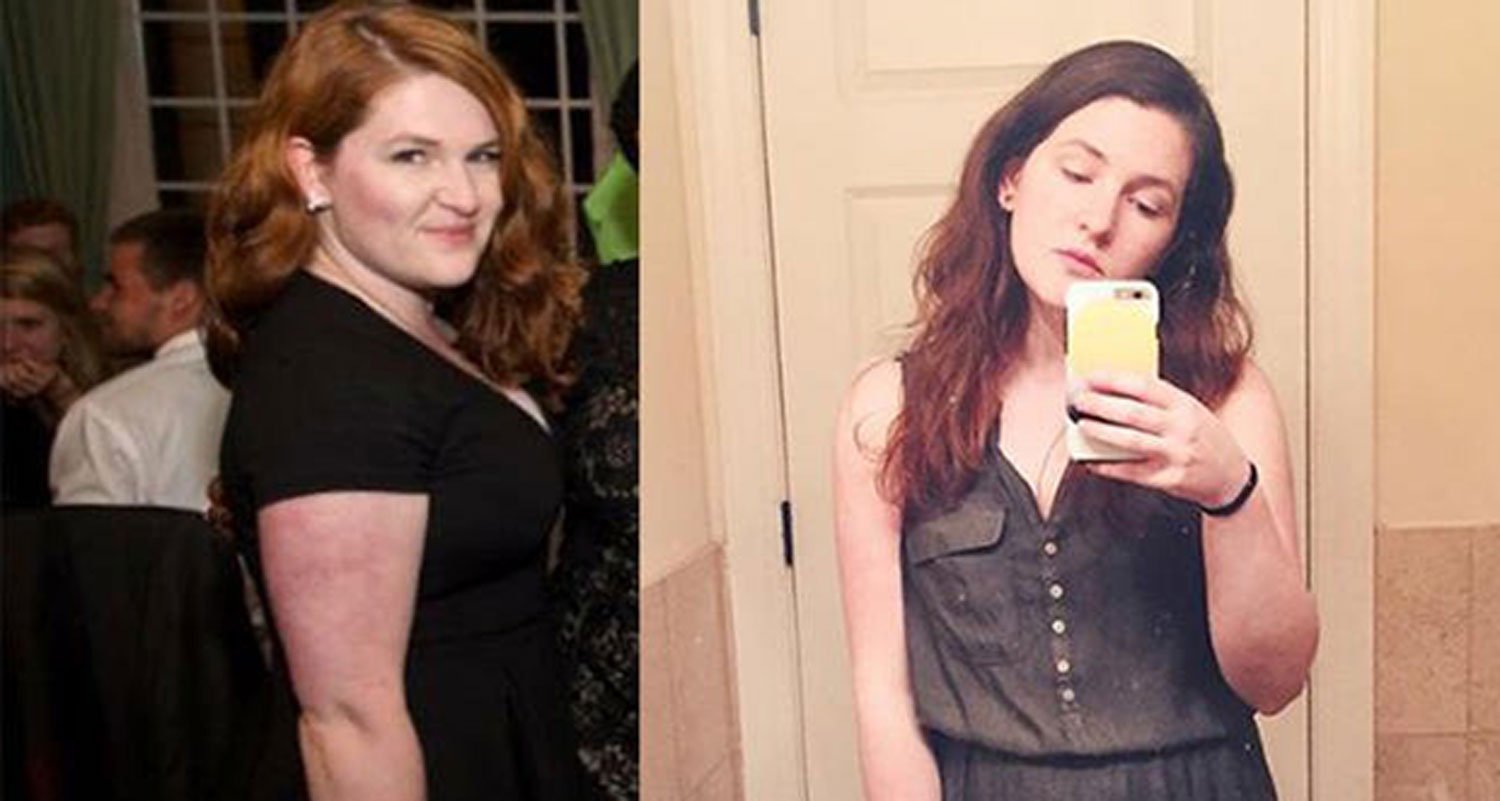 Food is something that I’ve always enjoyed. And, for a while, it was all I really enjoyed. I was in an unhealthy romantic relationship, which proved to be challenging to get out of. My then-boyfriend and I were living together at the time, and we had jobs that were leaving us both mentally and physically exhausted at the end of the day.

Continuing on this way, we both ended up feeling depressed and anxious quite often. Relationships can be really difficult even when just one of you is experiencing a greater degree of stress than normal. When both parties are struggling, it makes it so much harder to feel supported and also to be able to reciprocate—to provide support to your partner in tough times.

Food became, for me, a coping mechanism. And while I was eating foods that were (more or less) healthy, I usually went back for seconds and thirds. I was overeating on a near-daily basis.

In fall of 2015, I finally got out of my toxic relationship and moved into a new home in Philadelphia. It felt like I was hitting the “restart” button on many aspects of my life. And it made me realize that I had to make a change to my health as well.

For me, losing weight was about making all the changes I felt I needed to make to gain control of my life and happiness. My world had been kind of turned upside down when my relationship ended, but losing weight was something I could control and change for myself. It was all for me.

In October, I started using the Fitbit app, which calculated my ideal caloric intake for weight loss. The plan was ambitious, and involved cutting 750 calories per day from my existing diet. While it seemed really drastic, it also opened my eyes to how depression had affected how much I was eating. I was eating almost 2,300 calories per day—which was a lot for someone so sedentary and short. FYI, I’m 5’2″.

So I resolved to eat only 1,550 calories per day, which meant no more going back for seconds, watching portion sizes, and cutting out the mindless snacks.

I focused on making the calories that I did eat as nutritious as humanly possible. For breakfast, I would eat a whole-grain bagel with cream cheese and a latte. Lunch would be veggie heavy, with leafy greens and a small portion of a lean protein such as tofu or chicken. Dinner was generally my “loosest” meal, but I still watched my serving sizes and overall calorie intake. My typical dinners included a homemade pulled-pork sandwich or eggs and bacon.

As a city dweller, I have always walked a lot on a daily basis, but it was not until I added a Fitbit tracker into my regimen that I could really account for calories taken in and calories burned, which proved to be extremely valuable in helping me to reach my goals.

I started with 10,000 steps per day as a goal, and it wasn’t entirely difficult to hit the target. Walks to the subway station, to and from work, and short walks with my dog ensured I would hit the target most days. After about a month and a half, I increased my daily step goal to 13,500, which was usually attainable with a longer walk (or two) with my dog after work. These longer walks took me about 20 minutes each.

I also started working out consistently at Allongée, which offers dance-based classes generally comprised of either an even mix of strength and cardio, or a more cardio-heavy focus. All of the classes are 60 minutes long and focus on sculpting your small muscle groups and raising your heart rate, which was helpful for burning fat.

At first, I worked out two times per week taking cardio-focused classes. For the first six to eight weeks, I kept it to two classes per week, and then added another class to the count bi-weekly. By week 14, I was taking five to six classes per week.

With my regimen at Allongée and my new dietary plan, I was seeing changes week by week. In the beginning, I was losing about one and a half to two pounds per week. After about a month of modifying my diet and working out five times per week at Allongée, I was down five pounds. At the end of nine months, I was down 40 pounds and had lost over 14 inches!

Most days when we feel like we don’t have time to work out and eat healthy, we actually have just enough time. Planning ahead is key, and I have found that my busiest weeks are the weeks that I bring leftovers to work from home, as they’re often healthier than most of the other quick options available close to my workplace.

My general health is what keeps me motivated. Looking back at where I was, it’s a place I never really wish to be again, both mentally and physically. We all have coping mechanisms and I am finding it much more enjoyable to cope with stress by working out and by surrounding myself with positive people who lift me up.

More importantly, we can’t beat ourselves up over just one day. One day will not undo all of the hard work that you’ve completed over the past amount of weeks or months. If you lose it one day, it’s okay.

I’ve taken control over making myself happier and healthier, and I have gained so much confidence in both my physical and emotional strength.

Seeing what I am truly capable of has been really rewarding. I never thought that, as I approached 30, I would be in the best shape of my life; that I would feel more energetic, confident, and capable that I ever had before. But if you put in the work, your body will surprise you! I am so proud of what I have accomplished and the person that I have become.

For women who find themselves in a similar position as I was, I would tell them to remember that you deserve to be in a better place, and to get more out of life. If you believe that you are worth it, you can do it!

As told to Danielle Page. This article originally appeared on Women’s Health US.