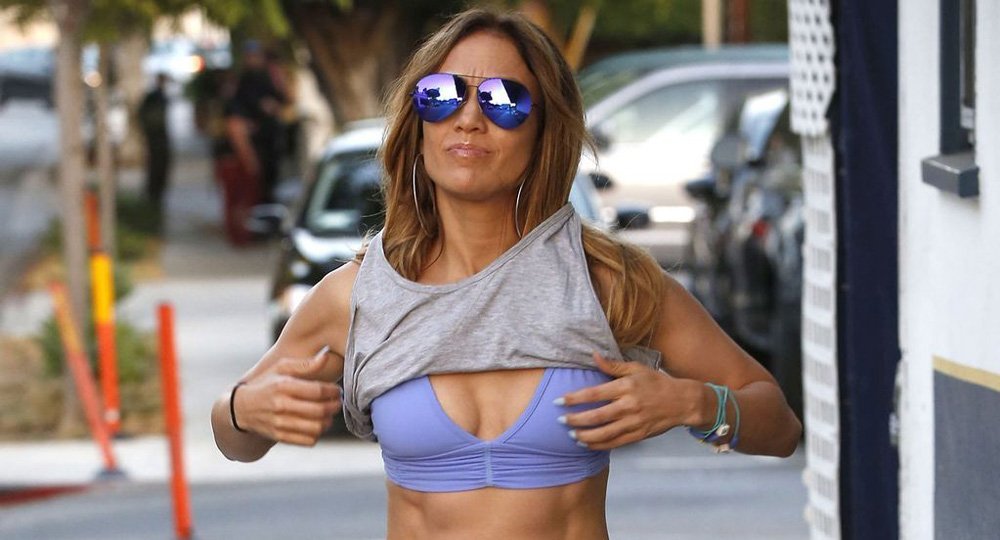 Never will you hear me utter “Did I eat lunch?” In fact, food has always been a driving force in my life: If I’m not eating it, I’m plotting to eat, and never do I diet. But lately, I’ve been giving my love handles a little too much love, and so I decided to reign in my eating.

Enter: Intermittent fasting. As in, eating 500 calories 1 to 2 days a week, or going 12 to 18 hours a day without food. More a dieting pattern than a diet, science says it can help you lose weight (a smaller eating window means less calories consumed), but even better, research has linked it to improved blood sugar levels, decreased risk of heart disease and cancer, and, according to neuroscientist Mark Mattson’s research, it might just help your brain ward off diseases like Alzheimer’s and Parkinson’s while improving mood and memory.

Celebs such as Jennifer Lopez, Miranda Kerr and Jennifer Aniston are all big advocates. Sounds too good to be true, right? Totally, which is exactly why I wanted to try for myself…

For best fasting results, work your way up.
I decided to follow time-restricted eating, or fasting 18 hours out of the day and eating the other six (no food between 8 PM and 2 PM). The first day I managed to abstain all 18 hours, but it wasn’t pretty. My mind was racking up obsessive food thoughts faster than my phone hunts Pokemon. The inner dialogue went something like this: I’m hungry, I’m hungry, I’m friggin hungry, I’m hungry, I’m STARVING, get this girl a cookie already!

Well, it turns out that abrupt withdrawal may not be the best way to go. Some experts recommend starting with just a couple of days a week and working your way up, while others suggest gradually increasing the number of hours you fast from 12 to 14… up to 18.

Still others say fasting isn’t for everyone, and if it’s making you miserable, just skip it. But I wasn’t giving up that easily, so I tried the gradual approach, starting with 12, then extending my fasted hours over the course of the week and—surprise, surprise—those swirling food thoughts faded away.

Once I got into my fasting groove, it was easy.
I work better with routine and so does Mark Mattson, the neuroscientist I mentioned above who’s been intermittent fasting himself for the last 35 years. When I emailed him for his in-the-trenches advice, here’s what he said: I would suggest that in the morning you drink some tea or coffee and keep busy working until 1pm.

If you usually exercise, then you may want to exercise at noon. Then eat a moderate amount of (healthy) food right after you exercise (e.g., 600 calories), and eat the rest of your food during a 3-4 hour time window in the late afternoon to early evening. The biggest benefit is that your mind will be clearer and you will be more productive during the entire morning.

So that’s what I did. I crossed off the majority of my work to-dos in the morning while drinking a ton—water, black coffee, bulletproof coffee, green tea. At around 11 AM my stomach siren would go off, but knowing that noon yoga or a hike wasn’t far off pushed me through. By the time I got home from yoga (1:30ish), the hunger had mainlined so I could eat my first meal, usually Greek yogurt with berries and slivered almonds, without ravenously wolfing it down.

The rest of the day was easy: I usually ate dinner and maybe a sweet snack and that’s it. Within a couple of days this became my new normal, the hangry switch turned off, and Mark was right: All that mental energy previously devoted to food—food prep, food planning, food consuming, food cleanup—seemed to flow elsewhere for improved focus.

Hunger pangs aren’t always cause for alarm.
There are a lot of food myths I used to eat up, but it turns out breakfast isn’t the most important meal of the day (no data actually proves that it makes you healthier or thinner), eating frequently doesn’t necessarily boost your metabolism (with a constant supply of carbs circulating through your system, your body can’t burn fat) and, contrary to popular opinion, hunger pangs don’t automatically lead to overeating.

I used to answer the call of cravings like I spring to the ding of a text—often and with urgency—but fasting taught me how to be comfortable with the discomfort of hunger. Now I think of pangs like I think of my mother: Sometimes overbearing, always opinionated, but their alarm bell advice isn’t always right or even warranted. What helped? Coffee, tea, keeping a schedule (see above) and knowing that hunger is just a sensation that comes and goes. Just make sure you don’t take it too far, because intermittent fasting doesn’t mean you should be starving yourself.

Intermittent fasting is like a friend with benefits.
When you commit to a diet like, say, Weight Watchers you’ve got points to add, forbidden foods to avoid, and a checklist of dos and don’ts that can make your head explode. Intermittent fasting rules are ridiculously simple, no guidebook or cookbook required, and you don’t have to be the dud at the dinner table. Wine, chocolate, and dessert are fair game!

The other thing that worked out in my favour was that it felt dang good. Granted, the first couple of hangry days were no fun, but on the other side of that, my energy levels skyrocketed, eating became an experience to be enjoyed rather than just food to be wolfed down, and everything seemed to have more flavor. Did strawberries always taste so sweet?

Exercising on empty has some surprising benefits.
I never exercise on an empty stomach. As a rule, I put something in the tank two hours before a hike or yoga class to make sure I don’t peter out… or pass out. But it turns out that exercising in a fasted state worked for me. Instead of feeling light-headed, I had more grit and go. I marched up that mountain on a mission and planked with more purpose. Major perks: Science shows that exercising in a fasted state can supercharge your body’s fat-burning potential.

The scale didn’t take a nosedive, but that’s okay.
I’d love to say I lost 5 kilos, but my body doesn’t really work that way. And besides, I only fasted 7 days. I’m definitely eating less food and weirdly feeling less hungry, which over time will result in fat loss. But we all know that if you’re only following an eating plan because of weight loss, you’re bound to fail.

That’s because, when the scale gets stuck, and it will, we’re quick to throw in the towel. It’s intermittent fasting’s built-in intrinsic motivation that keeps me going. My energy, focus, and motivation have all skyrocketed, and I’ve learned how to tell my hunger pangs who’s boss. Love handles, you’re next!