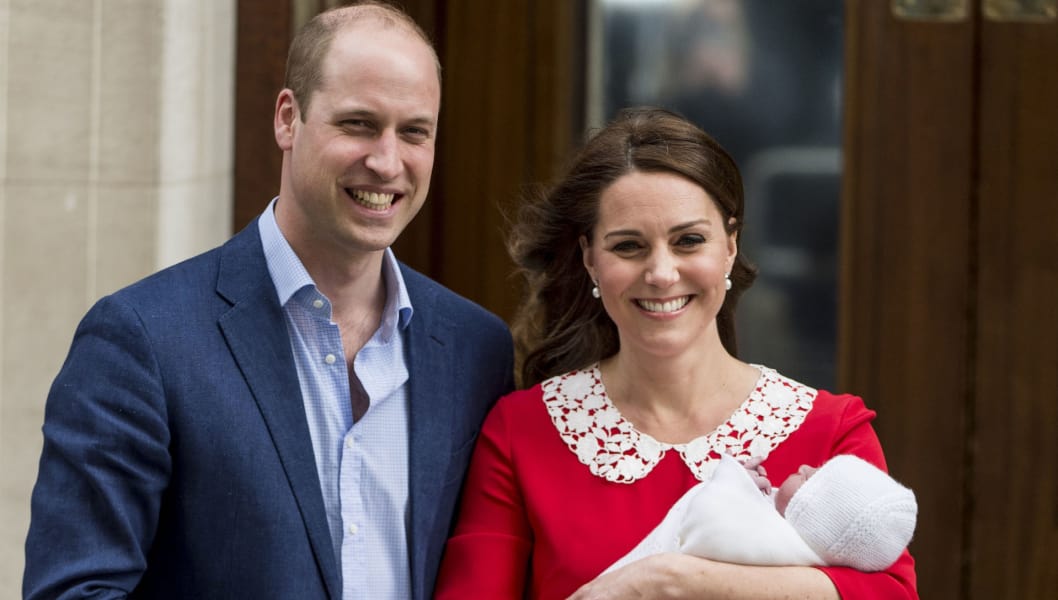 Prince Louis’ christening is all set to take place today around 11 a.m. Eastern at the Chapel Royal at St. James’s Palace in London, where Prince George was baptized. And now, we finally know who the godparents are. Drumroll please!

Although Louis could have his pick of godparents, his parents — Prince William and Duchess Catherine of Cambridge, aka Kate Middleton — have done the picking for him, obviously.

We admit it: We were a little bummed out to find that David and Victoria Beckham or Elton John or Helen Mirren or Judi Dench did not make the list. But people in the know about such royal etiquette had predicted that William and Kate would honor relatively low-key close pals or family members, the same way they did with Prince George (who scored a whopping seven godparents) and Princess Charlotte (who has five).

Prince Louis, now 11 weeks old, will have godparents who are some of Will and Kate’s dearest friends and relatives (but no Duchess Meghan — sorry). A palace insider observed to People magazine, “They are rewarding the loyalty of their really close friends and keeping the godparents from the tight, inner circle."

Louis will have three godmothers, all of whom own many fabulous hats:

Louis will also have three godfathers, all of whom have very expensive-sounding surnames:

Who will perform the baptism? None other than the archbishop of Canterbury, Justin Welby, who also baptized Princess Charlotte and conducted the royal wedding of Prince Harry and Meghan, Duchess of Sussex (née Markle) in May. Welby told the BBC that he expects the 40-minute christening to be "nerve-wracking" although "a great privilege."

The queen and her husband, Prince Philip, will not be attending the occasion, but all’s well. Harry and Meghan will be there, as will Kate’s parents and William’s father and stepmother, Prince Charles and Camilla, Duchess of Cornwall. The archbishop of Canterbury spoke warmly of the entire clan in his BBC spot. “They’re a wonderful family, there’s lots of love and it’ll be a great occasion.”

No doubt. But Will and Kate, if there’s a fourth child someday, we encourage you to throw some Beckhams into the mix just to spice things up a little.