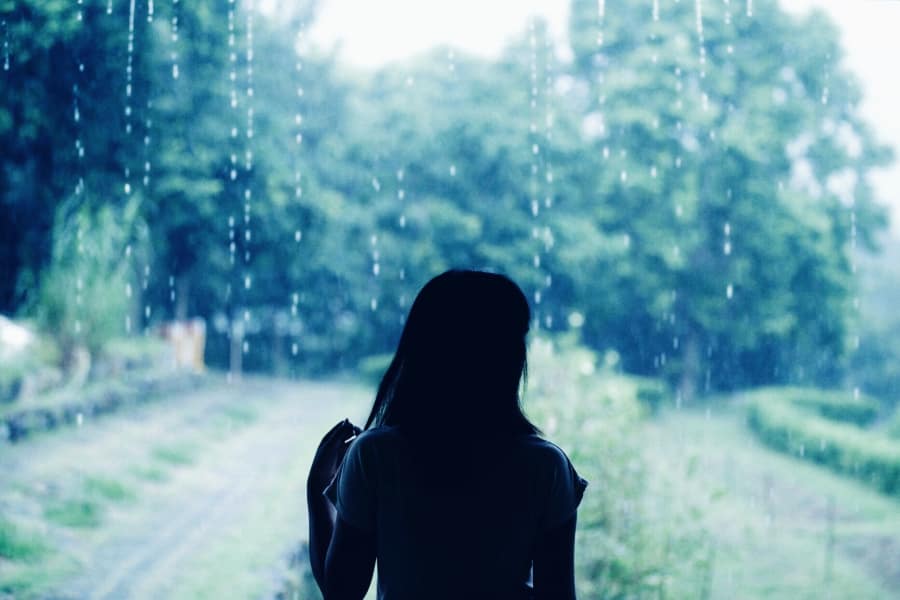 I was first diagnosed with depression when I was 19. I filled out a questionnaire for my doctor. He told me I was depressed, handed me a tissue and wrote me a prescription for antidepressants.

Looking back with the hindsight of 20 years of managing my own mental illness, I can see that the signs of depression were there long before that life-changing yet unremarkable 10 minutes in my doctor’s office. But in the early ’90s, nobody spoke about depression, anxiety or mental health. Moody teenagers were just moody teenagers. Teen angst was something to humor until we grew out of it.

But teenage depression is a thing — a very serious thing. According to Suicide.org, about 20 percent of all teens experience depression before they reach adulthood and between 10 to 15 percent of teens suffer from symptoms of depression at any one time, but only 30 percent of depressed teens are actually getting treatment.

What’s more, studies tell us that teen depression is on the rise. A 2018 Blue Cross Blue Shield report, "Major Depression: The Impact on Overall Health," found that diagnoses of major depression rose by 33 percent between 2013 and 2016 based on data from more than 41 million Americans. (And this doesn’t include the millions of Americans who don’t have commercial insurance.) Rates of depression were highest among young people, rising by 73 percent for teens.

Because some of the signs of depression could be mistaken for “typical” teen behavior, parents need to be extra vigilant if they notice an emotional shift in their teens, licensed clinical psychologist Dr. Liz Witmer tells SheKnows.

“Maybe your teenager seems more sad and tearful than normal,” says Witmer. “Alternatively, your teen may act more moody or irritable and have a hard time getting along with family members or their peers and teachers.”

Here are more symptoms of depression to look out for in teenagers:

"The way to tell if these changes are related to depression is whether they are changes from your teenager’s typical behavior," says Witmer. "A change from baseline that happens in connection with changes in moods is a sign that your teenager is struggling with a mental health difficulty."

Remember, every child is different, and what is a warning sign for one may not be cause for concern in another.

Identifying possible signs of depression in your teen is only the first step. The crucial — and often most difficult — part is providing support. If you’re finding it difficult to get your teen to open up to you, start trying to connect in small ways, like asking how school was that day during dinner or asking about their relationships with specific close friends. "A more in-depth approach to connecting with your teenager is spending special time one-on-one and having time to ask them about how life is going while doing an activity together," suggests Witmer. "Teenagers frequently share more when they have some other activity going on like shopping, playing video or board games together or going out for food."

Don’t lose heart if your teenager blows you off the first (or second or third) time. "You may have to chip away slowly at your teenagers’ defenses," says Witmer. "You are doing the right thing! They want to see that you will continue to seek them out. They want to feel that you care."

Witmer recommends calling a mental health provider or school counselor to talk about what your teenager is going through. "If you feel overwhelmed, seeking help from those who deal with teen depression on a professional basis is a great way to get support and ideas of how to move forward."

If you have concerns that your teenager is thinking of self-harming, it is important to ask even more follow-up questions. Have they been thinking about harming themselves? And if so, how? Have they done it yet? What keeps them from doing this?

"Talking about suicide, contrary to what some people believe, is the best ways to prevent future suicidal behavior on the part of your teenager," says Witmer. "It helps to normalize depression and suicidal thoughts as part of life and not something that makes your child ‘crazy’ or ‘different.’ When parents can have these check-in conversations with their teenagers, they model the fact that having difficult conversations is OK and important in family life. It also can help teenagers feel understood and more connected to their parents."

Judy Davis, cofounder of DASIUM, a company helping teens and young adults at risk for depression, addiction and suicide, recommends always erring on the side of caution if you think your teen has suicidal thoughts.

"If you feel your child is in distress, determine the level of crisis and take appropriate action," she says. "If they are unconscious, violent, unresponsive or have attempted suicide, call 911. If they express suicide ideation or are in danger of hurting themselves, take them to an ER or crisis center. All other causes for concern should begin with a full medical examination and then follow-up care with a licensed professional."

The statistics on teenage depression are terrifying. According to Stanford Medicine, people with parents or siblings who have depression are up to three times more likely to have the illness. I have everything crossed that my kids, one of whom is inching ever closer to teenage-hood, will be the exception. But if they’re not, I’ll be armed with the knowledge and tools to support them. As parents, that’s something we can all do — whether we have direct experience with depression ourselves or not.