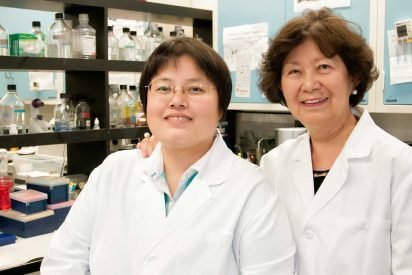 Pioneering work previously conducted by Shih revealed the role the MAO-A gene plays in depression and other mental illnesses, as well as autism and aggression.

In a study published in Oncogene, Shih and her co-investigators examined the role MAO-A plays in the progression of prostate cancer. The findings show that inhibition of MAO-A expression reduces prostate cancer development by decreasing cell proliferation and cancer stem cells.

“We’ve found MAO is increased in prostate cancer, glioma and lymphoma. In these cancers, we think the patient may benefit by treatment with MAO inhibitors,” explained Shih, who holds the Boyd P. and Elsie D. Welin Professorship in Pharmaceutical Sciences and serves as director of the Center for USC-Taiwan Translational Research. “We are eager to pursue preclinical and clinical studies.”

According to the American Cancer Society, more than 29,000 deaths from prostate cancer will occur in 2018, putting the disease just behind lung cancer as the leading cause of cancer death in American men. One in nine men will be diagnosed with prostate cancer during his lifetime.

“The results of this study are significant as they suggest that the MAO-A pathway is an important target in prostate cancer,” said study co-author Mitchell Gross of the Keck School of Medicine of USC. “This is especially exciting because MAO inhibitors are already FDA-approved and available to treat depression.”