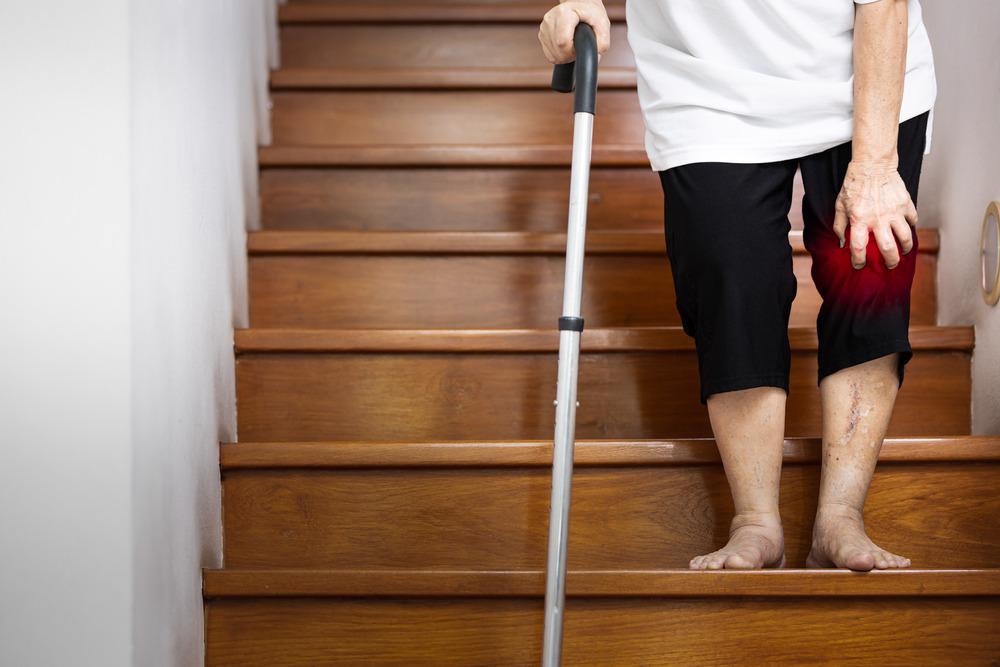 Bones consist of an extracellular organic matrix housed in inorganic mineral crystals. The organic matrix is mainly comprised of collagen type 1 amongst other proteins. Bones contain marrow and maintain a calcium reservoir. Common bone diseases associated with aging are osteoporosis and osteoarthritis.

Bone mineral crystals resemble hydroxyapatite and provide the body with mechanical function and structural support. These crystals also contain impurities reflective of dietary content. Bone formation and resorption are in balance in healthy individuals but the aging process brings deterioration to bone structure and function as per genetics, cellular activity and loading.

Human samples are difficult to assess in large numbers, so animal studies have been conducted to support the hypotheses of bone aging. In rats, serum markers of bone formation decreased with age. This was coupled with reduced mineral density, bone volume fraction and trabecular number, giving the symptoms of fragility and weakness seen with aging.

Bovine bones showed that trabecular struts became thinner with age and the ability of substructures to shift their orientation reduces. A study on premature aging in the klotho mouse presented deaths of osteocytes, impacting their interaction with the bone matrix. Bone density and elasticity also decrease with age in mice.

The spinal cord is comprised of vertebrae that are cushioned in a gel-like disk that exists between each vertebra. These disks provide flexibility for movement and the ability to contort the spine comfortably. They also absorb shocks to the vertebrae.

However, over time, the disks shrink as fluid is lost or dries out, in a process known as disk desiccation. This can result in pain as function is proportionally impaired and visually shortens the spine as the vertebra become closer together. Reduced height is exacerbated by the loss of foot arches during the aging process.

Joints also face the loss of fluid, reducing mobility. Cartilage may then wear away as surfaces chafe each other without fluid mediation. Finger joints lose cartilage and surrounding bones thicken; osteophytes may develop next to finger joints that have osteoarthritis. The cartilage in hip and knee joints degenerates with aging. Aging hip joints have narrower cortices and are susceptible to bending and buckling.

A study on tibia bones of the deceased showed mechanical weakening with age, older bones were brittle and thin. There are symptoms of aging in bones that differ between males and females. Males experience an erosion of bone struts while females lose connective tissue.

Cortical drift is a process that enables bones to develop ellipsoidal shapes during development. This process restarts in old age albeit inconsistently across different bones. Bones contain two types of specialized cells: osteoblasts are responsible for bone formation while osteoclasts induce bone resorption.

Osteoblasts initially make up 90% of cells in bones but specialize further after bone formation. These cells develop a mineral coat and conduct signaling via dendrites. Deposition of bone decreases with age as the pool of osteoblast precursors decreases and the lifespan of osteoblast cells is reached – they typically live around 50 years. Healthy bones have a balance between bone formation and endosteal resorption.

Cortical drift occurs when this is disrupted in aging with the reduction in formation and increase in resorption. Osteoclasts proliferate around older bones as they increase in resorption activity, in comparison to younger bones. The rate of bone resorption exceeds bone formation with age. This increased ratio towards endosteal resorption results in cortical thinning, while the continuation of bone developing on the periosteal surface increases bone diameter.

Individuals over the age of 60 report a 10% increase in fracture incidence according to the National Institute for Health and Care Excellence (NICE), UK.  Bones develop cracks through loading and daily activity. These form at the sub-micron level in both cortical and trabecular bones and are repaired by the bone remodeling process in healthy individuals.

During aging, cracks increase in frequency and depth. Fracturing forms when the cracks are too large to heal through remodeling. Three hypotheses have been posited to understand this failure of the remodeling process: disruption of collagen fibrils or bone mineral crystallites or debonding within the organic mineral complex. Alteration of osteocyte activity may contribute to bone structure instability.

Bone mineral density decreases with age and results in bone brittleness or fragility depending on the deficiency present in the composition of mineral matrices. Cortical bones become weaker as they grow more brittle and porous with age. Collagen content increases and becomes weaker through the formation of more non-enzymatic crosslinks with age.

Collagenous crosslinks affect mineralization and consequently impact the prevalence of micro-breaks. Advanced glycation end-products collect around the helical areas of the collagen molecules and are removed via bone resorption. This promotes osteoclast activity while reducing bone formation.

Werner syndrome causes the acceleration of age-related symptoms as a result of telomere attrition. Telomeres regulate the lifespan and reproductive ability of cells, because as telomeres shorten the cell undergoes senescence and apoptosis. An increase in cell death alters signaling pathways and mechanical output and contributes to shifting the bone formation and resorption ratio.

In correlation with age, marrow stromal cells face a decline in proliferation and a marked increase in cells in senescence. The rate of osteocyte apoptosis increases with tissue aging, via the mineralization of vacuous lacunae and disturbance of canalicular repair of microbreaks.

Bone remodeling is regulated by external stimuli, steroids, hormones, and local paracrine and autocrine factors. Studies have found that Wnt-associated genes gene expression is reduced in the cells of older human adults and mice in comparison to their younger counterparts. The Wnt pathway promotes osteoblast differentiation and impacts bone formation. 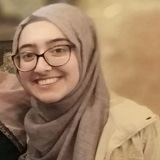 Zainab obtained her BSc (Hons) in Medical Genetics from the University of Leicester in 2019 having completed a research project in genetic analyses of novel L1 insertions. This project focused on examining the legitimacy of novel LINE-1 sequences that had been discovered in platinum genomes using bioinformatic tools. Utilising genotyping assays, the novel insertion under scrutiny was verified, sequenced and compared to existing L1s to determine distinction and a possible lineage. Further genetic analyses were performed using ceph plate populations to begin establishing the prevalence of this transposable element amongst the individuals in these known populations. 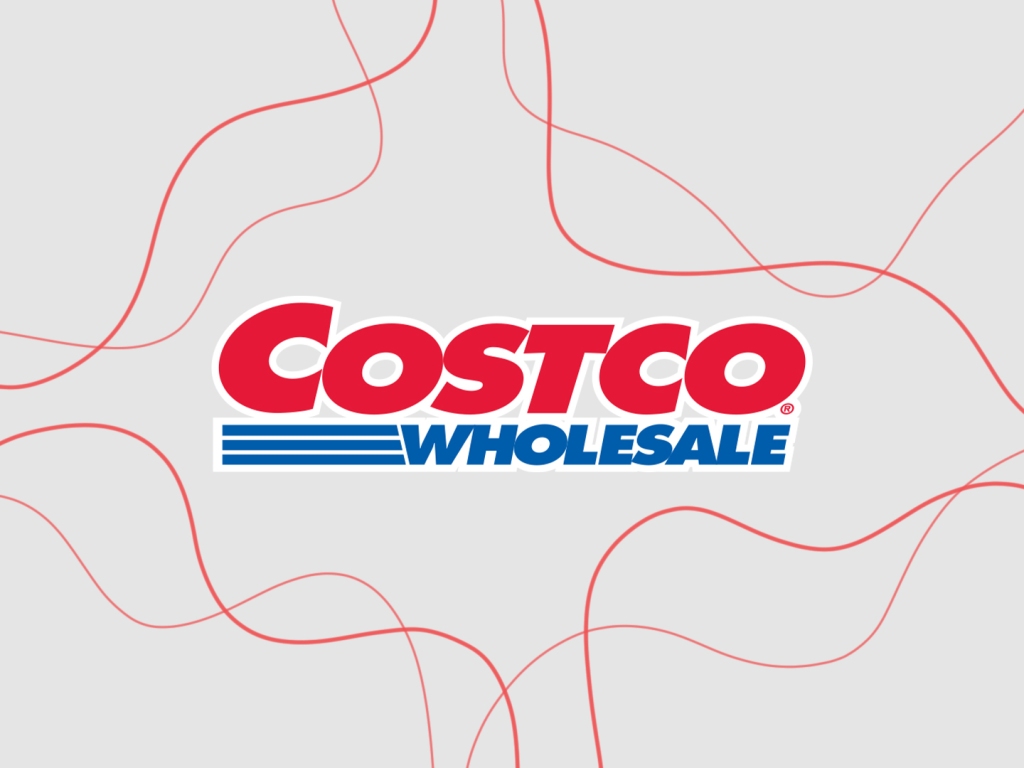 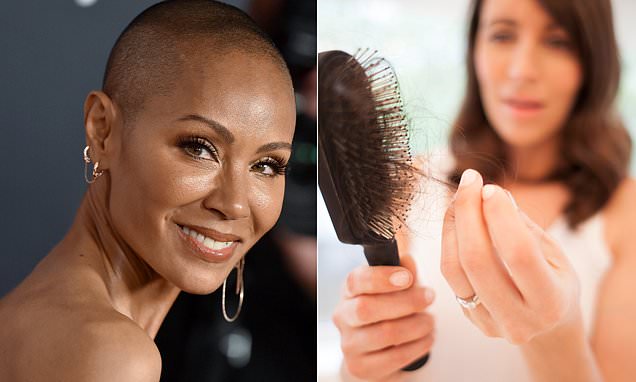