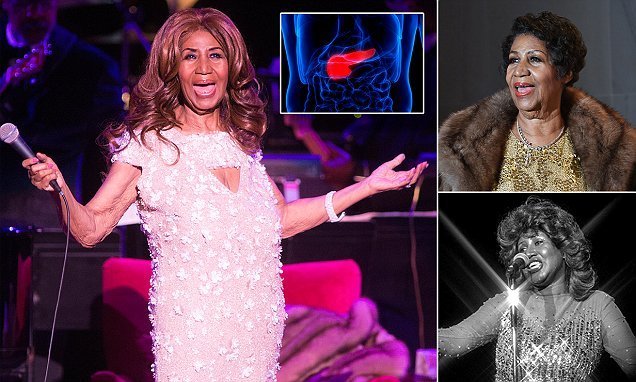 Why few survive the pancreatic cancer that killed Aretha Franklin

Why is pancreatic cancer STILL so hard to treat? Few survive the ‘silent’ disease that killed Aretha Franklin as most other cancers get MORE treatable

Aretha Franklin died today of one of the rarest forms of pancreatic cancer at age 76.

Medical advancements have vastly improved survival rates and time alive for cancers patients in general – but tumors of the pancreas remain some of the toughest to treat.

Only 20 percent of pancreatic cancer patients survive for a year after diagnosis. Just seven percent make it five years.

As other forms become more curable, pancreatic cancer is climbing the ranks of deadliest cancers, reaching number three this year, and set to soon become second only to lung cancer.

The Queen of Soul had surgery, most likely for a pancreatic tumor in 2010, and went on to live for another eight years.

Although hers was the less deadly form, an expert told Daily Mail Online why even a power house performer with every resource at her disposal like Franklin faces such tough odds with pancreatic cancer. 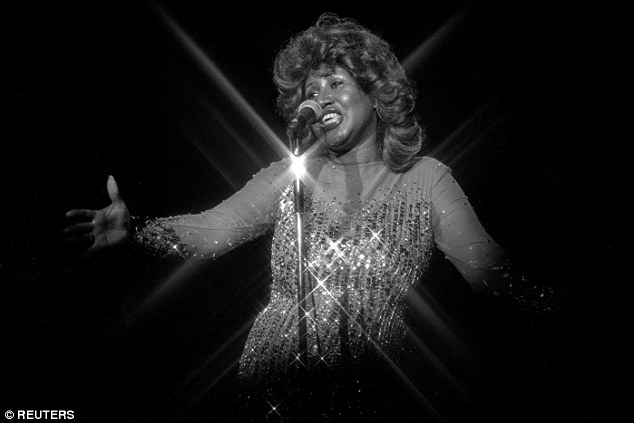 The Queen of Soul, Aretha Franklin, died today at 76 after a years-long battle with pancreatic cancer, which kills 80 percent of people who get diagnosed with the disease

Franklin had long struggled with her health, including battles with alcoholism that she confessed in her 1999 autobiography.

But pancreatic cancer is one of the cruel diseases that does not seem to distinguish between rock-and-roll lifestyle or none.

Who is struck by pancreatic cancer is largely unpredictable, according to Dr Eric Collisson, a leading University of San Francisco oncologist told Daily Mail Online.

‘In the majority of cases, we really just don’t know,’ he said.

The fact that Franklin was African American meant she was at a slightly elevated risk for any form of pancreatic cancer, which is also associated with obesity, smoking, diabetes and age.

But there are two forms of pancreatic cancer – adenocarcinoma and neuroendocrine – and Franklin had the latter.

Neuroendocrine tumors account for only five percent of all pancreatic cancers. While they are less aggressive, they are also ‘more heterogeneous,’ said Dr Collisson. 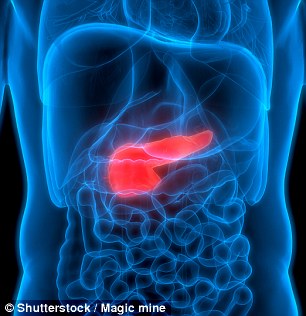 The pancreas (red) sits behind the liver and stomach, in the center of the body cavity, where it is difficult to ‘feel’ symptoms

That means that it is harder to predict who will develop these tumors, and how the cancers will progress.

Franklin’s case falls into the range of ‘what is totally typical,’ Dr Collisson said.

Both neuroendocrine and adenocarcinoma pancreatic caners are ‘serious, but the kinetics are different’ he explained.

Both cancers are ‘serious,’ and often prove deadly because they get caught too late.

‘The pancreas is deep in the body, so it gives very few early warning signs,’ Dr Collisson said.

‘There’s no mammogram for it, and you don’t feel your pancreas in the shower. It’s so deep in the body that a cancer has very few symptoms that cause it to be discovered.’

Sitting behind the liver and stomach, the pancreas is a six-inch lobe very near the center of the body cavity.

‘The job of the pancreas in normal people is to make enzymes that digest your food – especially fatty food – and to make insulin and glucodone, hormones which signal other parts of the body to get ready to digest and process food,’ Dr Collisson explained.

‘So it’s essential to digestion but it is not part of the digestive system.’

This means that a pancreatic tumor won’t necessarily make digestion grind to a halt.

Instead, ‘we usually find these tumors when they block something important in the abdomen, unless we do an abdominal CT for some other reason,’ Dr Collisson said. 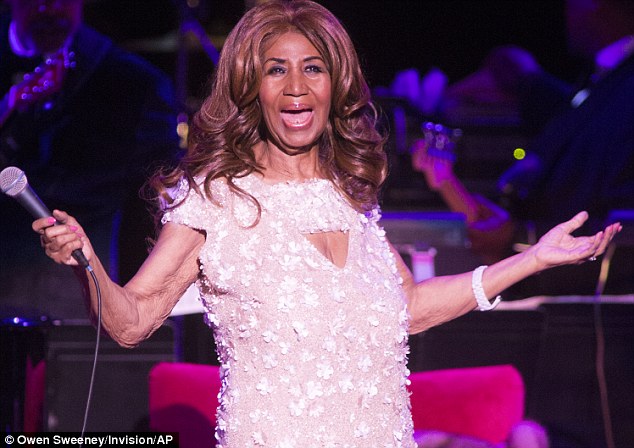 Franklin continued to perform when she could, as in this photo from last year, but the cancer itself as well as the drugs to treat it made her weight fall beneath 90 lbs before she died

‘So early detection is lacking.’

Currently, there are not screening tests for pancreatic cancer, but some institutions, including Johns Hopkins University, are working to develop these.

By the time doctors find these cancers, they have usually metastasized and spread to other parts of the body and become much more challenging to treat.

Every year, about 55,440 people are diagnosed with the disease, and most of them do not survive more than a year.

Dr Collisson said that about 80 percent of patients with adenocarcinoma, the more deadly form, already have metastases when they get diagnosed.

‘Neuroendocrine tumors’ like Franklin had, account for maybe one percent and ‘tend to be pretty variable,’ he explained.

‘Some can sit around for literally decades without metastases, not causing any problems, and others start out being good actors and then transform into malevolent tumors.’

Plus, chemotherapy is not very useful against these cancers.

Instead, scientists are looking into other treatments that ‘turn off’ the cancer’s effects on endocrine receptors and tamper with the body’s normal functions.

The latest research used immunotherapy to seemingly ‘cure’ lab animals of pancreatic cancer, according to the researchers’ July 2018 study, but the method is far from being safe or available to humans.

Drugs and the cancer itself can cause dramatic weight loss like Franklin had – dropping to under 90 lbs before her  but ultimately they are really treating the symptom more than the cancers and few survive.